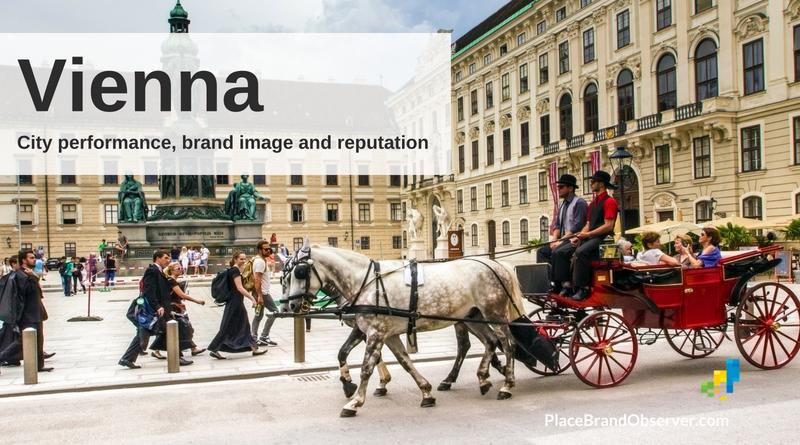 How much global power does the Austrian capital have?

Vienna’s performance in the Global Cities Report has been deteriorating during the past seven years: from ranking 13th in 2012 to 25th in the latest 2019 study.

The city’s performance is similar in the 2019 Global Power City Index where it ranks 21st.  Vienna has also shown an important decline in this index, considering that in 2008 it held a strong 5th position. In this index, Vienna has an average ranking in environment (11th), accessibility (13th) and cultural interaction (17th). Livability (21st), economy (32nd), and research and development (36th) positioned Vienna lower in the 2019 edition.

Vienna as a hub for innovation

How dynamic is Vienna compared to other European cities?

Vienna ranks 17th in the Dynamic Cities study that benchmarks European cities. The Austrian capital received the highest score for inspiration (77/100) and infrastructure (71/100). This was followed by interconnection (70), inclusion (69), and innovation. With 66 points out of 100, investment is Vienna’s lowest-scoring pillar.

Ipsos Top Cities ranks Vienna 18th in its 2017 study. Segmented by different age groups, baby boomers (born between 1945-65) seem to be the ones who most appreciate both visiting and living in Vienna.

The 2019 Innovation Cities™ Index positions Vienna 25th in the study on the world’s most innovative cities. This is six positions lower than last year and makes it Europe’s fifth best-ranking city in this index.

How attractive is Vienna for digital nomads?

For a digital nomad, Vienna is a good place to live in. According to the Digital Nomad Index, Vienna ranks average for most categories. Its overall position is 22nd out of 56 cities.

The category in which Vienna performs worst is the acceptance of migrants (44th). Similarly, the Nomad List also ranks Vienna low for lack of racial tolerance. Another downside to consider is that Vienna is an expensive city to live in.

The Digital Life Abroad report, which assesses Austria as a whole, praises accessibility to the Internet and the wide availability of administrative/government services online as two assets that make a digital nomad’s life in Vienna easier.

Which are Vienna’s strongest assets of environmental sustainability?

Vienna performed very well in the 2018 Arcadis Sustainable Cities Index with an overall ranking in the 5th position. The city ranks 4th in the Planet sub-index, 14th in the Profit sub-index, and 14thw in the People sub-index.

Vienna also ranked 4th in the 2012 European Green Cities Index, which highlights its strong performance in areas such as waste-water treatment, energy use, public transport, and waste and land use. Environmental governance, buildings, CO2 and air quality rank somewhat lower, but all still within the top-10 of Europe’s greenest cities.

Vienna as a cultural and creative capital

Should Vienna be considered as one of the cultural capitals of Europe?

Vienna ranks 6th in the XXL (>1 million inhabitants) group of The Cultural and Creative Cities Monitor: 2019 Edition. The city ranks in the 3rd position for ‘Cultural Vibrancy’, 7th for Enabling Environment and 16th for Creative Economy.

How strong is Vienna as a city brand?

Vienna has a very high 4th position in the 2018 City RepTrak® ranking. However, this is one position lower than in the 2017 study. In 2017, Vienna performed best in the sub-indices of livability (10th) and visiting (9th).

Enjoyed our summary of global rankings and indices on Vienna’s economic performance, its sustainability, attractiveness for digital nomads, brand strength and reputation? Thanks for sharing!