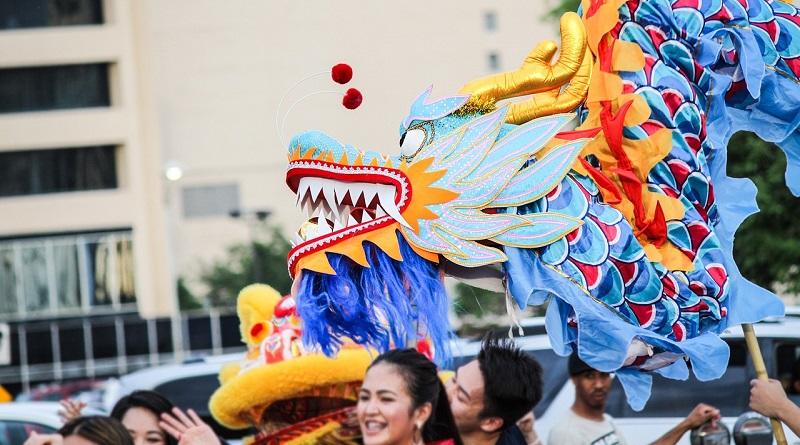 It is interesting to write about China and try to capture its perception when it makes itself known to the world only as much as it would like to be known. China likes to believe that it scripts its own past, present, and future. Often described as despotic, autocratic, opaque, the Chinese Dragon likely couldn’t care less. It wields brand power like no other: it holds sway at international fora, creates on unimaginable scales, possesses sporting excellence and is an economic force to be reckoned with, all while its military might is proudly on display.

I recently had the opportunity to talk with Deep Kapuria, Chairman of Hi-Tech Gears, Ltd. in India, and asked his thoughts on Brand China. Kapuria’s experience can be traced to his having held several prominent positions across industry councils in India, as well as having vast business experience with China.

He says, “A nation’s brand is a result of the levels of FDI and tourism it attracts, as well as the premium attached to the goods manufactured in the country, along with the perception and emotions people have with it. A nation’s brand is thus a key determinant of its growth. According to Brand Finance’s ranking of top 50 nation brands, the USA emerge as the most valuable country, followed by China and then Germany.”

Nation branding is indeed an essential strategy to project, position, and promote a country. The established goals of nation branding vary across the spectrum from attracting high-quality investments, to recruiting the best and the brightest, wielding political influence, exporting goods and services and attracting tourism.

Nation branding is an essential tool, which can help a country map its achievements, potential, strengths across its population, government, institutions, industry, and academia. In fact, it provides a blueprint for a more focused and diligent management of resources for future growth and sustainability. It can be effectively leveraged to create a robust and coherent brand identity for a country. To this extent, China probably could be placed among the top of the heap, though the methods and strategies adopted to achieve these may be parked aside for now.

So do we visualize Brand China as the success story of a nation which has cleverly packaged its brand power? Its labor force expansion and massive investments gave it the status of the “factory of the world.” History gave it the persona of the Chinese Dragon. The philosophy of Confucius, known for its rich legacy of wise words, added depth to China’s ancient tradition and history. The martial arts mesmerize. Despite India ranking second in the number of tea drinkers and tea being a British legacy, it is the Chinese tea, which is perceived the world over as a revered tradition. Not to miss, of course, the Chinese food, which like many cuisines adapts to the palate that it caters to across countries. It is apparent that Brand China has several touchpoints that attract.

China appears to build on its legacy each year. While strategically planning to create Confucius centers across the world – much akin and borrowing from the British Council and the Alliance Francaise – to create a deeper appreciation of its culture, it has rapidly ramped up its business successes. Baidu, Alibaba, Tencent and WeChat are the country’s response to Twitter, Facebook among others. Currently, the Chinese consider WeChat to be leaps ahead of any of the more popular global search engines or payment wallets. More recently, Uber bowed out of the China market, allowing Didi to assume the share-ride market. These examples reflect how China has gone beyond expectations to prove that their solutions can scale and match up to the best that the West has to offer across sectors.

Challenged for its innovation abilities though and at times referred to as a copycat innovator, China seeks to move aggressively up the proverbial street. According to a 2015 McKinsey Quarterly report, whereas China has become an influential innovator in consumer electronics and construction equipment, it has not been a world leader in science-based industries. Despite this fact, it spends an average of US $200 billion on research every year (second only to the United States), counts more than 30,000 PhDs in science and engineering and leads the world in patent applications (2013 data).

With China wanting to maintain its lead, what drives Brand China? I found the answer when I approached Lois Dougan Tretiak, the globally acclaimed China expert based in Beijing, who has been observing and advising on China for over 35 years, including providing economic and political insights to many of the world’s largest global foreign investors in China.

Lois suggests, “Today, China needs to be seen as a ‘can-do’ world power. It gains notice for the quality of its output in many areas but specifically in electronics, its consumers’ intense interest in acquiring the latest electronic products, i.e. cell phones, and consumers’ willingness to pay for upgraded models.” She further adds,

“China is a country that was waiting, perhaps unknowingly, for the electronic age, and then eagerly adopted, adapted, and innovated in that sphere. The world’s second largest economy, China becomes more competitive daily economically on the international stage and increasingly willing to participate in negotiating world diplomatic problems.”

China’s ‘can-do abilities’ set it apart. On the other hand, with such successes behind it and the hunger for more being scripted each day, how does one size up such a nation brand? Simon Anholt’s Good Country Index places China at the 64th position. On the sub-indices, China is ranked 27th in global contribution to health and well-being and 16th on international peace and security!

It may be apt to add Deep Kapuria’s views from India here as he further continues, “A recent WPP study has defined a two-sided model of factors that define a country brand – leadership and legacy factors.” Openness for business, cultural influence, adventure, and heritage make up the legacy factors.”

Kapuria further told me: “China has had remarkable success in restructuring its economy from labor-intensive manufacturing into one that is knowledge-based and innovative. However, China has a lot of work to elevate itself to become a competitive nation brand.”

“In addition to the legacy factors, the leadership factors play a more direct role in determining a country’s brand. The world currently views China as unfashionable and quite unhappy. While China seems to have improved on the Human Development Index, life satisfaction levels have declined considerably. And these surely impact how the world views China, as far as quality of life, its cultural influence and the strength of its institutional framework is concerned. I believe that China is making much progress on the Legacy factors. For the Nation’s brand to sustain, much work needs to go into the Leadership factors.”

These are indeed very interesting observations on a country brand, which reveal the dichotomy in branding analysis.

While business, trade, and tourism continue to be the more abject defining measurables, challenges complicating today’s world are creating new elements countries need to consider when calculating the worth of their nation brand. This is the new prism in which perception probably plays a larger role and could exert pressure for change.

China in this context and more broadly in Asia, represents this dichotomy. So, we’re left asking: does the Chinese Dragon care about its external perception? The jury is still out.