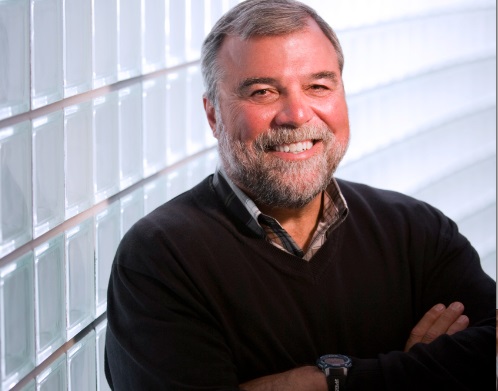 Ever since Philip Kotler in his interview with The Place Brand Observer mentioned smart cities as a key trend to watch in city branding and marketing, we’ve been wondering what this might look like. As the person in charge of new Smart & Resilient Cities website, Frank Cutitta knows a lot about the topic. In this interview, he explains us why smart cities are the future, who is leading the race and which are the main challenges for city managers and branders.

Frank, a few words on your current professional projects and responsibilities?

I currently devote most of my time driving the editorial and data aspects of new website Smart & Resilient Cities. The driving force behind the launch of the S&RC portal is Scranton Gillette Communications, an established media and events company near Chicago specializing in numerous infrastructure segments.

I also sit on a number of outside boards of directors and teach graduates courses in Intercultural Communications and Personal Branding at Northeastern University in Boston. In addition, I have another brand called Grays on Trays that focuses on teaching “mature beginners” how to snowboard.

Did the topic of place branding play a role during your time as CEO of the International Advertising Association (2003-2005)?

Yes, constantly. While most of our members were large global advertisers, agencies and media companies, we had over 90 local chapters around the world. Each one of those chapters could be considered a “place” within the broader context of the global headquarters. As such there was always a healthy competition as to which chapter was the thought leader in international advertising trends, and how that was embodied by the strength of its membership.

We also became very well aware of place branding when we began planning for the next venue for our IAA World Congresses. Many cities wished to be the host for convening the brain trust for the worldwide advertising industry. This was only partially related to their ability to provide the technical aspects for such a large congress, but also because they wanted to associate their city with leadership in the advertising and media industry.

A perfect example was our decision to hold an IAA World Congress in Dubai, where they were very proud of the incredible “Media City” they built to reinforce the UAE’s media footprint to the rest of the world.

Advertising is such a broad concept in 2015. But in general, like any advertising it is only as useful as the creativity that goes into the multi-channel aspects needed in an age of digital and conversational media.

So my short answer would be if you define advertising as limited to the old print and broadcast media, you’ll be “clapping with only one hand” in the city branding marketplace.

Most of the branding action will be in unstructured “conversational media” where travelers or local citizens discuss the positives and negatives of the brand in public forums. In this sense place branding experts must be experts in ‘listening” and in driving the conversation to or away from positive or negative conversations respectively.

One of my practices is trademarked as “Weapons of Mass Discussion”, and I think that best describes how place branders must view the multifaceted world of advertising and social media in the 21st century.

There are tremendous synergies between the smart and resilient city phenomena and the global branding principles I’ve experienced over the past 30 years.

Cities, as complex and dynamic ecosystems have many more brand elements than most products. But the global branding techniques for promoting these individual attributes are very similar to those that I’ve used in my work. The trick is in aggregating the various atomized city attributes into a central brand essence.

In a nutshell, what is the Smart & Resilient Cities project all about?

What does it take for a city to earn the title of smart and/or resilient?

The definition of a smart or a resilient city can vary wildly. Some cities consider themselves as being “smart” because they have something as simple as bike lanes and apps that provide train schedules. Others are deploying sophisticated open data initiatives that aggregate data feeds from the “Internet of Things” sensors and provide some very sophisticated analytics culled from numerous city silos.

In some countries like India there are huge national infrastructure programs to develop 100 new smart cities from the ground up by the year 2020.

Resilient Cities have largely been driven by the work of the Rockefeller Foundations 100 Resilient Cities initiative. These strategies are stereotypically thought of as being related to natural disaster preparedness. However much of the resilience work being done now is more related to city stress and “slow motion disasters” that could be caused by poverty, immigration, or simply the decay of city infrastructures over time.

Do you have examples of Smart Cities?

Cities that seem to come up the most in our news section because of the breadth and depth of their initiatives are Barcelona, Dubai, Seoul, Boston, Bogota, Medellin, Pittsburgh, Kansas City, Philadelphia, San Francisco, Bristol (UK), Copenhagen, Amsterdam, New York City, Sydney, Buenos Aires, and Tokyo.

Which aspects of developing a smart & resilient city are the most challenging?

My research shows that the most underestimated universal element to successful smart and resilient city is the ability to get citizen buy-in. It goes back to the old proverb that “culture eats strategy for breakfast”.

For this reason most of the successful smart city initiatives show strong evidence of civic engagement strategies that make the taxpayers an integral part of the process, yet not so much so that the project is thrown into a state of engagement paralysis.

The second universal challenge is funding. City budgets are tighter than ever before, and even those cities that have healthy budgets can fall victim to changes in administrations and their smart cities philosophy.

And this leads to the third critical element, which is strong mayoral leadership and vision. Every successful program I have seen has been driven from top-down inspirational vision with bottom-up support from the citizenry who see the return on taxpayer dollars.

Your thoughts on the current state of place branding in the USA?

I judge the place branding market in the US by the amount of information on the topic that comes past my Smart & Resilient Cities editorial desk. I would say that many ad agencies, research firms and academic institutions see place branding as a subset of their tourism and economic development portfolios. This is perfectly fine, but in my work there are dozens of subtleties related to the smart city evolution that don’t fall directly under the traditional place branding strategy.

For example, how much of the place branding strategy is directed internally, to the citizens and current business constituents of the city, versus how much is spent focusing on attracting new business and inhabitants.

Our experience tells us that strategic place or neighborhood-specific communications programs targeted to the current residents are fundamental to external place branding strategies.

For example, the Boston Mayor’s office for New Urban Mechanics, a civic technology incubator, went “retro” by conducting a study on how citizens in neighborhoods could better interact with old-fashioned paper flyers that are typically attached to light posts or kiosks. In a world of mobile apps, they found that flyers were much more effective for citizen engagement.

The top five ingredients for developing a smart and resilient city brand?

People and businesses are increasingly drawn to sustainable and resilient ecosystems. Business continuity equates with stability in the work environment, which results in happier workers and customers.

Communicating those brand attributes in smart city branding strategies assures competitive advantage when people are choosing where to live, where businesses decide where to locate, tourists decide to travel, and organizations decide on a venue to convene.

The job is nowhere near done after the “sale” is made. There must be an ongoing internal city branding effort to the constituents to assure them they made the right decision and that their taxes have result in a “return on investment and citizen happiness”.

Which trends do you observe related to city branding and marketing?

I think there will continue to be greater emphasis on the digital aspects of city brands that parallels the evolution of smart cities deployments. City brands that offer ubiquitous WiFi services and citizen/tourist friendly apps that increase the quality of life or visit will be the minimum price of entry for a competitive city brand.

Smart transport and mobility are driving the increase of perceived “smartness” of many cities. On the more basic level simple initiatives as bike sharing, bike paths, and ride sharing alternatives are key indicators on the smart city meter.

The concept of “complete streets” or the integration of transport, pedestrian experience and economic development in some very interesting ways has become a major trend.

The whole Internet of Things “sugar rush” has become foundational to even the fledgling smart cities. But as mentioned earlier the conflicting trend is related to pushback from citizens and city silos related to data sharing and privacy.

Lastly, cyber security is key. Department-by-department security strategies must now be woven together as a pan-urban cyber security framework. Security breaches now have seismic effects on urban life given the connectedness of transport, energy, water, smart buildings, and environmental factors.

Your top 3 recommendations of books for those in charge of building smart and resilient cities (or city branding)?

Smart Cities: Big Data, Civic Hackers, and the Quest for a New Utopia by Anthony Townsend

Anything by James Florida including The Rise of the Creative Class: And How It’s Transforming Work, Leisure, Community, and Everyday Life

Street Smart: The Rise of Cities and the Fall of Cars by Samuel I. Schwart

I’m also a huge fan of Charbel Aoun, who is on the vendor side of smart cities but writes some very thought-provoking blogs on the mistakes cities make in developing a strategy. He describes many of these initiatives as a “puzzle without a picture”.

Connect with Frank on LinkedIn or visit smartresilient.com (@smartrescities) for latest news and insights linked to smart and resilient cities.

Enjoyed our interview with Frank Cutitta on smart and resilient cities? Spread the word! 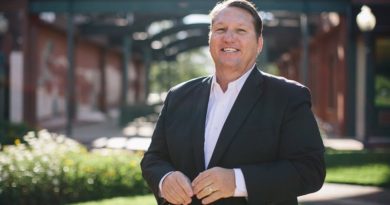 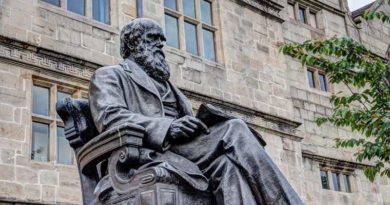 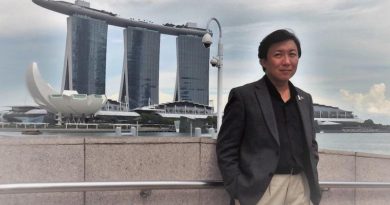