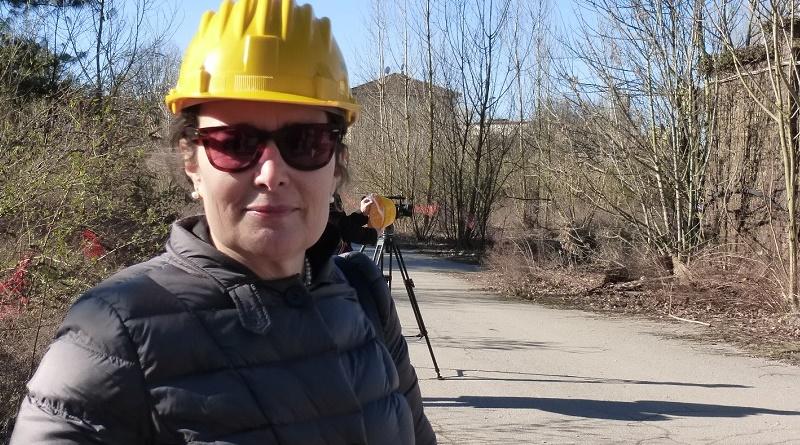 Today, we head to Milano in the North of Italy, where Maria Cristina Paganoni has been researching how new media is used in city branding – with key insights now published in [easyazon_link identifier=”1137387955″ locale=”US” tag=”tpbous-20″]City Branding and New Media[/easyazon_link] by Palgrave Macmillan.

Cristina, what stirred your interest in place branding?

My interest in place branding stems from a number of personal and professional factors. At a personal level I love travelling and writing about it, but I also like discovering ‘familiar’ places. As they keep changing, places require constant monitoring and interpretation. Besides, the interaction between people and place is fascinating.

At a professional level, as an academic specialised in discourse analysis, multimodality and web-mediated communication, I find the convergence between place branding and new media a rewarding field of research, and one with a relevant social focus.

What motivated you to write your book City Branding and New Media?

I wanted to highlight the specific contributions that my disciplinary expertise could provide to city branding. This is why I decided to stress the linguistic, discursive and semiotic strategies through which the contemporary city is communicated to multiple publics and stakeholders. I chose to place my focus on public administration and local government rather than private investors, as I wanted to emphasise the role of city branding as a catalyst for citizenship.

What is the book about? 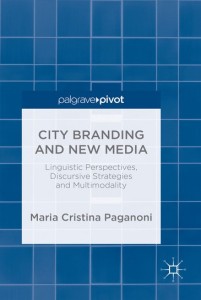 The book explores city branding in the public sector from a linguistic, discursive and semiotic perspective, analysing how local municipal governments use new media in their communication agendas. At a European level, the United Kingdom is recognised as setting a benchmark in the use of new media in the public sphere.

This is why the first chapter describes the website of Manchester City Council, a municipality that has successfully invested to make website language and design as user-friendly as possible.

Then a selected data set, made up of twelve British municipal websites and their profiles on the social web, is researched to illustrate the language through which the contemporary city is usually branded.

Cities are ‘vibrant’, ‘diverse’, ‘inclusive’ and ‘cosmopolitan’, though these adjectives are inevitably vague when not corroborated by actual policy, or even misleading when they hide gentrification processes.

Heritage is also discussed as a key factor in city branding: in a time of dwindling funds, branding heritage on the web and social networks appears to be an effective way of creating and maintaining community involvement and commitment over time.

From a linguistic viewpoint, the big innovation is transmedia storytelling, i.e. narratives that are adjusted to different media platforms (e.g. from institutional websites to the social web) and are often co-constructed by multiple narrators.

Within a European framework that is increasingly sensitive to heritage, British heritage politics can be seen as promoting best practices that progressively resonate elsewhere, for example in my country, Italy.

This is why in the book I also describe the case of Sesto San Giovanni, a former industrial city on the outskirts of Milan that is bidding to be inscribed as a UNESCO World Heritage Site and is rediscovering its industrial past, also through its local residents’ knowledge of the past and involvement in heritage promotion as a source of identity.

The final chapter is dedicated to the analysis of world fairs, as mega-events play a major role in city branding. Shanghai 2010, which I visited and wrote a reportage about, will soon be followed by Expo Milano 2015.

Despite remarkable differences, both world fairs thematise sustainability at their ideological core. As for Milan, despite a few wobbles, the ‘smart city’ concept is also central to the branding of the event.

What are the key insights from the book?

We all agree that city branding is an important and dynamic tool in contemporary urban governance. My belief is that, however, it is still too often exploited as a set of marketing strategies rather than as a way to build a more democratic society.

Less competition, more transparency, inclusion and cohesion, this is what I would advocate.

Local governments should pay greater attention to how they build their online identities without falling back on awkward language, unrealistic images and stereotypical communicative clichés, or top-down managerial attitudes.

After all, they handle public money and collective goods.

On the other hand, I realise that involving citizens in policy making is not a simple process. From the viewpoint of discourse, it requires a responsible control of language and images, while managing feedback is complicated.

As for heritage, citizen participation and involvement are essential to its preservation. True, we live in a globalised world, but the local dimension should not be overlooked as it shapes everyday life.

New media should make life in the city easier: I am thinking of e-services and helpful apps, public wi-fi and social networks as a way of keeping citizens constantly informed.

Besides, new media should favour emerging forms of what we could call ‘participatory and embodied appropriation’ of place: geomapping practices, psychogeographical narratives and the building of collective archives of visual and verbal memories that would otherwise go lost.

As an academic, what fascinates you about city brands and place branding?

I am most fascinated by the ongoing efforts to involve – or, at least, not to exclude – citizens from the life of their city through new media. Language is not just a passive, it is a pro-active resource, in the sense that it opens up new possibilities.

Nonetheless, the Internet is not intrinsically democratic; building a meaningful public arena is much more complicated than just saying what passes through one’s mind and publishing it online.

What is at stake is the dynamic redefinition of place by means of narratives that can be meaningfully shared by a community.

How important are city brands for 21st century public administrations?

They are incredibly important as the contemporary city needs to address a multiplicity of publics, at the local and global levels. Behind a municipal website’s design and information architecture there is – or there should be – a serious urban project that needs to be translated into meaningful words and image.

How can place branding be used for social cohesion and active citizenship?

First of all, a place brand should be aware of the actual population’s make-up and include their opinions. Cultural activities should emphasise what is already going on at a local level and promote synergy with other realities.

Local creativity, especially on the part of young people, should find an outlet and become a central part of the place brand.

Your thoughts on Italy’s place brand/image, and how it has changed over time?

There is still much to do. Italy tends to be an old people’s country where youth creativity is too frequently stifled. Municipal websites often have an outmoded design and efforts to clarify public administration discourse are still tentative.

E-governance is still in its infancy.

Italy’s relationship with heritage is controversial. Though things are changing, historic remains and museums are often undervalued or neglected (just think of Pompeii). Too often the prevailing idea of tradition (I am now referring to immaterial heritage) is something obsolete, whereas tradition should be seen as a dynamic potential in a vital relationship with innovation.

As for institutional bodies, the Italian Ministry of Cultural Heritage has a history of chronic inefficiency and I doubt that things will be changing in the near future.

What role do new media play in the city branding context?

New media connect cities at a global and local level. The contemporary ‘glocal’ city is crossed by an incessant flow of people, information and transactions that new media facilitates and helps to share.

Customisable e-services improve standards of living, especially in the ‘smart city’ scenario where information is increasingly accessed on mobile devices. E-governance involves citizens in decision-making. Heritage preservation finds in new media a mapping tool and sounding board. Tourism is boosted by downloadable apps. 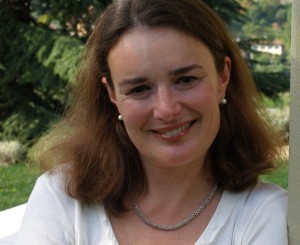 From your research, how do local municipal governments use new media in their communication agendas?

It varies from country to country and from city to city. Italy is not as advanced as the United Kingdom, there are widespread forms of cultural resistance together with lack of a clear focus on cultural policies.

Despite evident differences, instead, you can see that the communication agendas of British cities are set within a framework that aims to improve digital literacy and e-government towards nationally established goals. In Italy parochialism prevails.

Nonetheless, there are a few signs of hope. One of these is the city of Matera in the South. Matera has set an excellent example in the use of new media to involve citizens, and especially young ones. Thanks to a candidacy bid that has been defined as visionary, Matera has qualified as the 2019 European Capital of Culture.

Do you have recommendations how new media should be used?

Public communication channels like municipal websites and social networks should not be in the hands of few privileged urban stakeholders and they should not be an excuse to waste public money just to show off. Place branding is not a matter of spin, but of actual policy and good communication.

Municipal websites should be well-designed, clear and user-friendly. E-services are very very helpful. The social web should voice actual community interests and help spread the knowledge of a place’s heritage. Downloadable apps can be extremely useful. Translations, when offered, should be of professional quality.

For more about Maria Cristina’s work, visit her profiles on the University of Milan website and on Academia.edu.

Enjoyed our interview with Maria Cristina Paganoni on news, media and city branding? Share and spread the word!