Major Sporting Events and Place Reputation: Why did Brazil Miss the Shot?

Major sporting events and the reputation of Brazil are the topic of this guest post by Professor Marco Ocke, Researcher and Advisor in Place Marketing at the School of Business and Economics, University of Sao Paulo.

Increasing place awareness may affect perceptions and attitudes among various publics. In this sense, major sporting events such as the Olympic Games and FIFA World Cup are able to attract thousands of visitors and show the host country and its cities to millions of viewers from different regions of the globe. For these places, holding such events can be an effective promotional tool, able to strengthen their worldwide reputation.

But there is also another development that generates immediate impact, although being more subtle to measure. It is a powerful injection of confidence and national pride that awakens in people euphoria by the chance to display the country’s success to other nations.

Another benefit attributed to the performance of mega sporting events is the boost of socioeconomic growth of the hosting location. This positive effect, however, also causes controversy. Increase in GDP during the event can end up being mitigated in the following years, when the harvested profits disappear and huge costs are left, caused by the monumental construction works required to be able to host such events.

Being host of both the Olympic Games and the FIFA Soccer World Cup within two years, Brazil has had a once in a lifetime opportunity to establish its country reputation, to project a positive image and to enhance its competitive identity. Unfortunately, political and economic scenarios have led Brazil to an unprecedented crisis.

Since the 1970s, the promotional work over Brazil’s image was made according to aspects considered potential vectors of attraction in accordance with government policies. For decades the actions to promote Brazil involved the emergence or intensification of negative impacts on the local and international perceptions about the country.

While other nations have strengthened their image through their natural environment, historical and cultural heritage, infrastructure and services, or economic development, Brazil spent years hiding its own legacy behind a sensual image linked to Brazilian women, carnival and football.

In recent years, a rebranding and re-positioning strategy has sought to promote an image of Brazil as a new country, young and modern, which alongside privileged natural beauty is open to new investments. The overall objective was to add new attributes to the country’s image, such as a strong economy, innovation and sustainability, while strengthening the positive characteristics for which the country was already known.

In this context, through the 2014 FIFA World Cup, Brazil sought to consolidate itself as a nation with vast natural beauty of friendly and hospitable people, but also featuring a high organizational capacity, global economic strength and keen on international cooperation. Thus, the country aimed to brand itself worldwide as a promising hub for investment for a great variety of sectors.

But that’s not what happened. The crushing defeat of the Brazilian soccer team against Germany (Germany winning 7 to 1) has affected the reputation of Brazilian soccer to present days; however, this was the least of the damage.

Poor public management and wide-spread corruption brought Brazil to a political and economical crisis of a scale never seen before.

A Government in Between

The Confederations Cup in June 2013 worked as a test for holding the World Cup a year later. Despite running smoothly, the tournament was followed by a series of street manifestations that revealed the dissatisfaction of Brazilian citizens about the general lack of competence in public administration, including applying public funds for sports stadiums, at the expense of much needed investment in basic services for the population.

Despite the growing unrest in civil society, the government of the Workers Party won the general elections in October 2014. At that time, Brazil already showed signs of economic decline and schemes of corruption within the Federal Government were becoming more and more evident.

Along 2015, the Federal Police unveiled illicit schemes of bribes to individuals and Parties through overpriced payments to contractors hired by the largest Brazilian state-owned companies, mainly Petrobras, one of the largest oil companies in the world. The result was the discovery of a devastating corruption scheme, accompanied by a disastrous recession that might be the most serious in Brazil´s recent history, with high unemployment and inflation rates, drop in revenues and economic downturn. Lula’s successor, Dilma Rousseff, was removed from the presidency and faces impeachment proceedings on charges of having illegally financed budget deficits. The mood of uncertainty is now widespread and palpable.

What to expect from The Olympics?

When Rio de Janeiro won the right to host the Olympics in 2009, Brazil planned a number of projects to show how much it had grown. The event was designed as a way to show Brazil as a thriving democracy and a well-developing economy. But when the event starts in two months, Brazil will not display its best, but its worst crisis.

Most of the US$ 11 billion invested in arenas and infrastructure built for the Olympics will be ready on time and it is possible that most visitors won’t even notice what is missing and should have been done.  However, the unfinished works are indicative of a much larger problem that will last long after the end of the event: Rio de Janeiro state is almost bankrupt, struggling to negotiate its debt payments. It is delaying the wages of state employees after oil prices, the primary source of funds, came down.

Lessons to be learned 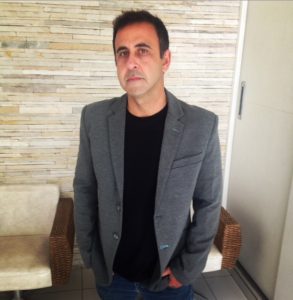 Hosting mega sporting events may lead to economic and social development. However, each country must understand that such events should be part of a process of intergovernmental public planning that is in line with private sector activity.

If infrastructure for events such as the Olympic Games or the FIFA World Cup happen at the cost of the needs of the host population, then the intended positive place image may instead be dominated by evident problems and unhappiness. Such negative place reputation will affect inward markets and be a drawback for international investors.

And most of all, the case of Brazil illustrates that strong place leadership and efficient planning for place development should prevail over political interests. Otherwise the country’s socioeconomic development, place image and reputation are at risk of being compromised by multiple political interests, periodic elections and public-private partnerships with shady purposes.

Feeling passionate about the branding or reputation of your city, region, country or destination and have something important to say? Get in touch!