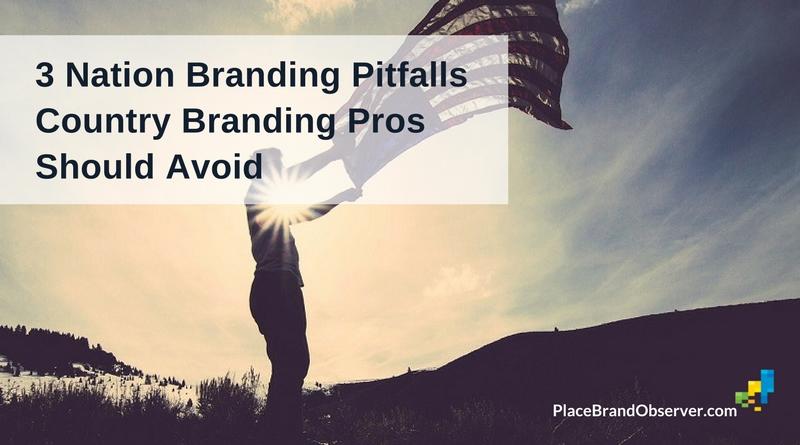 Nation branding (or country branding, when the focus is mostly outward) is gaining popularity around the world. Most nation branding initiatives, however, fail within a matter of years. In this post, learn about 3 nation branding pitfalls which country branding professionals should avoid: challenges frequently faced, according to Aparna Dutt Sharma, founding member and former CEO of the India Brand Equity Foundation.

Whilst an impressive body of work has developed on nation branding, I find that as a concept and strategy practised by nations, it displays limited understanding.

First, before countries actually contemplate launching a nation brand programme, it is extremely important that the concept, its implications, its nuances, what it entails, the possibilities, the milestones/outcome to be achieved should be clearly internalized and mapped.

Except possibly a few, efforts and initiatives of most countries in the nation branding sphere are oriented around events. These initiatives come alive in response to events and are unable to evolve into a medium-term, sustainable plan.

Secondly, nation branding demands that there be convergence and consensus across all stakeholders consistently to drive the process. This is almost always a challenge. But once there is convergence, I have seen initiatives moving seamlessly.

Thirdly, whilst course correction is but an obvious response to the changing context in which nations operate, there are some core touch points of a nation brand, say talent, market opportunity, IT prowess and the like, which – once identified – should continue to be the mainstay of the campaign.

Most often, with change of regimes and those responsible for driving the nation brand campaign, new taglines, new touch points are packaged for global marketing. These tend to create an incoherence about the value proposition that a nation brand desires to project.

In other words, staying the course and rallying all relevant forces/stakeholders to the identified unique nation brand call is a challenge.

Besides, I have observed that various institutions and especially departments in governments develop their own brand campaigns, often one unknown to the other.

Whilst this may not be totally undesirable, it is important that an umbrella brand is developed, with all other branding campaigns and initiatives aligned to it.

More on nation branding in India in our interview with Aparna Dutt Sharma or connect with her on LinkedIn. Aparna is also part of our expert panel and previously served as our Asia observer.

Enjoyed this post on key nation branding challenges and how to overcome them? Spread the word!