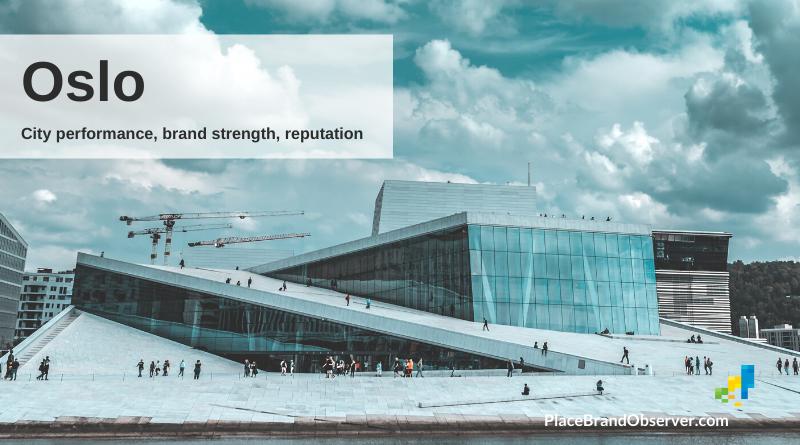 Oslo, Norway’s capital city has joined the conversation of Northern European cultural hotspots from food to art to fashion. 2020 will be the year of new beginnings as the metropolis opens the doors of the new Munch Museum, the Oslo Public Library, and the Climate House in the Botanical gardens, among other ribbon-cutting ceremonies. Perceived as a green city, how does Oslo perform in terms of environmental sustainability, innovation, economic strength, and influence, as well as livability for locals and digital nomads?

Oslo was named the European Green Capital (2019) by the European Commission for its prioritization to reduce carbon emissions, innovative water management techniques, and its new image for being the ‘Electric Vehicle Capital of the World’.

Measuring the canopy cover in cities, Treepedia calculates Oslo to have 28.8% in the Green View Index, while the European Green City Index (by the Economist Intelligence Unit and sponsored by Siemens) ranks Oslo an astounding 3rd, only behind Copenhagen and Stockholm.

How innovative is Oslo?

Securing a position within the top 100, Oslo ranks 42nd in the Innovation Cities™ Index 2019, slipping 6 positions from 2018. European cities for Oslo to look at and learn from include; Amsterdam (9th) and Stockholm (10th). Oslo ranks 12th on the European Index (2019).

Startup score, geographic location, and cost of living may be the greatest factors to negatively impact livability, landing Oslo 49th out of 56 cities on the Digital Nomad Index.

Mercer’s 2019 cities report on Quality of Living ranks Oslo 25th out of 231, trailing Nuremburg (23rd) and Stockholm (24th). Oslo nearly tops off the list of 89 on the 2018 Healthiest Cities Index by Spot A Home, sitting at 2nd place just behind Amsterdam, with high-performance factors; green spaces and work-life balance. Moreover, Mercer’s 2019 report on Cost of Living ranks Oslo 61st of 209.

Resonance World’s Best Cities Report considers six aspects to calculate place equity; place, product, programming, people, prosperity, and promotion. Oslo ranks 56th overall, with its strengths being people and prosperity, while negatives; place and promotion. This goes to show the perception of Oslo’s economic performance and the quality of education and diversity of the city but lacking a strong voice to convey Oslo’s story.

With the public perception in mind, the Foreign Direct Investment Index (2019) by Kearney describes the economic growth outlook of Norway as strong, with reverence to its image as a green energy champion. Oslo is placed 60th of 104 cities by the Global Financial Centre’s Index 26, jumping four ranks since the GFCI 25.

Enjoyed our summary of global rankings and indices on Oslo’s city performance, its sustainability, attractiveness for digital nomads, brand strength and reputation? Thanks for sharing!