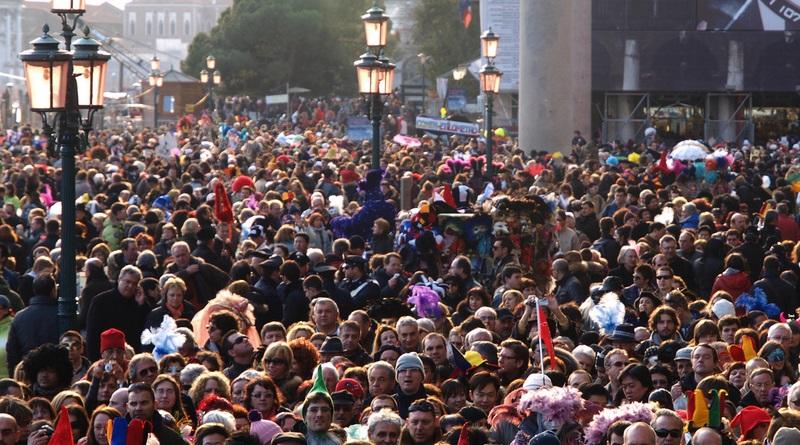 Overtourism was the topic of our virtual expert panel earlier this year, which led to a rich collection of place brand professionals’ views on overtourism issues, strategies and solutions. The topic was also the focus of Gunter Soydanbay’s first contribution as our Observer in (virtual) residence, in his systemic analysis of overtourism. What’s been missing so far is a research study with European cities – among the most affected.

Ko Koens, Associate Professor at NHTV Breda University of Applied Sciences in the Netherlands & CELTH and Research Associate at the University of Johannesburg, South Africa, in this post discusses the findings of a recent study he did with Albert Postma of Stenden University, the Netherlands, on overtourism in major European city destinations: research which offers much needed interpretation of root causes, consequences and feasible solutions.

Ko, you just published a report on overtourism in 6 large European cities. Which findings did you find the most intriguing?

I think that with regards to the findings, it was interesting to see that the majority of residents actually have a very nuanced perspective on overtourism. They recognise the disadvantages that tourism has, but also realise the benefits that tourism can bring. We saw this in all cities, even those in which the media have reported on overtourism.

Also, we need to be careful to not link overtourism only to visitor numbers. We found that the most visited parts of the city often were not seen as the most problematic. Most issues are reported in areas where there are rapid increases in tourist numbers or tourism facilities.

When it comes to disturbances due to overtourism, we noticed that you cannot look at a concept like overtourism, without placing it in the wider city context and developments within the city.

On a similar note, it is important to realise that it is not just tourism that has caused increased pressure on city facilities. Over the past years, the number of residents and commuters to cities has also increased rapidly in most cities, adding to the overall sense of crowdedness.

This makes residents more aware of the issues of overcrowding and disturbance. It is easiest to attribute such issues to visitors, who, as a group stand out.

In your words, what does overtourism mean?

To me overtourism happens when the impact of tourism becomes so great that it negatively influences the perceived quality of life and/or the quality of experiences in the city.

This can be because of increases in tourist numbers, but it can also be because of too much adverse visitor impact, like noise disturbance, rowdiness or even visitors obstructing pavements whilst looking at a map.

A third cause of overtourism can be the impact of tourism infrastructure, for example the ‘Nutellafication’ of often visited areas, where a monoculture of tourist facilities like ice-cream parlours and Nutella pancakes now exists, and where facilities aimed at local users are lacking.

What motivated you to conduct the study in the first place?

I was already working on slum tourism in cities, where there is a lot of debate around the impacts of visitors on the local surroundings. Then, some years ago, when talking with Albert Postma, the co-author of the report, and other colleagues at the Centre of Expertise Leisure, Tourism & Hospitality (CELTH), we noticed that the impact of visitors on destinations was increasingly perceived as a potential issue for city destinations.

We then discussed this with several city DMOs which were willing to support us in conducting the research.

How has the issue of overtourism evolved since you started your study?

The issue has certainly become much more visible in media and academic discussions. Also, it has become apparent that overtourism can be observed in smaller cities, so not just the highly popular tourist destinations.

When it comes to dealing with the issue, we have seen an increase in support for stricter regulation and enforcement of overtourism by governments. You can particularly see this with services like AirBnB, but it also is visible with other disturbances.

While a range of solutions are being developed and experimented with, there still is no overarching framework which places tourism in its wider environment, which is needed to effectively address this issue. We have started to work on this in another project, Smart City Hospitality.

When investigating overtourism in cities, do you have the impression destination managers and marketers are aware of the potential threat it poses to their destination’s competitiveness and reputation?

It depends on the destination. Many of the larger destination management organisations are acutely aware of the potential threat of overtourism and are already heavily engaged with the topic.

Unfortunately, as long as overtourism remains viewed as a tourism problem, it is difficult to involve stakeholders outside of the direct realm of tourism, such as other government departments, planners or commercial enterprises.

Also, there are still quite a few destinations where tourism is upcoming or where overtourism is not observed yet. In those locations the focus remains on getting in as many visitors as possible, without consideration of the long-term impacts this may have.

You also conducted research into overtourism at smaller city destinations. Are there any differences in how large cities approach the issue, compared to smaller ones?

Whilst the results of the work on overtourism in smaller city destinations is not finished, we have noted already that differences are not massive, even though there are some. For example, the impact of festivals and events is greater in smaller cities.

Also, overtourism tends to be focused more in the centre and historic part of small cities, whereas in larger cities there can be multiple hubs of overtourism.

In dealing with overtourism, larger cities tend to have greater possibilities, but the closer connections between actors in smaller cities makes it easier to bring different stakeholders together.

Which solutions to overtourism would you suggest to cities which find their urban sustainability and livability threatened by overcrowding?

It is very important for cities to know their identity as a city to live in and as a visitor destination. Be careful not to measure success exclusively by visitor growth rate.

Given that tourism as a whole, and city tourism in particular, is predicted to continue to grow rapidly in the foreseeable future, it may be best to focus on specific groups of visitors that complement and contribute to your city as a destination.

In terms of solutions, those very much depend on the context of the city. We already have a list of ten strategies and over 65 measures that cities can take, and this number is likely to increase, based on our work in smaller city destinations.

Not all solutions may work in all destinations though. Overall, I think it is useful to make the social value of visitors easier to see for residents and other local stakeholders, for example by creating shared experiences.

In addition, it is  important to place tourism in a wider city context, and to connect more with stakeholders outside of tourism (for instance urban planners). We are working on this in the ‘Smart City Hospitality’ project. We are also working on a tool to link solutions to the specifics of a city, which can then serve as a starting point for discussions on the topic.

Looking ahead, which other issues do you think urban destinations will have to face in 2018?

I think another important issue for cities to deal with in the near future will be the threat of terrorism, and how to maintain open, sociable public spaces. From an environmental point of view, the contribution of tourism to waste, particularly plastics, will garner more attention.

All in all, I think that overtourism will remain high up on the agenda, as city tourism continues to grow rapidly.

Connect with Ko Koens on LinkedIn or learn more about the study here.

Enjoyed this summary of research on how overtourism affects European cities, and what destination managers can do? Share and spread the word!