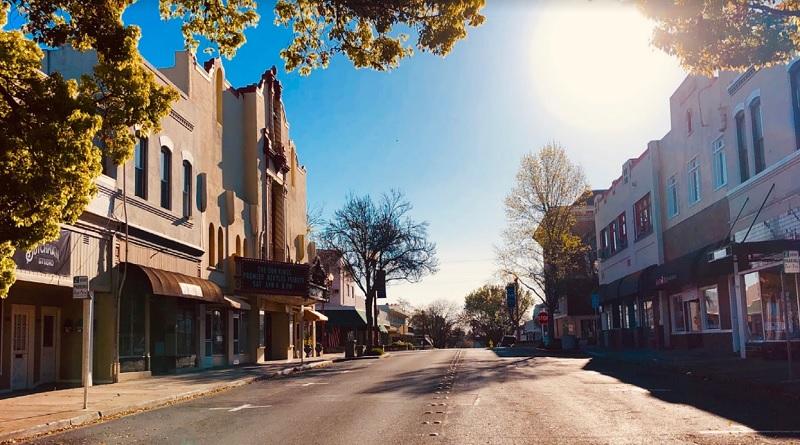 Changing people’s perceptions about a city can be challenging. It always starts with fixing the problems and developing new opportunities. Evviva Brands was selected to help the Northern Californian city of Antioch with its rebranding and reputation change management process. TPBO caught up with the company’s director, David Kippen, to find out why the rebranding was necessary, and how they did it.

David, you were recently involved in the rebranding of the city of Antioch in Northern California. Why was there a need for a rebrand?

The “why” of the rebrand has its roots in the Great Recession. As you know, the economic bubble that burst when the economy nearly collapsed was a real estate bubble. Specifically, it was a bubble in subprime loans provided largely to residents of exurbs across the country.

In Northern California, the City of Antioch became the poster child of the real estate bust and the consequent fall-out. This wasn’t entirely by chance. Though the area was settled in the 1840s and officially became a city almost 150 years ago, for most of its existence, Antioch has been a fairly small industry town. It sits next to deep water in the Bay Delta, so it’s a great spot to ship from and to and because it is about halfway between San Francisco and Sacramento, it’s a handy transhipment point.

So Antioch began by shipping coal, then glass, then for many years was the home of a large paper mill. Until the late 20th Century, Antioch was essentially a small factory town.

When the paper mill shut down, when industry left, Antioch faced an existential problem. It solved it through an ambitious housing plan.

Though the City of Antioch was small, the city limits were large. So Antioch developed and began to execute on a master plan for growth, one that saw the city swell from about 15,000 to more than 100,000.

As long as new homes were being built and bought, the city was well-equipped to take care of its needs. But when the recession hit, home values dropped like stones, city services were cut, there were substantial cutbacks to the local police, and in many locations, renters replaced owners.

So until recently–until the launch of this campaign, as a matter of fact–if you were a Bay Area resident, heard Antioch mentioned and had any associations at all, they would likely be high crime, high homelessness, low-cost housing, poor Bay Area suburb.

This was true in 2009-14, but since then, the same factors that led to the collapse of home values have enabled the city to rebound. Violent crime has been down by double digits every year, the police force is now properly staffed, and the city is working hard on nuisance abatement, which has overtaken crime as top of mind for residents.

In this context, at this moment of change, Antioch decided it was time for a rebrand.

Can you tell us about the rebranding of Antioch: how did you approach it?

After a lengthy review process, the city selected Evviva as their partner. We did market research, interviews held listening sessions, did drive-alongs with Antioch Police, Code Enforcement officers, had a staff member live in Antioch for a couple of weeks and even opened a satellite office there, all to get an authentic sense of the place on the ground.

What does Antioch (want to) stand for today?

During these early days of the project, what kept coming to the surface was “opportunity.” We saw it everywhere.

Here, in San Francisco, where our head office sits, we hear people complain every day about the impossibility of finding reasonable commercial real estate (we’ve had to move our own offices three times in the last ten years because of astronomical rent increases.) Startups are everywhere, and they’re moving anywhere but SF.

And yet in Antioch, exactly the kinds of creative spaces tech startups dream of are available at ridiculously reasonable prices.

In our employer branding practice, we often hear local clients complain about the difficulty of finding highly skilled diverse workers. And yet in Antioch, one finds the highest percentage of minorities with advanced degrees in the Bay Area.

The commutes in the inner Bay Area are terrible. And yet in Antioch, the reverse commute is easy and the new Bart extension and expansion of Highway Four make the journey to and from Antioch very pleasant.

This logo has been in service for more than 50 years. The City strapline was “gateway to the Delta.” But we reasoned that no city wants to be a gateway to anything, and that the Delta couldn’t compete with San Francisco Bay. We wanted to keep the idea of a water element, but to tie this to an idea of a rising sun and to powerfully connect the city name to the idea of opportunity. So this is the wordmark we created:

Isn’t “opportunity” what the whole American Dream is about?

Exactly. And what we found the most compelling is that the idea of “opportunity” has actually been in Antioch’s makeup since the very beginning. In so many ways the story of the city is the story of California.

Today, the important difference is that while in other parts of California factors like income inequality, high costs of living, poor infrastructure, etc. have made opportunities hard to come by, in Antioch, opportunity still lives here.

Can you tell us more about your approach and deliverables?

That idea–“Opportunity lives here”–was the strapline we proposed to the City. They loved it. Since the City voted to accept the line and rebrand, we’ve developed and launched an extensive creative suite. I’d point you to a sample of the visual content on our website. But here’s a summary of the campaign goals and city branding challenge:

This campaign is still underway but results to-date are impressive and the media response was immediate and positive.

When we began working with Antioch, media sentiment analysis showed that the City received two negative mentions for every positive mention. By the time the campaign’s first run was complete, these numbers had inverted and the City was experiencing a 2:1 positive sentiment score.

Here are highlights from the first campaign segment:

The first flight of the second segment was equally successful:

The City has been thrilled with the creative and the campaign results and continues to invest in ongoing work. But like any repositioning, the measure of the impact will take months, if not years.

City leadership are committed to moving forward with some longer-lasting investments in the coming year, including redoing all wayfinding in the new design system, developing entrypoint markers, redoing the City website, and so on.

David is the co-founder and director of Evviva Brands. Find out more about his work and services in the Evviva Brands profile in our directory of specialized consultancies, or by visiting www.evvivabrands.com.

You have an intriguing place branding story to tell? We’d love to hear from you! Contact us here. More place branding case studies and examples here.