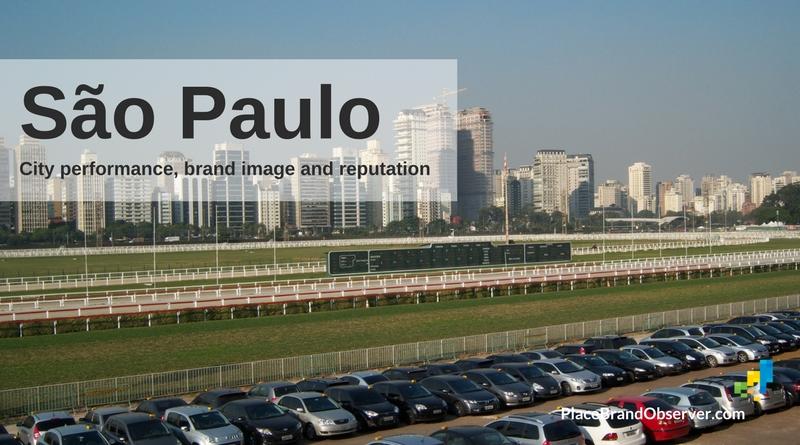 São Paulo: how does one of the financial capitals of South America and Brazil’s largest and wealthiest city perform in international rankings of economic development, sustainability, and innovation?

What are the major issues of sustainability in São Paulo, Latin America’s largest city?

As the biggest city in the Southern Hemisphere, São Paulo faces some considerable sustainability challenges, such as transporting more than 3 billion passengers a year via its public transportation network, and handling 20 tons of waste per day.

The city’s overall ranking in the Arcadis Sustainable Cities Index 2018 is 78th with a similarly lower ranking (80th) in the people sub-index. According to the study, this is due to rapid urban growth, aging infrastructure, and a lack of sufficient planning that is felt throughout the city. The profit sub-index is also surprisingly low (86th), considering the market size of São Paulo. Finally, the planet sub-index, which evaluates the environmental sustainability of cities, is São Paulo’s strongest pillar in the 2018 study (33rd).

According to the 2012 Green Cities Index, São Paulo ranks well above average among Latin American cities in the category of energy and CO2 emissions. The city also scores above average in many other categories: transport, water, land use, waste, and sanitation. São Paulo’s performance is average only in environmental governance and air quality.

How much global influence does Brazil’s economic capital have?

AT Kearney takes a look at the world’s most influential cities, as well as those that are likely to become more important on the global stage. In their 2019 Global Cities Report, they refer to São Paulo as an ‘economic powerhouse’ that is distinguished primarily by its high level of business activity, is a hub for trade and finance with easy access to capital and investors. In 2019, São Paulo ranked 33rd out of 130, which is two positions up compared to the previous edition.

The Global Power City Index 2019 ranks São Paulo 43rd out of 48 cities worldwide. It is ten positions down from its all-time best ranking in 2009 when it was positioned 33rd. São Paulo performs best in the dimension of Cultural Interaction (21st) which studies tourism resources, cultural facilities, and international interaction. Its performance is the weakest in Accessibility (46th) which demonstrates that there are shortcomings in São Paulo’s international network, air transport capacity, and transportation infrastructure.

The city’s economic pillar could also perform better. In 2019 it ranked 45th, showing that the market size, ease of doing business, economic vitality and human capital have the potential to improve.

Ipsos’ Top Cities Index outlines 60 global cities that are best for living, doing business and visiting. Globally, New York is the best city for work, rest and play, while London occupies the leading position in Europe. In the 2017 study, São Paulo ranked 40th among cities like Delhi, Budapest, and Buenos Aires.

Are startups and innovation companies attracted to doing business in São Paulo?

São Paulo’s performance in innovation, according to the Innovation Cities™ Index 2019 is not outstanding ranked 67th among the 500 participant cities. Despite a somewhat low score, it makes the highest-ranking city in Latin America, ahead of Buenos Aires (69th).

São Paulo might not be the most attractive destination for digital nomads. This is testified by the mediocre score of the city in the Nomad List, which highlights its bad start-up score, few free Wi-Fi possibilities, and bad hospitals.

On the bright side, São Paulo is considered very affordable, and nightlife is great. In addition, payments without cash can be easily done. Cashless payments is what Brazil, in general, is best at, according to the Digital Life Abroad report. Brazil’s 26th position in this area does not necessarily outweigh the bad performances in other categories, however.

São Paulo is South America’s best-performing city in the 2020 World’s Best Cities ranking, provided by Resonance Consultancy. The Brazilian capital has improved its position from 84th (2018) to the 59th position this year. São Paulo’s strongest pillar is the programming of arts, culture, entertainment and the culinary scene where it scores 10. On the other hand, the people (177) and place (153) pillars are evaluated much lower in São Paulo.

Enjoyed our summary of global rankings and indices on São Paulo’s economic performance, its sustainability, attractiveness for digital nomads, brand strength and reputation? Thanks for sharing!