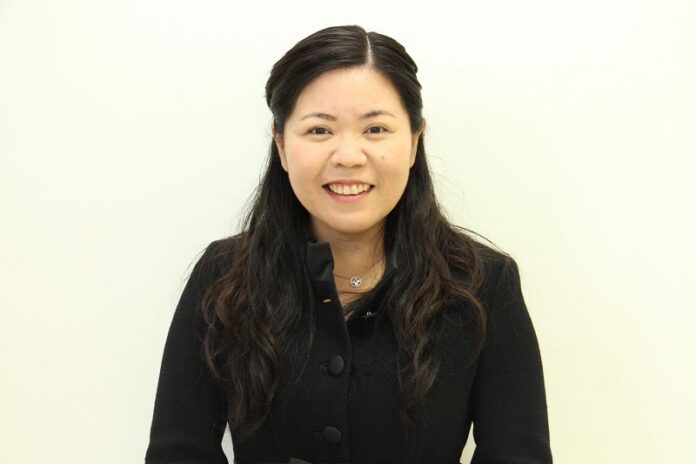 As a platform primarily focused on sharing knowledge, TPBO is a proud supporter of the International Place Branding Association’s recently launched Academy. The first courses are just finished and Sayaka Toyokawa took home the award for best assignment submitted. TPBO caught up with her to learn about how place branding is practiced and researched in her home country, Japan.

Sayaka, how would you assess the current state of place branding in Japan? How advanced is it in practical application and how important is it as an academic study?

In Japan, place brand research has its roots in branding of local products, and this discussion of local resources became particularly active around year 2000. Since then, the “branding of products” has been promoted as a public policy.

The Small and Medium Enterprise Agency (SME) launched the “Japan Brand Development Project” in 2004, the “Regional Collective Trademark System” came into effect in April 2006, the Ministry of Agriculture, Forestry and Fisheries (MAFF) has been supporting the development and management of regional food brands, and the “Geographical Indication (GI)” became operational for overseas markets in 2015. These were initiatives to add value to products by putting the name of the region/place on them.

Later, there was a move to revitalise the ‘place itself’ by branding the whole region. The model that is still commonly used today was presented by Aoki in 2004. However, a long time has already passed since then.

Place branding as a whole has become an integral part of place brand research in Japan. At present, however, there are two main areas of place brand theory in Japan: that of “products from the place” and that of “places themselves” (Wakabayashi, 2014). In this context, there are criticisms that the concept of the place brand itself has become vague (Tamura, 2011), while there are also studies focusing on “culture” (Miyazaki, 2016) and “residents” (Watanabe, 2019).

Therefore, I believe that the depth of the place branding debate in Europe and the other countries offers a range of opportunities for Japanese researchers and practitioners involved in place branding to address these unique challenges. It is particularly important to understand the latest place branding research through IPBA.

Your assignment delivered at the end of the IPBA Place Branding course was awarded as the best. Can you briefly tell us what you proposed in your short report for Okinawa?

It was a great honour to receive the award. My proposal was about Okinawa, an island prefecture in the south of Japan.

In the future, Okinawa Prefecture would like to engage with place branding based on identity. Culture, history, lifestyle, and ways of thinking will be extracted to express Okinawans’ identity as place branding. The identity conveyed to that one meet at various touchpoints in the prefecture will also leave an impression on visitors which will influence the prefecture’s place identity.

Therefore, taking the place identity extracted in this study as a ‘starting point’, it is proposed that workshops be held for Okinawans to enhance it. The goal of place branding in the prefecture will be shared as a value and the story will become self-sustaining; this will give rise to meaning and the place identity will become more apparent. Additionally, Okinawa Branding Office needs to be established in the Okinawa Prefectural Government.

We need to consider the how to communicate this brand identity to the audience, prioritising three target groups.

The first target group is the existing residents. It is proposed that place branding be implemented using the prefecture’s place identity; the culture, history, lifestyle, and way of thinking of Okinawans have a significant impact on this. The first step, therefore, is to hold regular workshops and from there, create opportunities to constantly review, think about, and feel place identity. These efforts will further enhance residents’ awareness of the brand. The second target group is the domestic visitors. To promote a place brand, it is necessary to develop it consistently with the help of a brand building model. The third target group is the Uchinanchu worldwide. Uchinanchu means ‘Okinawan people’ and refers to both the islanders and those who have migrated outside the prefecture. It is estimated that there are more than 420,000 Uchinanchu outside Okinawa Prefecture. Every five years, the prefecture holds the World Uchinanchu Convention, inviting Okinawans living abroad and their families. it is necessary to sublimate the event as a strategic initiative to convey the brand identity. To this end, Okinawan ambassadors will be recruited from the Uchinanchu worldwide, a strategic network like ONLYLYON formed, and an organisation to promote the prefecture globally established.

What was the most important thing that you learned or experienced in the IPBA Place Branding course and what did the course help you understand better?

The IPBA Place Branding course provided me with an overview of place branding, a comprehensive understanding of how to implement the place branding process, and practical guidance on how to do it. This course has been very enlightening to learn about a series of practical trends in other countries.

As mentioned above (Question, No.1), there are currently two main areas of place branding theory in Japan: one for “products” and the other for “places/regions themselves”. In this context, there is a criticism (Tamura, 2011) that the concept of regional brand itself has become vague. It can be said that “place branding in Japan” is still at a developing stage. This course has been very enlightening to learn about a series of practical trends in other countries.

I would like to continue to study the latest place branding research mainly through IPBA, and incorporate the findings into the traditional place brand research in Japan, in order to develop a new Japanese place branding model.

Japan has a very strong image abroad, e.g. in various nation brand ranks. Is this the same internally?

I haven’t actually done any research on “Japan’s brand image in Japan”. Personally, I think that people in Japan feel that “Japan has a good image in the world”. According to a survey of 1,000 people across Japan on the image of Japan, 91% of Japanese people said they liked Japan. When asked what they liked about Japan, they answered firstly that it is safe and secure, secondly that it has four seasons and thirdly that they like Japanese food.

In response to this question, I have become interested in this issue. I would like to carry out more specific research on the Japanese brand image in Japan.

Japan consists of many islands and regions that are very different in resources. How does that affect the country’s image abroad and what are the differences in branding the different regions?

Japan is indeed made up of many islands and regions, with very different resources. Unfortunately, there is not much research on how this affects Japan’s brand image overseas, and I have never done any research on this. If there is an opportunity, I would like to conduct a joint survey with overseas professors.

In fact, Japan is characterized by a series of arc-shaped islands, including the Ryukyu Islands, where Okinawa Prefecture is located, in addition to the Japanese archipelago centered on Hokkaido, Honshu, Shikoku, and Kyushu. According to the Ministry of Land, Infrastructure, Transport and Tourism, there are 6852 islands in Japan, 314 of which are inhabited. The islands are long from north to south and vary in weather and culture.

Okinawa, which I have chosen as the theme for this assignment, is an island of 1207 square kilometers, but it has a history of being an independent country and now exists as an administrative region called Okinawa Prefecture. In order for Okinawa to project its brand image both domestically and internationally, I thought it would be more valuable to utilize the identity of the “island” of Okinawa, rather than the smaller administrative unit of a municipality.

However, I don’t know if the same is true for other islands besides Okinawa. Places have cultural and historical characteristics that vary from context to context and from era to era. There is no clear separation of “places” because they are all connected in some way. An island, on the other hand, has clear geographical boundaries and a history and culture that emerge from these boundaries. For this reason, I think there is no doubt that “islands” are very interesting places to study.

On the other hand, in Japan, place branding has traditionally been done at the municipal level, the smallest administrative unit. In addition, as mentioned earlier, emphasis has been placed on branding products from the relevant region, so various places are still searching for ways to brand the “place itself” in the future.

However, in an internationalized, information-oriented, and matured society, it is becoming particularly difficult to communicate to overseas audiences because the regional differences that were the source of place brands are fading away.

In the future, it will be necessary to strategically conduct place branding that focuses on the identity of each place, and co-creation initiatives among places that transcend the uniform framework of municipalities and local governments, while finding the source of branding that is truly valuable. This is exactly what each place is searching for at the moment.

For more on the IPBA courses, visit PlaceBranding.org/Academy