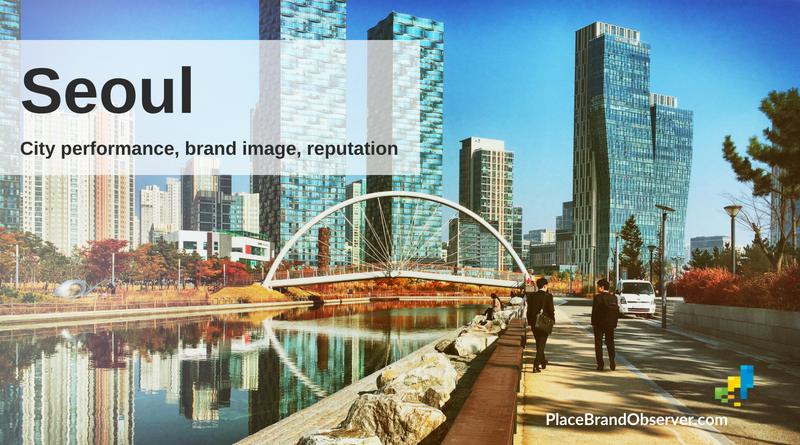 Seoul, the capital of South Korea, is a metropolis where the modern, high-tech and pop culture blend with the traditional street markets, Buddhist temples and palaces. As the business and financial hub of the country, it is also an up-and-coming global cultural capital. But how is Seoul performing in terms of reputation and influence, business attractiveness and sustainability?

Ranked 7th in the Global Power City Index (2019), Seoul is the 3rd best-placed city in Asia. The city received high scores for R&D (5th), Cultural Interaction (9th), and Accessibility (11th). It is ranked 22nd for Economy and 22nd for Environment and Livability.

In terms of its attractiveness for different audiences, Seoul ranked 24th for a corporate executive, 30th for global professional, 5th for visitors, and 19th for residents.

Seoul has a moderate reputation, ranking 44th in the 2018 City RepTrak® study, which is the 5th highest position among Asian cities (after Tokyo, Singapore, Hong Kong, and Dubai).

Ranked 36th in the Global Financial Centres Index (2019), Seoul has changed its status and has now become a Global Leader in the ranking. The index also includes the city among the 15 centres likely to become more significant in the future.

Seoul ranks 4th on the 2019 Mercer Cost of Living Survey, which means that it is one of the most expensive cities in the world for expats.

With its overall ranking as 13th, Seoul is the 3rd best placed Asian city in the Arcadis Sustainable Cities Index (2018). Here, Seoul scores the 7th position in the People category, 10th on the Profit sub-index, while its weakest score (30th) is on the Planet sub-index.

Health and education bring Seoul to the top of the People sub-index, while the 2030 Seoul Plan that focuses on different issues in the city’s development is expected to positively impact all three pillars of sustainability.

The Green City Index (2012), which focuses exclusively on environmental aspects, ranked Seoul above average on the list of Asian cities. The city stands out thanks to its “Green Seoul Citizen Committee” program, which is an example of citizen involvement in environmental decisions. The study also highlights that Seoul has the densest public transport network of Asian cities included in the index.

Seoul ranks 14th in the Innovation Cities™ Index 2019, being 2nd among Asian cities, after Singapore (5th).

The city ranked 13th on the AT Kearney’s 2019 Global Cities Report, that studies the capacity of cities to disrupt through innovation. This is one position down from the 2018 and five positions weaker than in 2012, when it ranked as the 8th most powerful city for its potential of global innovation.

How attractive is Seoul for digital nomads?

A great asset for those living in Seoul is the ease of cashless payments. Currently, the country, in general, is ranked 7th for payments without cash (Digital Life Abroad). Furthermore, the Internet speed is great (South Korea, in general, is considered a leader in this area).

Interestingly, the Nomad List and the Digital Nomad Index contradict each other in that the former puts the city currently in a 7th position, whereas the latter ranks the country only 42nd. One reason for this might be that Nomad List includes many factors contributing to its overall assessment (such as weather, which varies considerably between summer and winter).

A real asset, considering most of the other leading cities, is the great affordability of Seoul, which is stressed by both studies.

Enjoyed our summary of global rankings and indices on Seoul’s economic performance, its sustainability, attractiveness for digital nomads, brand strength and reputation? Thanks for sharing!