How Stockholm Positioned Itself as The Capital of Scandinavia: City Branding Example 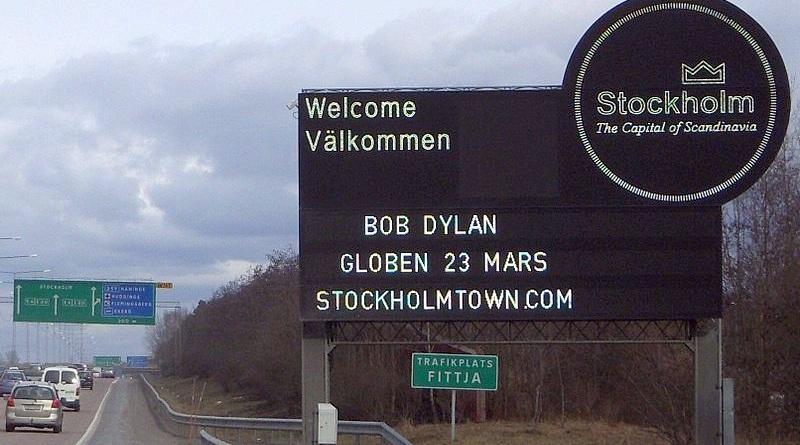 Julian Stubbs reflects on the city branding of Stockholm as “The Capital of Scandinavia”. He also discusses inter-regional branding opportunities and tells us why we are entering a new, golden age of place branding.

Julian, what motivated you to write about Stockholm’s city branding in your recent article in Place Branding & Public Diplomacy?

It’s been 10 years since we worked on Stockholm branding and the city has been through three different political administrations, and still kept the same focus.

Brands are about acting consistently and this is a basic area where many place brands fall down, so I thought it worth writing a retrospective of the work we did, what’s working and what still needs to be improved.

What makes the Stockholm brand so successful?

Ten years on and Stockholm has stuck with the same strategy through three different political administrations. This is really significant as I see a major problem for most places being the new politicians wanting to change everything when they get elected to office.

Brands and change, generally, are not good news. You need consistency in the branding approach and in the strategy. This has been a major success for Stockholm.

If we look at Stockholm from purely a results perspective, we have done extremely well against the benchmarks we set out ten years ago.

When it comes to residential growth, every year around 30,000 new residents move into Stockholm, that’s more than a full bus load every day of the week. The jobs these people are moving to also tend to be of higher value or service industry jobs, as the city does not have a large manufacturing base.

One of the drivers of the residential growth is the high quality of life. Whilst Swedes might not be as ‘happy’’ say as Danes (in any of the rankings), Stockholm certainly does very well when it comes to overall ‘Quality of Life’ rankings.

The Mercer index, for example, has the city in a joint 19th position, and, interestingly, the latest Monocle Magazine has Stockholm ranked at number 6, ahead of its other Scandinavian rivals.

When it comes to a measure of inward investment, Stockholm appears to be winning the battle of gaining more investment from overseas companies than any of its Scandinavian rivals. According to the Öresundsinstitutet, more than two-thirds of headquarters in the Nordic region are to be found in Sweden, with nearly 50 % of these in Stockholm. The big investors in Stockholm are China, the USA and India.

The Stockholm Business Alliance (SBA) also has to be considered in all this. Over 50 municipalities around Stockholm go under The Capital of Scandinavia branding when they are marketing themselves internationally. The latest to sign up is Norrköping, which is over 160 km from Stockholm, who will be joining from 2016.

Other cities and regions we work with as a consultancy are always very envious of this alliance. Normally, petty politics and infighting get in the way of such pragmatic co-operation, but in Stockholm’s case it seems to work.

The uptake from other partner organisations concerning using Stockholm’s branding has also been impressive, with, according to a study by Stockholm University Business School, over 200 other organisations around the Stockholm region using The Capital of Scandinavia brand in their own marketing.

When looking at the tourism segment, the traditional measurement is to look at bed nights. Remembering that Stockholm wants to stand out as the number one destination in Scandinavia, we can see that from a tourism perspective the city has performed well.

According to the European Cities Marketing report 2014–2015, Stockholm is ranked at number 13 in Europe overall and has a total of just under 12 million bed nights, with Copenhagen ranked 19, with 7.5 million bed nights, and Oslo at number 34 with just over 4 million. From a tourism perspective, the city also has the highest growth rate of the three Scandinavia cities, which for a place on the edge of Europe is a very healthy result.

How has your view on city branding and Brand Stockholm changed since you conducted the research presented in the article?

The article was written about 9 months ago, and things have happened since, which are significant when it comes to the marketing of a major competitor – Copenhagen region. Originally called Öresund Region, the name and platform has been dropped (and about time too- it was awful) for Greater Copenhagen. I actually think this represents a genuinely powerful and innovative approach to region marketing and branding.

There has been great comment on the political issues with combining cities from two countries, Sweden and Denmark, into one metro region. It is an interesting and potentially powerful idea. I’ve just agreed to be the keynote presenter and moderator at their marketing partner day, talking about the subject, in late August.

How has city branding practice evolved since your work for Stockholm?

Place branding has a domino effect. As one place markets itself, everywhere else has to. It’s a competitive business and there will be winners and losers, and we are starting to see that now.

As a consultant I can say demand from the market has grown enormously in the last ten years. It’s emerged from being a subject handled by a few odd academics and advertising agencies into a much more specialised business with huge implications. Place Branding demands much more than this of the consulting companies who need to engage with the topic, if it is to work.

In your view, how important are alliances between business and politics for successful positioning of city regions, and which are the main challenges, for example in the Stockholm case?

Political / private partnerships are key to making place brands work successful. Either one on their own would probably fail. Added to this are the other key stakeholders, at the top of my list resident groups.

We always spend a lot of time and effort on the political / private organisations in a place. Brand engagement and involvement of these groups is a constant and ongoing process, to keep them both onside and engaged. 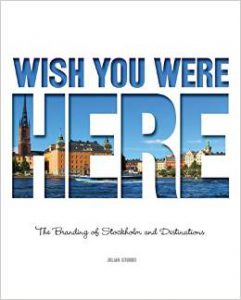 Which are the key elements of the Stockholm, The Capital of Scandinavia marketing platform?

The key elements of any brand, or place brand, for me starts with the positioning. Understanding and using the positioning in all strategic and executional initiatives is key. For Stockholm, in a business proposition sense, it’s simply the most important place for business or tourism in Scandinavia. Keeping all activities and actions focused around this Scandinavian position is the centre point.

There are things Stockholm could do that would improve this, but overall and for ten years in, it has done exceedingly well.

Why is a strong film industry important for the competitive positioning of a place like the Stockholm region?

A strong film industry can have a truly dramatic impact on any place brand. It’s one of the things I think we have not done well in Stockholm. We have a city that looks like a film set, but disappointingly few major international films or TV series set there. Think of New York. London. San Francisco. We already know these places because we see them and are so familiar with them through TV and film. It can have a powerful impact.

I point out in the article that many places don’t actually get their act together until there is a crisis. Think New York in 1976. It was the same with Stockholm in 2003. We’d just been through the dot-com crash and the 9/11 terrorist related issues for air travel. Too many places wait until they have a crisis before actually doing anything.

I also think place marketing is only just starting to use digital marketing in a really powerful way. It presents the possibility for a new golden age for marketing – and especially places.

One of the things we’ve invested heavily in is Inbound & Content Digital Marketing software, and we help our clients with this as well. And it’s having dramatic effects. I think this will become a really powerful new tool for places. Added to that the potential with apps / games like Pokemon Go. It’s a really exciting time to be in place branding.

Connect with Julian Stubbs on LinkedIn.

Enjoyed this reflection by Julian Stubbs on the city branding of Stockholm as The Capital of Scandinavia? Share and spread the word!