For those of you who couldn’t attend the place branding session and discussion panel at the Economic Forum in Krynica (Poland) earlier this month, here is a summary of the main questions, ideas and discussion points by Robert Govers, who was the keynote speaker.

Place Brands: Managing the Reputation of Cities, Regions and Countries

Nowadays, product brands are everywhere and marketing specialists have numerous communication tools for market positioning. But what if the ‘product’ is in fact a city, region or a country?

What means should be adopted to successfully build a reputation and positioning for such an atypical market entity?

Can communication tools alone do the job? What other kind of initiatives are needed and who should be involved in them?

Who decides what kind of ‘brand’ a country or a region should represent? Which cities, regions and countries are the front runners of place branding? And how to assess if the adopted strategy is working? 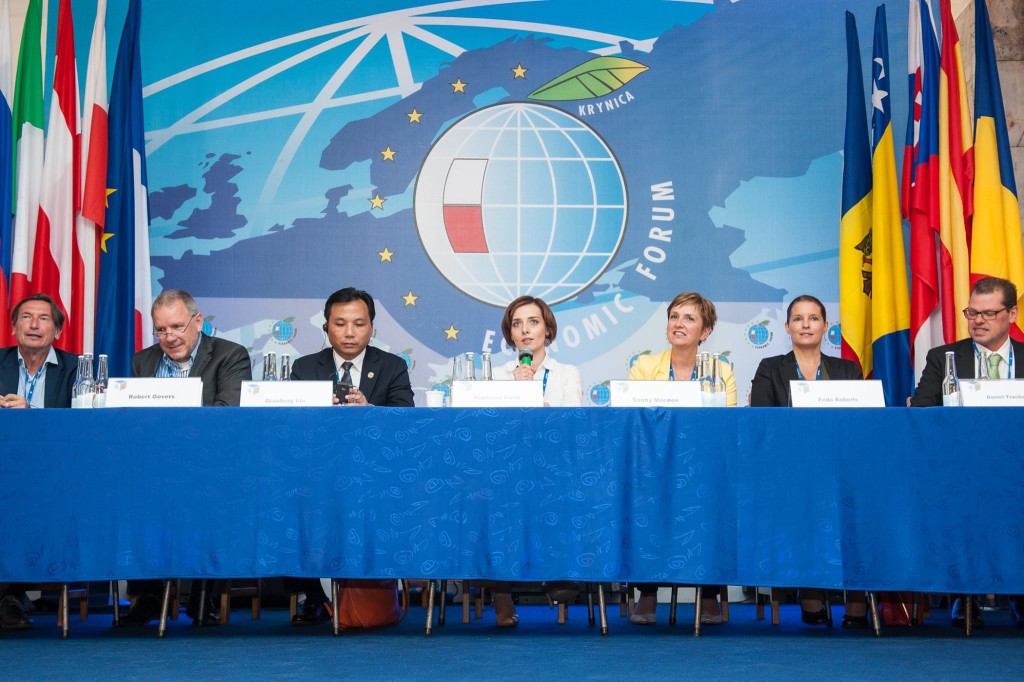 After a warm welcome and kind introduction by Magdalena Florek, the moderator, Robert Govers delivered a brief keynote address elaborating on the high correlation between the Anholt-GfK Nation Brands Index (a measurement of perception) and the Good Country Index (GCI: a measurement of the real contribution that countries make to humanity and the planet).

The two projects were conceived by Simon Anholt, with whom Govers collaborates closely (in fact, Govers built the actual GCI data framework).

Research insight: If you want to be admired, you need to be admirable.

The 70% correlation between the two indexes confirms that actions speak louder than words; i.e. in order for countries to be admired they need to be admirable. Places get the respect they deserve based on the impact that they have on audiences outside of their precincts.

This observation provided input to the moderator’s first question to the panel. “In order to contribute to the wellbeing/the common good of the world, it seems that places also suppose to implement responsible branding. On the one hand side they have to present themselves as attractive places, on the other hand places have to take a broader and future oriented perspective. We all witness Barcelona, with a brand that is to be admired, the city is struggling at the moment with too many tourists. It looks like places need to find some kind of balance in their branding efforts. So why is it so difficult to build an effective place brand? What are the main challenges and how can we overcome them?”

Sweden is very happy with the launch of the GCI and its performance in it, as it confirms exactly what Sweden is trying to achieve with its nation branding program; it’s about what you do and not what you say about yourself.

Sweden’s main challenges and key issues are: the complexity of the task; the number of stakeholders involved and how to coordinate their contribution; and the need for a long term approach that is not always compatible with political cycles.

In Limburg (a province in the Netherlands) the objectives and challenges of the regional branding are similar. How to bridge the gap between regional identity projection on the one hand and commercial stakeholder involvement on the other is hard work.

It is not always easy to convince stakeholders of the added value of competitive identity initiatives.

Also, strategy implementation and impact on policy making from outside the political and administrative governmental hierarchy, with place brand agencies often being externalized independent agencies, is tough.

In Switzerland, nation branding is also primarily a strategic matter. Switzerland also welcomes the GCI as it not only provides useful measures of real performance, but can also be used by countries to communicate their performance for reputation management purposes.

Austria actually worked with Simon Anholt on a national competitive identity project and in the process three major questions needed to be answered: How is the country perceived outside?; How does the country see itself (its citizens, public, private and civil society stakeholders)?; and, How do these stakeholders and the institutions want the country to be perceived?

So, in essence, it is about image and that is actually very stable. So the main challenge is: how does one change such a stable image? It is about delivering real change, not communications. The process of strategy formulation is important and needs leadership and involvement from the most senior elites.

This last observation provided momentum for the moderator’s next question: “There are many stakeholders in places who are connected to the branding process, either as audiences, suppliers or ‘place producers’. Nowadays stakeholders often actually perform both roles (as consumer as well as producer). Who decides what the right brand is for a city, region or a country?”

Luxembourg is a late adopter of the whole concept of nation branding and it has an open and tolerant environment. Stakeholders present the country in different ways, which is ineffective and inefficient, as the country is not well known globally. Recently the government therefore embarked on a process to come up with a more coherent strategy, involving public, private and civil society stakeholders. Even the population was asked for input through online public consultation. It resulted in the identification of three main ‘brand’ values for the country. Luxembourg is open, dynamic and trustworthy.

There are also multiple stakeholders involved in Sweden’s nation branding. There is a nation brand council with representatives of the government, the Swedish Institute and Business Sweden and they have agreed that nation branding is not about what you say (advertising), but what you do; i.e. to walk the talk together.

The Chinese delegate confirmed that reality is important and in particular the benefit of a strong brand to the local population should be emphasized. Authorities need to coordinate and make effective and efficient use of resources and assets.

This encouraged the moderator to address the issue of political stability. She asked the question whether, when it comes to implementation, one of the biggest problems in Poland currently, is also felt internationally; i.e. that new elected officials often tend to want to undo the exiting branding initiatives and implement their own ideas? Do we observe the same problem in other countries?

In Austrian nation branding the situation is quite stable, but place brand organizations always need to take such risks into account and prepare for them, for instance by institutionalizing a long term commitment to an externalized independent agency.

In Switzerland, for instance, there is a long term perspective with a stable legal framework applied to this organizational context. However, at the end of the day nobody ‘owns’ the nation brand and hence no organization can have full control over it. 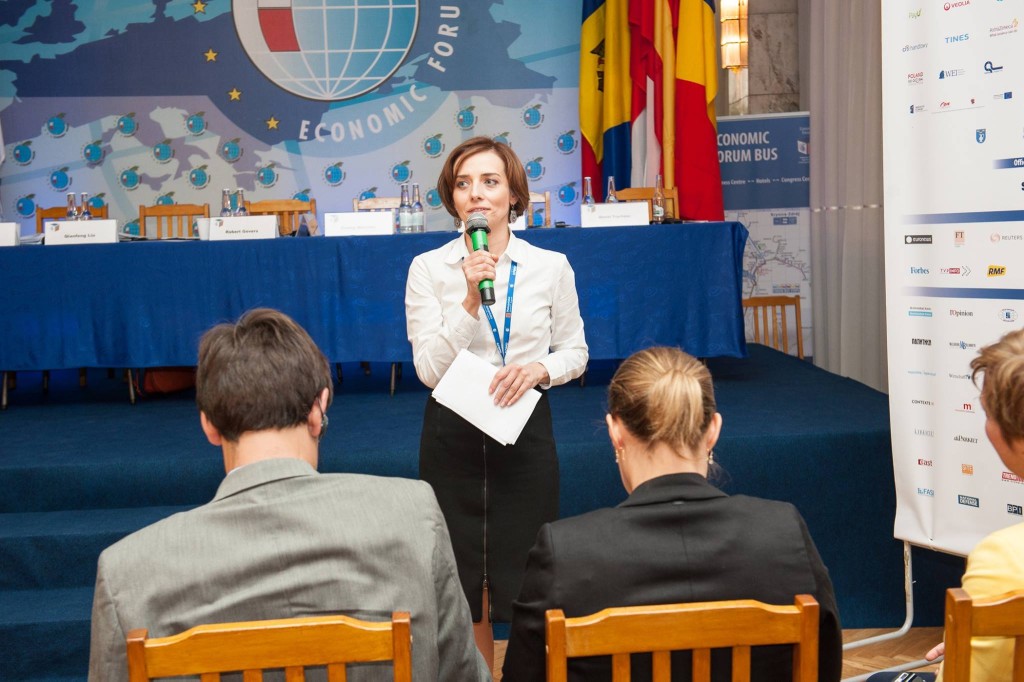 How and if to measure place brand performance

Last question by the moderator: “Let’s now have a look at the end of the process. How important from your perspective it is to measure the place brand performance? Do you think general measures are relevant or should we look at some fragmentary indicators?”

Govers focused on the need to distinguish between outputs, outcomes and impacts. Often, agencies claim or insinuate that their actions had real economic impacts in terms of increased visitor spending, export growth or new investments or residents.

However, any causality between such inputs and impacts would be very hard to prove. It would be better to measure the effects of brand initiatives on the outcomes that are specifically intended, i.e. increased name recognition, awareness and improved image among international publics and an enhanced sense of pride among residents.

Outputs can also be measured in terms of (social) media impacts and stakeholder satisfaction. Sweden has undertaken specific projects, such as “Best of Sweden”, which have proven successful outcomes in the social media.

The debate ended with a presentation by the Chinese delegation, informing the audience of the strengths and assets of the City of Duyun and the province of Guizhou, after which the moderator closed the session with final conclusions:

Place branding requires a holistic integrated approach and a selection of the right indicators to prove success.

Did you enjoy this summary of the session on place branding at the Economic Forum in Poland, 8 September 2015? Please share!