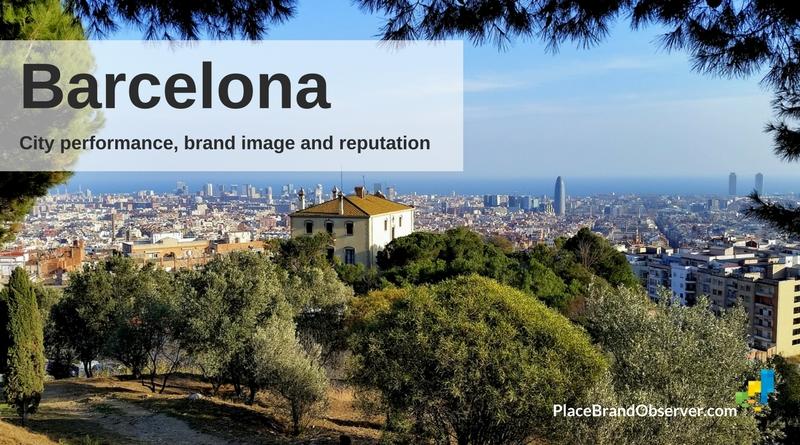 Barcelona is one of Europe’s most visited cities, thanks to its architecture, history and good climate. However, it is also a city that is suffering from its own success as a tourist destination, as protests against overtourism, Airbnb and tourist apartments have shown. What do the different city rankings say about Barcelona’s success?

How well is Barcelona doing in terms of sustainability?

Barcelona has strong social capital and does well in this dimension of sustainability. However, its environmental and economic resilience still have a long way to go to be considered as a global leader in sustainability.

In 2018, the Arcadis Sustainable Cities Index ranked 100 global cities on three dimensions of sustainability: People, Planet, and Profit. Barcelona was given 28th position in the overall ranking. The three pillars represent social, environmental and economic sustainability and offer an indicative picture of the health and wealth of cities.

Barcelona ranked low (24th) on the People sub-index which measures social performance and aspects such as life expectancy, education, crime and living costs.

However, the city’s ranking on the Planet sub-index that captures ‘green’ factors like energy, pollution, and emissions were lower – 22nd.

Finally, the Profit sub-index that assesses the business environment and economic health of the city left Barcelona in an even lower, 47th position. The Profit sub-index considers aspects such as transport infrastructure, ease of doing business, tourism, and employment.

Even though Barcelona’s travel and tourism infrastructures are well developed, high rates of unemployment and inflexible economic development policies keep the city’s overall evaluation in the profit sub-index low.

Is Barcelona’s reputation helping it attract new businesses and talent?

City RepTrak is a global survey that ranks the world’s most reputable cities based on levels of trust, esteem, admiration, and respect. In the 2018 edition, Barcelona ranked 15th among the 56 most reputable cities. The survey is based on consumer ratings that are grouped into three dimensions: advanced economy, effective government, and appealing environment. The best performing cities are those that show excellent ratings in each dimension.

One of the general outcomes of the study is that being a beautiful and safe city that has well-respected leaders is what drives a city’s good prominence. Barcelona has so far ticked each of these criteria. However, the current political instability might become costly for the city in terms of reputation. The city’s ranking has dropped from the 8th position since 2017.

Barcelona also performed well on the Anholt-GfK Roper City Brands index which evaluates the power and appeal of each city’s image. The study gives a holistic and detailed perspective based on six key dimensions: presence, place, pre-requisites, people, pulse, and potential. Barcelona was positioned 12th-13th overall but ranked especially well (4th-5th, sharing the ranking with Vienna) for the ‘place’ dimension which takes into account the city’s physical outdoors and transport.

Contrary to the city’s mediocre performance in terms of environment, the Digital Nomad Index only ranks the city 53rd (out of 56 cities) in terms of offering green space and parks. Interestingly, Barcelona finds itself on a 3rd position overall, with a strong position in four of the top ten categories. All of these four categories are somehow related to digital life; Internet speed, quality of co-working spaces, cafés with free WiFi and startup score. The Nomad List in particular praises Barcelona’s high-speed Internet. Furthermore, the city offers great nightlife, warm summers and is considered very walkable.

Barcelona’s position as a city for digital nomads is arguably better than the country’s performance in general. The Digital Life Abroad report considers Spain’s digital life as mediocre.

Innovation and global influence of Barcelona

Can Barcelona be considered a research and innovation hub for international companies?

Barcelona has shown improvement in the latest Innovation Cities™ Index 2019: Global edition. This index ranks 500 cities and is built upon 162 indicators, grouped into 31 segments that go from business to fashion and public safety. In 2019, Barcelona ranks 21st for its performance as an innovation hub, climbing nine positions than last year to become Europe’s 4th best-ranking city.

Barcelona’s ranks 23rd in the 2019 edition of AT Kearney’s Global Cities Index, the same as last year.  This index studies the aspects of the city such as the strength of an urban center’s network of businesses, the talent of its citizenry, the stability of political institutions, and the creativity of cultural organizations.

Similarly, the Global Power City Index 2019 edition studied 48 cities and showed that Barcelona has good conditions of housing (6th) and cultural interaction (14th). However, it could do better in terms of environment (21st), research (33rd) and especially in economic competitiveness (36th).

The Global Power City index aims to give a comprehensive picture of cities with global power, basing its evaluations on these six main functions that represent city strength: economy, research and development, cultural interaction, livability, environment, and accessibility.

Barcelona had slowly been improving its overall position up to position 20 in the 2016 edition of this index, but in 2017 the city’s ranking dropped four positions. The city has seen a slight improvement in its ranking with position 22 in the 2019 edition. While Barcelona enjoyed being one of the 5 most livable cities thanks to its good working environment, cost of living, security, and well-being, it has now also dropped out of this top 5, probably because of the rapid increase in housing prices.

Does Barcelona have a lot of cultural opportunities?

Barcelona’s strongest aspects in the 2019 The Cultural and Creative Cities Monitor are its enabling environment (4th) and cultural vibrancy, where it ranks 5th among Europe’s biggest cities.

Barcelona ranks among the top 5 cities in Europe where a majority of its inhabitants (78.89%) are not more than 2 km from the closest cultural venue.

Resonance Consultancy’s 2020 World’s Best Cities ranking puts Barcelona on a very high 8th position, which is four positions above Madrid’s ranking. The Catalan capital has scored the 7th position for Place, 8th for Promotion and 8th for programming;  nevertheless, there is a huge gap between these high-ranking pillars and the city’s prosperity, which leaves Barcelona on position 132.

Enjoyed our summary of global rankings and indices on Barcelona’s economic performance, its sustainability, attractiveness for digital nomads, brand strength and reputation? Thanks for sharing!