Which Are the Best Cities in America to Live, Work and Study in 2017? City Ranking Revealed 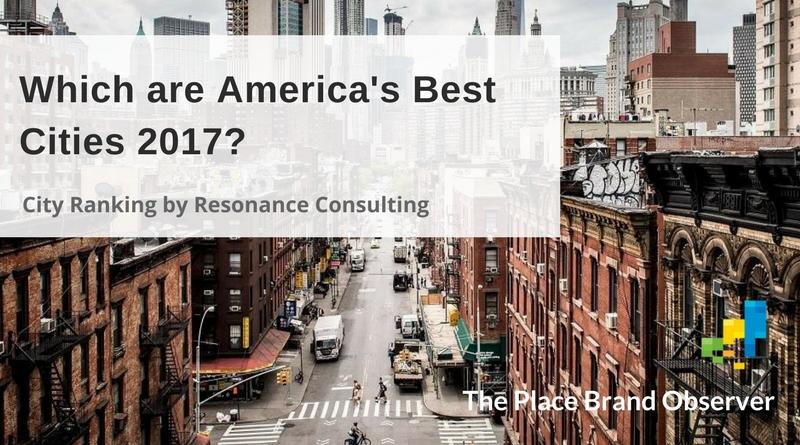 Chris Fair, CEO of Resonance Consultancy with offices in New York and Vancouver, in this post tells us about America’s Best Cities, a report published by Resonance a few days ago. Learn about the winners and losers, and the global trends.

Chris, which findings of the 2017 Best Cities Ranking did you find the most intriguing?

When it comes to large cities (those with a metropolitan population of 1 million or more), it’s not surprising to see New York, Chicago and Los Angeles at the top of the list. However, we were surprised to see that Houston ranked 7th overall in our analysis. We all know the city is the headquarters of the global energy industry, but you’d probably be surprised to hear that the city is home to the fourth highest number of consumer rated very good or excellent restaurants in the United States.

As for smaller cities with metropolitan populations between 200,000 and a million, there are lots of interesting results. El Paso at #10 is probably the most intriguing. The city has benefited from its proximity to Mexico, both economically and culturally. It stands out for its ethnic diversity and both its number of highly rated restaurants and number of Fortune 500 companies with headquarters there.

Which cities have seen the strongest increase in brand reputation?

We were surprised that Las Vegas moved up to the fifth best large city in our analysis. Most of us probably know the city for the gambling and entertainment on the strip, but the redevelopment of the city’s downtown and the construction of two new arenas that have attracted the city’s first professional sports team (the NHL’s Golden Knights), with NFL football to follow in a few years, are all signs that the city is rapidly transforming itself into a major league city.

How much the world talks about a city online can change dramatically from one year to the next and cities need to continually invest in the development, management and curation of their reputation and identity online.

How does the Best Cities Ranking work in terms of methodology?

We developed America’s Best Cities to quantify and benchmark the relative quality of place, reputation and competitive identity for U.S. principal cities with metropolitan populations of 200,000 or more. For this we analyze and compare 27 factors in six key categories, using a combination of core statistics and online ratings and reviews. We group these factors together into six categories: Place, Product, Programming, People, Prosperity and Promotion.

In sum, a city’s performance across these six categories reflects the relative “place equity” and competitive identity of one city to the next.

Which main trends do you observe with regard to city attractiveness and competitiveness? What’s the secret to success these days?

Based on our research on Millennials that have traveled in the past year and on what they have told us is most important in considering a city as a place to live or visit, we believe that a city’s “programming” in terms of its experiential quality is becoming increasingly important.

The next generation of talent and visitors is less interested in big institutions and attractions and more interested in the diversity of unique and authentic experiences, such as locally made goods, food and entertainment that work together to create a unique sense of place and identity for a city.

The secret to success then is less about a destination’s marketing and more about how it manages, supports and develops these types of experiences, activities and events in partnership with the local community.

The full report is freely available for download on BestCities.org.

Enjoyed our short interview with Chris Fair of Resonance Consultancy on America’s Best Cities in 2017? Spread the word!