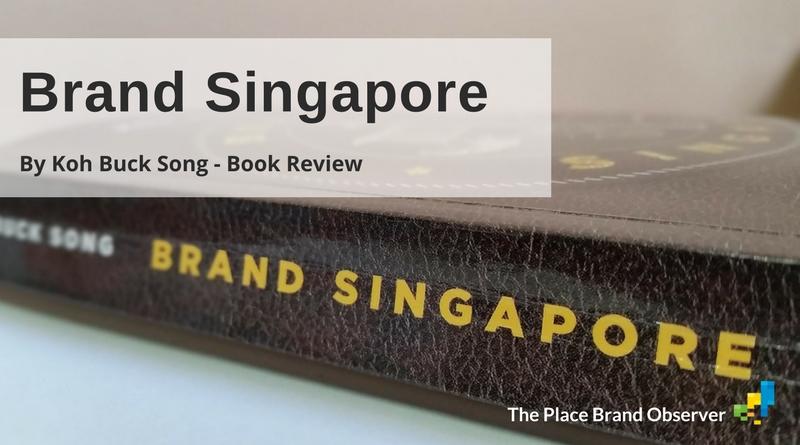 Brand Singapore – to nation branding professionals, Singapore is probably the most intriguing example of how a nation, country (and in this case also city) can build competitive advantage and global recognition through strategic place branding. Buck Song Koh (Rick to his friends), in this second, updated edition of his earlier book (2011) tells the story of how a little known former colony has transformed itself into a Global City, economic hub and one of the leading nation brands in Asia.

We consider this book essential reading for various reasons. First, it offers an in-depth account of nation branding, spanning fifty years. Second, it discusses nation branding in the context of society, business, culture, politics, tourism,.. which makes it very comprehensive. Third, Brand Singapore is written by a person who has been involved and thus can offer first hand experience and anecdotes. And fourth, it is entertaining and thus a pleasure to read.

Below a short interview with the author, in which he tells us why he wrote the book, its key insights and which developments and trends have impacted Singapore’s nation branding since he wrote the book.

Rick, in a nutshell, what is the book about?

Brand Singapore: Nation Branding After Lee Kuan Yew, In A Divisive World (Marshall Cavendish, 2017) is a new edition of a book first published in 2011 as an introduction to the subject of nation branding, with Singapore as an extended case study.

The book explains and examines the key aspects of how Singapore’s country brand was, and is being, built. It covers the role, approach and priorities of the government and public sector; brand contributions from the private sector and the people; as well as a look at future challenges.

The brand is also critiqued, and major negative perceptions (including its “brand keloids”, or persistent scars) are assessed. This new edition updates and refreshes all this material by taking into account significant developments in Singapore and the world since 2011.

Why did you write the book? What inspired you?

Ever since the first edition of Brand Singapore appeared, my publisher Marshall Cavendish and I have had the intention of bringing out an updated edition at some point. For a subject as dynamic as nation brand-building, observations are available on a daily basis of developments that have some impact on a country brand. So, in a sense, this book has been six years in the making. Five years seemed like a sizeable time frame.

This second edition actually appears six years after the first, and, in this case, it was very useful to have waited just a bit till February 2017 (when the final text was delivered) so as to include preliminary observations about the result of the 2016 United States presidential election. This is especially so, given the impact the new administration has had not only on all aspects of society in the US but also all around the world, including re-assessing all key concepts such as democracy, politics and globalisation.

This being the second edition, which key changes have you witnessed since you published the first edition?

Since the first edition was released in February 2011, a lot has happened, and Singapore has gone through some game-changing developments, especially:

(1) Two general elections – like never before, the election of 2011 brought to the fore the force of public opinion (especially expressed online through social media). This prompted the government to move decidedly left-of-centre in social policy, culminating in the election of 2015 that re-established the dominance of the ruling party in a manner that now seems set to prevail for the foreseeable future. This has reinforced Singapore’s longstanding brand attribute of exceptional political stability.

(2)  Singapore’s Golden Jubilee in 2015, 50 years after gaining independence in 1965 – this “SG50” year of national celebration (amplified by the passing of founding Prime Minister Lee Kuan Yew) transformed the people’s sense of history, with many ground-up initiatives of heritage and reflection. It also brought home to individuals the fuller meaning of a country brand and their own personal relationship to it.

Previously, most Singaporeans would have thought the nation brand was the purview of civil servants, and so, irrelevant to them. Also, along with this “SG50” year has come “SG100”, a current national effort to look ahead to the country’s next major milestone 50 years hence. This, too, has forever changed what was previously a typically short-term view of history. As a result, there is among the people now a broader, more confident and engaged outlook on the nation’s international reputation.

How/why does Brand Singapore stand out as a nation branding example? What makes it unique?

Brand Singapore has a few brand attributes that have traditionally set it apart from rival cities, such as administrative efficiency, a clean and green environment, very low corruption, and great ease of doing business.

But, to me, the most important X factor is Singapore’s multiculturalism and openness to the world. The country’s diversity of race and religion is sustained by uniquely interventionist social policies like the ethnic quota for public housing and tough, protective legislation on matters of religion.

The country’s red carpet for foreign talent is becoming an even rarer facet in today’s world that is beset with protectionist tendencies and suspicion against outsiders.

Looking forward, which major developments or trends do you witness which might affect brand Singapore? 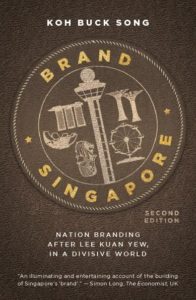 One major change now sweeping the world is de-globalisation, exemplified by the Brexit phenomenon in Britain and the Trump administration in the US. Singapore will have the opportunity to stand out among nation brands by continuing to stand up for its principles in international relations, including respect for the rule of law and belief in the benefits of free trade and multilateralism.

Another trend among nations is hard power re-asserting itself over soft power, as seen in geopolitical realignments and the rise of bilateral trade pacts. Here, Singapore’s recent soft power investments – including Gardens by the Bay and the National Gallery of Singaporean and Southeast Asian art – will stand it in good stead.

Learn more about Brand Singapore and nation branding in our interview with Rick.

Enjoyed this introduction to the new book by Koh Buck Song (Rick), on Brand Singapore and nation branding after Lee Kuan Yew? Spread the word!