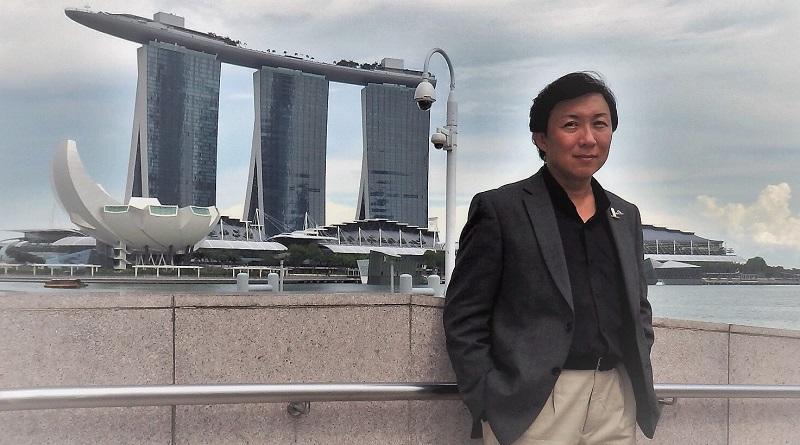 Buck Song Koh, author and editor of more than 25 books, including Brand Singapore: Nation branding after Lee Kuan Yew, in a divisive world, in this interview discusses the case of Singapore’s undeniable success in establishing itself as a global business hub in its 50 years of existence. Buck Song touches upon country brands, placemaking and nation brand-building in Singapore and Asia. Learn also about the soft power aspects of brand equity and how Singapore ranks in the Soft Power 30 Report.

Buck Song, your native Singapore is a remarkable success story of how, within a generation, a city and nation previously little known can emerge as a well-known, successful and broadly admired global hub for commerce. To your mind, which have been the main factors for this to happen? Which are the success pillars for Singapore’s nation brand?

For the successes in building Singapore’s nation brand, I would cite three main factors:

A country’s citizens are often touted its best brand ambassadors. What role does internal brand-building play with regard to developing – and later managing and upholding – a successful country brand?

Internal brand-building plays a very crucial role. Ordinary citizens are a country’s most ubiquitous and most convincing brand ambassadors. A nation that cares about its country brand would do well to work at nurturing and harnessing this branding potential.

This role is becoming even more important today, with the rise of social media and other online platforms that enable ordinary citizens to become even more influential. Not only externally in directly impacting overseas perceptions of a country brand, but also internally, as public opinion becomes more powerful in shaping government policy and corporate behavior. Both have an effect on a country brand.

In the case of Singapore, how are key stakeholders and residents involved in the country’s strategic brand positioning?

The year 2015 – Singapore’s 50th anniversary of independence, nicknamed “SG50” – was a very significant inflection point in stimulating and sparking the involvement in country brand-building of ordinary citizens, residents, members of the business community and other stakeholders. Throughout the year, hundreds of projects initiated by citizens, and then supported and showcased by the state, helped to boost affinity for Singapore’s country reputation like never before.

Since then, there has been a marked enhancement in awareness of the country’s standing in the world. This can be seen in the much greater participation in support of causes such as preserving heritage and the environment. It is also evident in sustaining a social and cultural environment in which people are encouraged to achieve their dreams even as they also contribute to the country brand.

Which trends and challenges do you observe as a scholar and consultant, with regard to place branding practice in Asia?

By and large, most Asian nations continue to get good traction for country brand-building efforts that mostly are focused on tourism. But in recent years, new ways of nation branding are emerging. China, even as it presses ahead with reinforcing the hard power of its overland and maritime New Silk Road initiatives, is winning over new friends also with complementary efforts in enhancing soft power. Aspects of Chinese culture, from ancient Confucian philosophy to avant-garde contemporary art, are securing new platforms everywhere.

Across Asia, old norms of nation brand perceptions are being questioned, and old hierarchies re-calibrated all the time, as seen in the nascent disruptions stirred up by recent geo-political tensions in and around the South China Sea.

We have now entered an era in which serious questions are being asked about previously well-accepted concepts such as globalization and democracy – how does this major shift in world view and -order affect those in charge of country brand-building?

The world is seeing a rise of nationalism and protectionism, with the UK after Brexit and the USA after the presidential election of Donald Trump as the most prominent examples of 2016. Against this new global backdrop, the relative attractiveness of some countries could be enhanced. These include nations that are admired for promoting openness and diversity, like Canada; those that contain populism well, like Japan; and those that excel in preserving social harmony, like Singapore.

How to measure a) place brand equity and b) the success or effectiveness of place branding programs?

The established global nation brand indexes, such as the Anholt-GfK Nation Brands Index, are already well-known. It is good to see that newer global rankings are emerging to also capture insights and best practices focused on related aspects of country brand-building, such as soft power, in such indexes as the Soft Power 30 Report.

In Singapore, the energy of state agencies related to country brand-building is focused not always overtly on place branding but more so on placemaking. The well-accepted approach today is that government agencies involved in aspects such as urban redevelopment or public housing must go far beyond the “hardware” aspects of their work.

For example, agencies in charge of building the area around Marina Bay, the new downtown in the heart of the city centre, must continue their work well into the “software” facets as well, long after the last concrete slab is in place. These include policies and initiatives such as organising car-free weekends and celebrating community festivals, so as to contribute towards very abstract ends as well, including fostering citizens’ sense of belonging to the country.

Your thoughts on the Good Country Index by Simon Anholt and Robert Govers? Does Singapore’s position on 22nd place match your perception of its performance in the international arena?

Not surprisingly, this ranking is consistent with many others in its rating of the top two nations in Asia – on the Good Country Index, Singapore is second in Asia, after Japan (in 19th place). It is true that Singapore could do more in the international arena, for example, on the criterion of contributing to world order.

As a celebrated artist, what role does culture play in place branding?

Culture is absolutely crucial for place branding, and it can only become even more so in a world more connected digitally and through travel.

For most tourists and visitors, the essence of a place is to be found in its culture – for most people, in art galleries as the most-easily visited cultural institutions.

For a country like the USA, Hollywood and MTV have always been the most powerful sub-conscious vehicles for the projection of soft power, although the global soft power dynamics are just beginning to shift with the rise of Asia.

For smaller nations like Singapore, building a cultural asset like the National Gallery (a home for Singaporean and Southeast Asian art, opened in 2015) can be game-changing in adding cultural content for country brand-building.

Connect with Buck Song Koh on LinkedIn, read our review of his latest book, or buy Brand Singapore on Amazon.

Enjoyed our interview with Buck Song Koh on country brands, placemaking and nation brand building in Singapore? Spread the word!