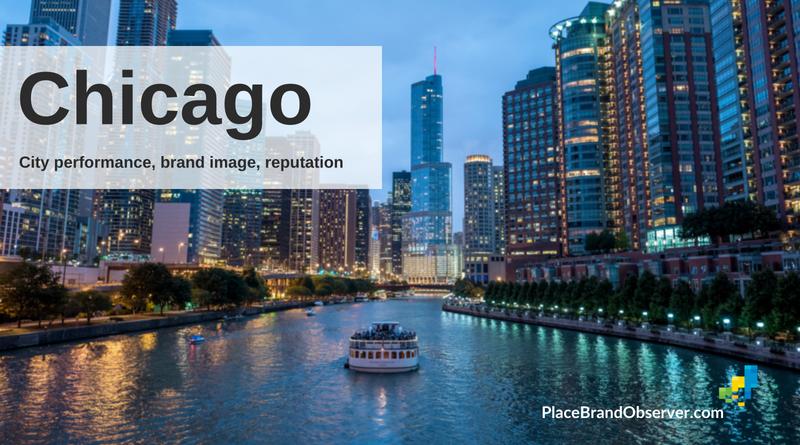 Chicago: how well does the “Windy City” perform in international rankings that study the competitiveness of cities in terms of attractiveness for talent, innovation, and business? Does Chicago have a chance at beating its national rivals New York and San Francisco thanks to its cultural offering? How well does the city do in terms of sustainability? Find the answers in this post on Chicago’s performance in various global rankings that measure city competitiveness.

In the past years, Chicago has been enhancing the lives of its residents through its aggressive “Sustainable Chicago” plan and has led the way on several fronts, such as the development of more than 225 miles of cycle lanes. The city also prides itself for having high-quality water. Despite these efforts, Chicago’s performance in the Sustainable Cities Index is not too impressive. In 2018, its overall ranking was 48th; in the people category, it scored even lower (70th), while its performance in the planet (52nd) and profit (21st) sub-indices were somewhat better.

Chicago’s ranking in the Green Cities Index is 11th among US and Canadian cities. It scores highest for transport (6th) and energy (8th) and lowest for CO2 emissions (19th).

The global power of Chicago

After a strong descent in 2014, Chicago currently ranks at a fairly strong 26th position in the Global Power City Index (2019). This, however, is still far from its all-times-best, 14th position in 2008.

Chicago does very well in the research and development category, where its position is 7th. This is an exception, though, as other indicators show a much lower performance – with the economy (28th), cultural interaction (29th), environment (30th), and livability (47th), all below the top-20.

AT Kearney’s Global Cities Index ranks Chicago much higher (8th) in its 2019 study, featuring it as the third-best American city in this index. Chicago’s performance in this study has been very steady, having maintained the same position for the last five years.

Chicago as a place to live

Rated as the world’s best city by Time Out’s 2018 City Life Index, Chicago is ranked 3rd among the 48 best cities in the world for 2019. Chicago, famous for its outstanding food and bar scene, also has an active population who love to stay fit. Without surprise, this balanced lifestyle has resulted in a lot of survey respondents expressing genuine contentment with the city.

In Resonance Consultancy’s place equity study focused only on US cities, Chicago stands out for its high performance in the product category. Ranking 2nd among all US cities, the report highlights Chicago’s high number of top local universities and excellent attractions and entertainment as recommended by locals and visitors. Also, Chicago stands out for its numerous museums and fine arts institutions. Its performance in the pillar of programming is also excellent – 3rd — just after New York and Los Angeles, reaffirming its strong commitment to offering cultural events.

Chicago: how attractive for digital nomads?

Chicago offers high-speed Internet (Digital Nomad List) but is an expensive city to live in. When it comes to living as a digital nomad in Chicago or the USA in general, it is a good place to live and work in. Overall the USA is ranked 10th out of 68 countries in terms of digital life for expats (InterNations).

Chicago’s strength as a finance and innovation hub

Chicago is a strong performer in the Global Financial Centers Index 26, scoring 5th for its business environment, 7th for reputation, 8th for human capital and 15th for infrastructure. It remains shortly below the global top-10 in banking (13th), as well as insurance and government services (both ranking 14th).

Chicago has made an impressive leap in the 2019 Innovation Cities™ Index, ranking 7th. This is four positions better than last year and makes it the third best-ranking US city behind New York (1st) and Los Angeles (4th).

Chicago’s performance in the City RepTrak® index that studies the worldwide reputation of cities is rather average: it positions 45th in the 2018 rankings. US cities are not the strongest performers in this study, with San Francisco taking 20th position ahead of New York (24th).

Enjoyed our summary of global rankings and indices on Chicago’s economic performance, its sustainability, attractiveness for digital nomads, brand strength and reputation? Thanks for sharing!