Europe’s Hottest Investment Destinations 2020: Cities and Regions to Watch Out For 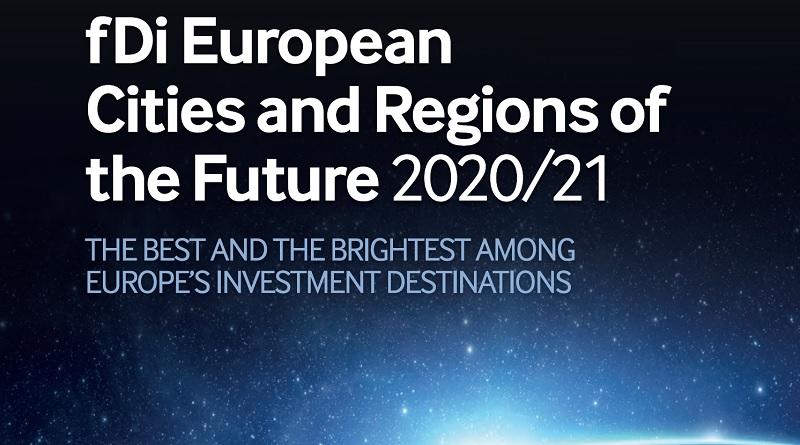 Which cities and regions in Europe are talent attraction champions and top performers in their economic development? Research firm fDi Intelligence (part of the Financial Times) went out to find answers. TPBO caught up with Naomi Davies, Head of Research at fDi Intelligence, to share with you her take on the European Cities and Regions of the Future 2020-21.

Naomi, which findings of the European Cities and Regions of the Future ranking 2020/2021 did you find the most intriguing?

One of the main takeaways from this year’s study was London‘s impressive performance in spite of Brexit uncertainty. The UK capital topped five out of seven category tables in the major cities classification (Overall, Human Capital and Lifestyle, Connectivity, Business Friendliness and FDI Strategy).

We also saw a number of smaller locations punching well above their weight, including Strykow, Poland, Slough, UK and Shannon, Ireland, who excelled in the ranking’s per capita datapoints.

Which cities and regions have seen the strongest increase in the ranking since last year?

Looking at the Overall Top Tables for Cities and Regions, there are some significant increases compared to the 2018/19 ranking.

Madrid jumped 21 places from 32nd to 11th this year, and came second in the Major Cities’ Human Capital and Lifestyle category, behind London.

Oslo County rose seven places in the Overall Regions table, from 16th to 9th, and Canton of Zug in Switzerland 11 places – from 22nd to 11th.

Which cities and regions have seen the strongest decline?

A few locations have dropped out of the overall top 25 tables. It is worth noting that the ranking is also affected by the improvements/positive performance of other locations, not necessarily that a location has performed much worse in a certain thing.

How does the ranking work?

To create a shortlist for ‘fDi’s European Cities and Regions of the Future 2020/21, we collected data using the specialist online FDI tools – fDi Benchmark and fDi Markets, as well as other sources.

Locations scored up to a maximum of 10 points for each data point, which were weighted by importance to the FDI decision making process, in order to compile the subcategory rankings as well as the overall ‘European Cities and Regions of the Future 2020/21’ ranking.

In addition, surveys were collected under a sixth category, FDI Strategy, for which there were 161 submissions. In this category, locations submitted details about their strategy for promoting FDI, which was then scored by fDi’s judging panel.

Bonus points were awarded to locations ranking in the top ten for FDI Strategy within their population brackets.

More about the European Cities and Regions of the Future ranking here [pdf].

Connect with Naomi Davies on LinkedIn.