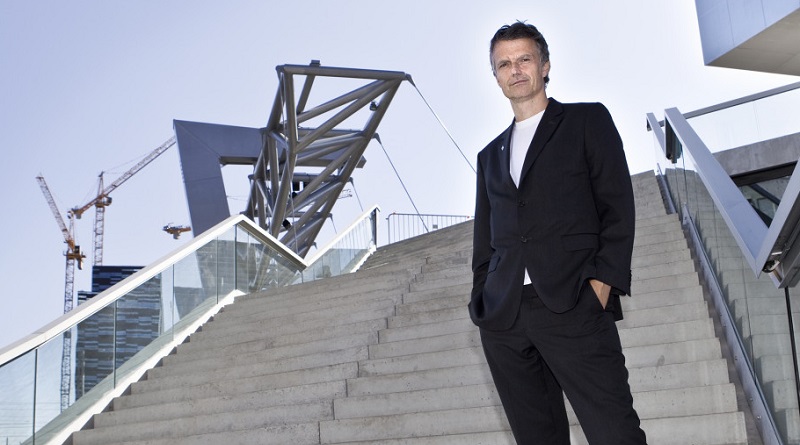 Erling Fossen, CEO of Oslo Metropolitan Area, in this interview illustrates how Oslo, Norway’s dynamic capital, has built itself a strong city brand reputation while at the same time focusing on sustainable urban development.

Erling, with your recent book, “OSLO – Learning to fly”, you offer an intriguing collection of stories and insights. Do you remember what first got you interested in the topic of urban development and city branding?

I’m a born and bred Oslopolitan, and when I grew up, nobody talked highly about Oslo in Norway. In order to understand politics in Norway you have to understand the division between Oslo and the rural areas. It annoyed me.

When Aker Brygge – a transformed shipyard – opened for business in 1986, Oslo got its first multifunctional area. Then everybody started to talk about urban development. Aker Brygge became the brand of modern Oslo, and was the place where tourists visited, and where we took our foreign friends.

At about the same time I read the intriguing story about New York and the “I love New York” campaign starting in the late seventies – after the then US President, Gerald Ford, more or less declared New York bankrupt, and refused to help. That’s when I understood the power of branding. Even though, in my professional community of urban geographers, everybody was critical about the term.

What is Oslo’s brand vision nowadays? And how does it work towards this vision?

Unlike many other cities, Oslo chose the city to be the brand. No logos, no slogans. The brand vision is “the best is yet to come”, and signalizes that Oslo is a young city with a vibrant frontier attitude against the tomorrow. Our brand goal is to be “the world’s favourite compact city.” And that is – luckily for me – a goal closely connected to urban development.

Oslo is a compact city where more than one third of all travels are made by walking. And the guiding criteria for the City is to grow from the inside out, densifying around transit hubs, and to make sure that most of the travels are done by either walking, biking or by public transport.

Øyvind Såtvedt in his interview illustrated how different actors have been working together towards a common goal in Oslo. How important is collaboration across public and private institutions for place branding success?

I think it’s crucial. A city must be a co-creation. But often overlooked when making brand processes, is participation by the inhabitants. If the people don’t feel ownership of the branding processes, it’s almost impossible to get them walking in the same direction. Using social media in this aspect is a necessity.

As Managing Director of the Oslo Metropolitan Area you promote the Norwegian capital and its urban surroundings to the world. How difficult (or easy) is it for a city like Oslo to gain and maintain recognition internationally?

It’s almost too easy. Jones Lang LaSalle call cities like Oslo “emerging world city”. That means medium-sized cities which are small enough to be flexible, but large enough to scale up.

Let me give you one example. According to our Governing Mayor, Raymond Johansen, Elon Musk once told him that “without Oslo, no Tesla”. During the first half of this year, around 40% of all cars sold in Oslo were electric. Oslo is the first mass market for electric cars. That is due to a combination of state fee exemptions, and the City’s progressive politics of using toll roads, building electric infrastructure and stressing car free city life.

In an ultra-competitive environment, being innovative is often the key to standing out from other cities. Which creative initiatives have you implemented, to build and strengthen Oslo’s brand reputation?

Oslo Metropolitan Area is a unique organization, organizing all the major developers in Oslo and Norway. That means we are able to implement strategies for the whole real estate industry.

Right now we are stressing the need for buildings to be energy positive. They have to produce energy to the surrounding areas. Since buildings use around 40% of the world’s energy and materials, and contribute to somewhere between 20-30% of all climate emissions, it is absolutely crucial to cut emissions in the real estate industry.

Oslo has an ambition to cut 95% of all climate emissions by 2030, and that is not possible without the contribution of the real estate industry.

Which part of managing a city’s brand reputation would you consider the most challenging, especially with regard to the links between city branding and physical urban development?

The single most difficult part is to pair the branding process with other vital City plans. The title of my master thesis was “Branding Alone?”, pointing out that the people that run the branding processes often act alone, without the heavy support of the politicians and the planners.

Managing a brand reputation should not be left to tourist agencies or inward investment alone, but should be put at the heart of every decision-making in the City.

When it comes to physical urban development, there is often a tension between landmark architecture attracting tourists, and affordable housing, which is THE most central issue for the people of a city. All monumental buildings must be able to both attract tourists, and offer programs or accessibility for the people of the city.

Cities like Barcelona and Amsterdam are facing serious problems of overcrowding in their city centers. Which wayfinding or placemaking strategies are you pursuing in Oslo to avoid similar issues?

We had Mateu Hernandez, CEO of Barcelona Global, at Oslo Urban Arena two years ago, telling us how Barcelona handled “overtourism”. After his lesson, all the decision-makers present, decided that Oslo does not have a problem with overtourism.

But like Barcelona, we are addressing the issues with cruise ships, talking about banning them from the central harbour areas. Our Tourist Agency -Visit Oslo – has also started to point the tourists to other parts of the city, instead of sending them all to the traditional landmarks.

It also helps that Oslo is gaining reputation for its new, bold and dynamic architecture, attracting young urban visitors. And they are always welcomed, because they blend in with the vibrant street life.

Greg Clark CBE, in the introduction to your book explores the question of how quickly a small, young and rich city can grow and still produce positive outcomes for its citizens. What would be your answer?

Oslo must work for everyone. It is essential that no inhabitants are left alone. Luckily for Oslo, we are a very egalitarian society. I like to say that the ruling ideology in Oslo is egalitarian capitalism. People are encouraged to walk their own path, but since we are all social democrats, nobody is closing the path after them or pulling up the ladder.

We also have a very robust welfare system, enabling both parents, even with small children, to take a job outside their home.

Oslo has been one of the fastest growing cities in Europe for many years, but severe growth pains are still glimmering with their absence. Fingers crossed that it stays that way.

To your mind, what are the best tools and tactics for making a small and fast-growing city stay “on brand”?

Political leaders of all parties must understand and work according to the brand vision and brand goal. If the politicians don’t feel ownership of the city’s brand reputation, it will fail.

Which would you say is the biggest challenge that city marketers and brand managers are going to encounter in the next years?

Cities are getting more and more diverse. Brand managers must be able to handle the multitude of a city and anchor every message in the core identity of the city.

Five tips for metropolitan brand managers, eager to ‘do it right’?

Be honest. Cut the crap. People are always smarter than you think.

A brand must be co-created. Let the people be the marketeers, not the advertising agencies.

Be unique. Connect your brand message to what’s really unique about your city.

Connect your brand to the urban development in your city. Vibrant areas will always be a better selling point than slogans.

Don’t brand alone. Make sure to weave the branding project tightly together with other policy documents of the city.

Enjoyed our interview with Erling Fossen on how Oslo, Norway’s dynamic capital, has built itself a strong city brand reputation while at the same time focusing on sustainable urban development? Spread the word!