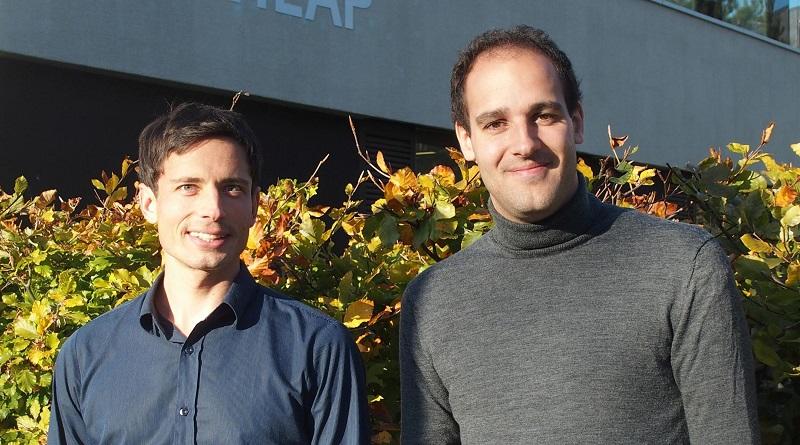 “The less transparent, the more attractive? A critical perspective on transparency and place branding” is the title of a recent article published in the academic journal of Place Branding & Public Diplomacy, by Renaud Vuignier and Vincent Mabillard of the Swiss Graduate School of Public Administration, University of Lausanne, Switzerland.

As awareness about the “goodness” of countries grows (see, for example the Good Country Index), transparency has become one of the potential challenges of Brand Switzerland, a country eager to readjust widespread perceptions of it being a tax haven. We caught up with Renaud and Vincent to learn more about their research.

In your recent article published in Place Branding & Public Diplomacy you discuss the links between transparency and country attractiveness. What brought you to this topic? And which are your key findings?

Transparency has become a keyword in both political and mass media scenes, often presented as an ideal goal to reach. Considered an end in itself, it is expected to solve all sorts of problems, including corruption and mistrust in institutions.

In terms of economic promotion, we have noticed that transparency is used by many governments and place marketers as an argument to attract investors. Simultaneously, and somehow paradoxically, the most attractive financial hubs in the world have recently faced criticism due to their rather high level of opacity.

Building on these premises, we decided to critically analyze the link between transparency and place attractiveness. Through a theoretical clarification of the concepts based on the literature and the case study of Switzerland, we argue that, while transparency of the regulatory framework can effectively improve the attractiveness of a place, opacity of legal requirements may also attract foreign investors. In this sense, transparency of and required by the rules can be at odds.

Are there any particular characteristics that differentiate the country brand of Switzerland from those of other countries, in terms of expectations linked to transparency and responsible governance?

​Generally speaking, Switzerland is geographically small, politically neutral and not a superpower. However, it plays a key role in the current globalized world. On the one hand, the country is very involved around the world, fostering dialogue through its “good offices”. On the other hand, it remains a global center for international cooperation and multilateral diplomacy, an international financial hub and an innovation leader.

Since the state is willing to maintain and further develop this position, expectations by other countries and civil society are high for Switzerland not only to respect but also to pro-actively engage in responsible governance and in the making of internationally respected rules. Of course, transparency is seen as a crucial component of this in various domains.

In your view, have factors such as tax transparency become more important for attracting FDI in the wake of Panama Paper revelations? Is this something foreign investors actually take into consideration when assessing countries and cities?

We assume that the Panama Papers have raised awareness: it is clearly no longer safe to hide money through opaque financial constructions. Nevertheless, there has always been a need to secure investments in the long run through a quest for stability. Now, international standards seem to be the best instrument to reach this goal. Among them, a rather high level of transparency has become compulsory and some experts have argued that it should – and will – even increase in the coming years.

Regarding tax transparency, an example of interest is the evolution of OECD-BEPS (Base Erosion and Profit Shifting). Also, recent declaration regarding fiscal rules for numeric companies (the so-called GAFAs) have shown the possibility for a shift in the way taxes are collected. They could be based on where the value is created by the company and not on where – in terms of headquarters and bank accounts – the money is located.

The implementation of this idea would require more transparency from companies towards governments and fiscal authorities. NGOs will presumably then ask why this transparency should not be directed towards the citizens as well.

We observe a general trend of financial hubs willing to “reinvent” themselves. This is for example the case of Switzerland, which is eager to retain its attractiveness for investors thanks to its banking know-how, especially after the downfall of its bank secrecy, which is now being replaced by the Automatic exchange of information (AEOI).

We notice in this regard the efforts deployed by Switzerland to show its commitment to respect international rules. The country has for instance one of the strictest laws against money laundering. In parallel, we see in various economic reports and rankings taking transparency as a factor of attractiveness relevant for investors, or as a component of place competitiveness.

As researchers, we follow these developments and analyze the tangible consequences of this so-called “reinvention”. To what extent does a place need to be transparent to be attractive? Is there a real shift towards more transparency (and what sort of transparency), or are we dazzled by the promises of transparency?

Has your view on fiscal transparency in Switzerland changed since you wrote the article?

While focusing on the meaning of fiscal transparency, we realized its complexity: it actually designates two different aspects. On the one hand, companies and investors are interested in a transparent tax system in the sense that they need to know clearly and precisely how they will be taxed to make business plans accordingly. On the other hand, they tend to be reluctant to be transparent regarding the effective taxes they pay and the details of their fiscal arrangements.

A key issue regarding attractiveness is the weight of regulation, including among many others transparency measures, on company administrative tasks. In this regard, the decision from the Swedish bank Nordea to move its headquarters to Finland “after tax dispute” (according to the FT) raised questions in Switzerland about the attachment of UBS and Credit Suisse to the country. The UBS chief executive stated that nothing is 100% sure, even whether UBS stays in Switzerland.

To what extent would you consider transparency an issue right now for the credibility of “Brand Switzerland”?

Brand Switzerland scores generally well in rankings. Studies of its image show that the country is generally very positively perceived.

However, Brand Switzerland is facing many challenges. First of all, effects on a country’s image only emerge in the long run; studies have in this regard shown a tendency towards inertia. Consequently, it only provides a delayed indicator. In other words, a country’s image may remain positive for a while, even though the perception of some aspects is already shifting in a negative way.

Then, key sectors for the Swiss economy encompass risks for the country reputation, for example the international sport cluster (remember the FIFA scandal) or the commodity trade sector. For the latter, a strategy has been developed by the Swiss government to take reputation risks into account by making sure human rights and environment protection are prioritized by companies. A popular initiative is also afoot on the topic, pressing for binding standards for Swiss companies in all their activities, including abroad. This campaign will certainly have worldwide echoes.

Finally, remaining a strong brand requires a solid pioneer vision and concrete anticipation in various innovation-driven domains, such as Life Sciences or FinTech. In this regard, projects such as the Crypto Valley in Zug and the Health Valley in Western Switzerland are encouraging.

Additionally, the general credibility of Switzerland regarding transparency will be addressed soon through a popular initiative requiring more transparency of political parties’ financing.

Which would you consider the most important insight of your research/article for country brand managers and marketers?

We hope that our article will be an incentive to take a step back and think about the key words used in branding and marketing campaigns, and the way they are perceived by various audiences.

We found, for instance, that the kind of transparency investors are looking for (transparency of the rules leading to more stability) is not exactly the transparency required by the civil society (transparency regarding companies’ activities and taxes effectively paid). This ambiguity should be taken into account when a place positions itself as transparent. It would help for campaigns to be targeted properly and story-telling to be based on solid grounds.

Our findings also underline the reputation risks regarding transparency in specific sectors. Transparency is therefore a double-edged sword. On the one hand, it is attractive to appear transparent, but on the other hand it would be demanding to be fully transparent.

Moreover, we can even wonder if maintaining a certain level of opacity is not key for attractiveness.

Which questions emerged from you research worth following up on?

There is great potential for research regarding attractiveness for companies. The existing literature on the subject is an important basis, but has to constantly evolve, as current developments call for more investigation and more inter-disciplinarity. That is why we have decided to connect research on attractiveness with research on transparency.

In our next contribution on the topic, we intend to measure quantitatively to what extend attractiveness for companies is driven by transparent or opaque rules.

The full article is available here.