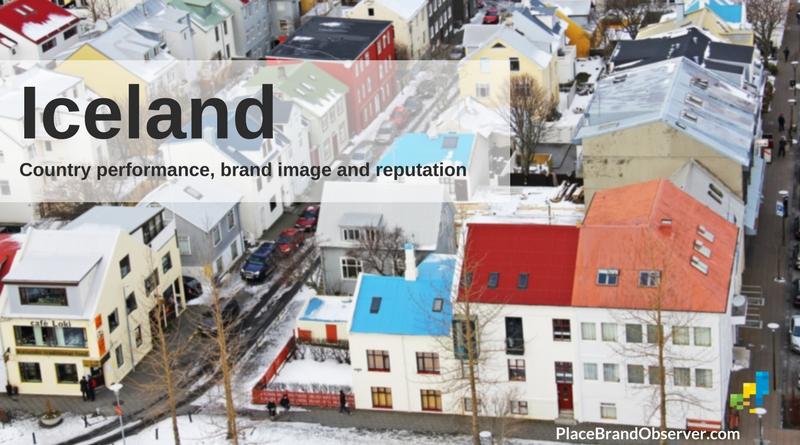 Iceland is the OECD’s smallest, but fastest growing economy, strongly helped by booming tourism and prudent economic policies. By becoming the first country to enforce gender pay parity, this peculiar country with sparse population and unique landscapes has proved to be one of the most egalitarian societies. Have these changes had a positive effect on Iceland’s reputation? Apart from being a green country, is Iceland also a happy society?

How much effort is Iceland putting into facilitating entrepreneurship?

Iceland ranks 23rd in World Bank’s Ease of Doing Business 2018 study. According to this evaluation, the easiest part of doing business in Iceland is to get electricity (6th out of the 33 OECD high income countries) and to register property (7th). However, difficulties of trading across borders (32nd) might limit its economic growth. In 2016, Iceland was 4 positions up compared to 2008, now among the top ten countries for ease of doing business.

In World Economic Forum’s most recent Competitiveness index, Iceland ranks 28th among 137 countries. Its strongest pillar is the efficiency of labor market (9th), but the small size of the market itself leaves it at the bottom end (126th) of the ranking in this dimension. In five years, Iceland has improved its ranking in the competitiveness index by two positions.

The Digital Country index, focused on the reputation of countries according to online searches, ranked Iceland 40th in its 2017 edition. This is 8 positions higher than in 2015. Iceland’s highest scores are in prominence (21st) and talent (25th), while investment (69th) and exports (53rd) could do better.

Livability and environmental performance of Iceland

Is the society of Iceland as sustainable as its environment?

Iceland scores high (11th) in the overall Environmental Performance index and especially high for environmental health (2nd). The vitality of the Icelandic ecosystem is somewhat weaker, positioned 29th in the ranking, which in its 2018 edition included 180 countries. Iceland was on second position in the 2016 index, after which there were some changes in the methodology used, which may have affected the evaluation.

OECD’s 2017 Better Life index gives maximum points to Iceland’s environmental qualities and its community-based networks. The overall life-satisfaction scores are very high (9.8 on a scale of 10) showing that, on average, Icelanders are more satisfied with their lives than citizens of other OECD countries.

The country only ranks below average in work-life balance and housing, meaning that life costs continue to be very high even for the Icelanders.

Finally, the Happy Planet index, measuring sustainability and well-being, ranks Iceland 39th out of 140 countries. Here, its score is highest in equity (2nd) and general well-being (3rd). Yet, its large ecological footprint brings the overall position in the ranking down.

What is Iceland’s contribution to global well-being?

Iceland ranks 27th in the latest edition of the Good Country index that measures how much countries contribute to the planet’s well-being, and how much they take back from it. The country takes first place in terms of contribution to well-being of the planet and climate, but its contribution to global prosperity and equality is considered quite small (105th/163).

How well is Iceland doing as a nation brand?

Iceland ranks 88th among the 100 most valuable nation brands, according to the Nation Brands index. However, in 2017 it was the best performing and fastest growing nation brand, up 83% from the previous year. The analysis suggests that Iceland may only continue to enjoy unrivaled growth in the near future thanks to the continuing tourism boom, with industry growth rates of 40% between 2015 and 2016.

Iceland’s attractiveness as place to work

How attractive is Iceland for talent?

Iceland’s ranking in the 2018 Global Talent Competitiveness index is 14th. The country demonstrates a strong performance in global knowledge skills (5th), with a good pool of higher competences and the ability to innovate. It also has strong vocational and technical skills (13th) and excellent employability (7th).

The study points out that, even though Iceland has a very desirable lifestyle (7th), it still has room for improvement in attracting talent,  where it ranks 19th.

Enjoyed our summary of global rankings and indices on Iceland’s economic performance, its sustainability, attractiveness for digital nomads, brand strength and reputation? Thanks for sharing!