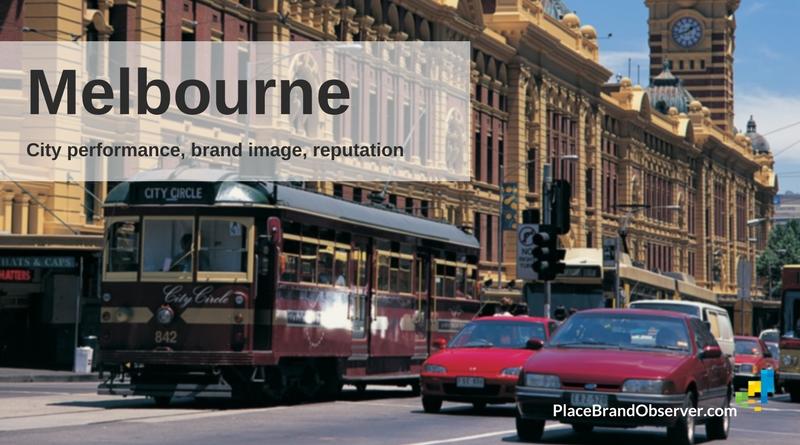 Melbourne, the second-largest city in Australia after Sydney, is known nationally and internationally for its lively cultural scene and its economic dynamism. Declared in 2018 as the world’s second most liveable city by the EIU’s Global Liveability Index, how does Australia’s “cool kid” perform in innovation, global influence, and sustainability?

How does Melbourne perform as an innovation hub?

Ranked 11th among 500 in the Innovation Cities™ Index 2019, Melbourne is definitely one of the most innovative cities worldwide. With key initiatives such as the Innovation District, an alliance between the local government, RMIT and the University of Melbourne to build an “urban innovation district” and create more opportunities for knowledge workers, students and innovative businesses, Melbourne has earned a place in the index Nexus (leading) group. With a score of 54 out of 100, the city is ranked second in Australia, after Sydney (15th).

Set to become a start-up powerhouse, Melbourne’s strength lies in the Edtech and Life Sciences sectors. Although it didn’t make it into the shortlist of the Global Startup Ecosystem Report (2019) – where Sydney is ranked 17th – Melbourne is expected to make it into this exclusive list of 30 cities in the years to come.

How much clout does Melbourne have internationally?

Apart from its satisfactory performance in innovation, Melbourne enjoys an indisputably high reputation both nationally and internationally. Known as Australia’s “cool kid” and “cultural capital” for offering a rich urban experience centered in art, music, theater, and gastronomy, Melbourne is ranked 16th in the AT Kearney 2019 Global Cities Report.

Leading in the human capital and personal wellbeing indicators, the city is predicted to make it into the top ten of the ranking next year.

Likewise, the city had a highly positive result in the 2018 City RepTrak®, which attests its reputation an impressive 12th position out of 56 cities included in the study. Only surpassed by Sydney nationally, Melbourne jumps to the third position for quality of living, which makes it Australia’s leader in terms of offering fulfilling life standards to its citizens.

Melbourne ranks 33rd in the 2020 World’s Best Cities index, which is quite far from Australia’s best performer, Sydney (22nd). Melbourne’s strongest assets are its People (26th) and Promotion (35th), the latter meaning that as a destination it’s doing a good job at achieving online recommendations and references. Prosperity (86th), though, takes Melbourne’s ranking down in this year’s index.

How attractive is Melbourne for digital nomads?

The Nomad List is positive about Melbourne as a city to live in, as a digital nomad. The popular Australian city scores very well in most categories, except for affordability (it is expensive) and the difficulties concerning free Wi-Fi in the city. The weather is great almost throughout the whole year and cards for cashless payment are accepted almost everywhere. This is in line with Australia’s general situation, with a good 9th position for cashless payments, according to the Digital Life Abroad report.

That said, performance regarding internet connections still has room for improvement. In the Digital Nomad Index, the Internet speed is represented by Melbourne on the 27th spot (out of 56 cities), whereas cafés with free Wi-Fi are the city’s worst-performing area (42nd).

How well does Melbourne perform in urban sustainability?

When it comes to sustainability, Melbourne – while still well-ranked compared to other cities internationally – is behind its domestic peers. In the Arcadis Sustainable Cities Index (2018), Melbourne ranks 56th among 100 cities, outperformed by Brisbane (44th), Canberra (35th), and Sydney (34th).

Despite showing a relatively better performance in the people and profit dimensions where Melbourne exceeds Sydney (category: people) and Brisbane (categories people and profit), it is the planet pillar where the city performs the poorest, namely energy consumption, renewable energy share, green spaces, and recycling, among others. Ranked 81st for environmental sustainability in the ranking, Melbourne is the lowest-scoring Australian city included in the study.

Enjoyed our summary of global rankings and indices on Melbourne’s economic performance, its sustainability, attractiveness for digital nomads, brand strength and reputation? Thanks for sharing!