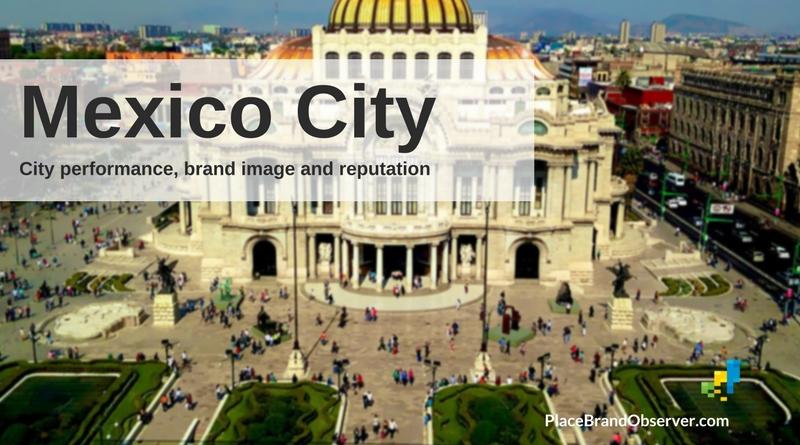 Mexico City, one of Latin America’s business and cultural hubs, is a city full of contradictions, judging by international rankings and research. The high levels of inequality and corruption, as well as enduring and harmful stereotypes, especially during the Trump era, also permeate the city’s image abroad. So how is Mexico City performing in terms of reputation and influence, business attractiveness and sustainability?

Both for offering an inviting environment for business and for attracting tourism, Mexico’s performance is quite satisfying, thus reflecting, to a good extent, its capital assets.

Chile has overtaken Mexico to be the easiest country in Latin America to do business in 2020, according to the World Bank’s Ease for Doing Business (2020) study. Mexico’s position has slipped from the 49th among 190 countries worldwide to the 60th position with a score of 72.4. The reason for its poor performance might be attributed to Mexico increasing the fees to obtain building permits.

When it comes to tourism performance, the Travel and Tourism Competitiveness Index (2019) has ranked Mexico as first in Latin America and 19th worldwide, followed by Brazil (32nd). Mexico has improved its ranking by 11 positions since 2015. This achievement cannot directly be attributed to Mexico City though but was driven by other cities and regions in the country.

Mexico City as a digital nomad destination stands out for being an overall warm city, very walkable and comparatively affordable, according to the Nomad List.

However, Mexico City is also characterised as having low air quality and certain neighborhoods are considered unsafe. Internet speed is considered to be good. The Digital Life Abroad report ranks Mexico as a whole 26th out of 68 countries.

However appealing for business and tourism, Mexico City isn’t yet a well-reputed or influential city, as shown by several studies. In the Global Power City Index (2019), which analyses cities’ global influence through the perspective of five global actors (managers, artists, researchers, visitors, and residents), the city’s score is as low as 807.6/1800.

Ranked only 44th among 48 cities worldwide, Mexico City has decreased five positions since 2018 in this ranking, mostly due to its poor performance in research and development attractiveness.

Ipsos Top Cities (2017) comes to a similar verdict: left out of the list of top-performing cities in all categories (livability, appeal for business and appeal for tourism), Mexico City ranks only 48th among the 60 cities included in the study, with a score of 5/100.

As for innovation, Mexico City is ranked the 87th position among 500 cities. The city has slipped 14 places according to the Global Innovation Cities™ Index 2019 compared to last year.

City RepTrak® 2018 ranks Mexico City as 54th among 56 cities worldwide, points out that the Mexican capital is perceived as one of the least safe cities as it recorded the most violence in the first quarter of 2018 in the past two decades.

In terms of sustainability, Mexico City doesn’t perform any better. While still considered “average” within Latin America by the Green City Index (2010) – not least thanks to its good level of energy efficiency – the Arcadis Sustainable Cities Index (2018) ranks Mexico City the 79th position among 100 cities analyzed.

Despite being an important business and finance hub in the region, Mexico City only makes 81st position for the profit category (followed by Sao Paulo at 86th). Furthermore, it’s ranking in the people category is as low as 78th, which explains the overall poor performance of the city in this sustainability ranking.

Enjoyed our summary of global rankings and indices on Mexico City’s economic performance, its sustainability, attractiveness for digital nomads, brand strength and reputation? Thanks for sharing!