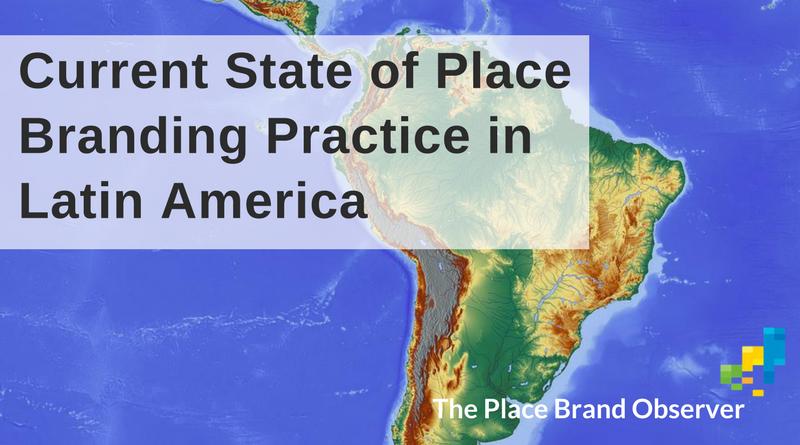 As Managing Director of FutureBrand Spanish Latin America, Gustavo Koniszczer has been active in the area of place branding in Latin America for many years. Asked where he sees the main challenges – and opportunities – for country branding in the region, here’s what he answered:

Latin America needs to improve its performance regarding the purpose dimension of country branding, which is linked to quality of life, value system and business potential.

Issues such as safety and security, tolerance, health and education and lack of advanced technology still impact the region’s branding efforts. Before we can expect any significant changes in brand perceptions, those structural needs have to be met, tells us Gustavo.

On the other hand, he points out that “Latin America has just a few brands that work as country ambassadors.” This is a lost opportunity since “commercial brands help conform a country reputation and imagery.” Once Latin American consumer or service brands show great performance, countries in the region will benefit from a strengthened image, Gustavo Koniszczer points out.

Apart from product or service brands, cities play a central role with regard to country branding. In the words of Gustavo, “an influential city is not enough to make a strong country brand… but it helps.” He further notes:

In our ranking of cities, we can find only two Latin American cities in the top 20 of most influential cities according to our research: Sao Paulo and Rio de Janeiro, both in Brazil. If cities improve their performance, the country could benefit from them.

Lina Maria Echeverri, during her term as Expert Observer reflected on topics such as country brand management in Latin America and how the region’s presidents influence their country brands. In her view, country branding is still in its initial phase in Latin America. Her concern is that “little effort is dedicated to brand development, and branding is often centralized on promotional activities.”

But why – apart from those very few laudable examples – does it seem so difficult for countries, cities or regions in Latin America to succeed in place branding? Raquel’s answer:

I believe that there are some specific traits that influence the approach to the discipline and its overall comprehension and implementation. I’ll give some examples found in Brazil: low standards of civic engagement, lack of cultural uniformity (due to miscegenation, immigration and the variety of regions, habits, lifestyles, etc.), huge social inequality, and high level of political instability.

Reflecting on her own experience as a place branding pioneer in Brazil, Raquel Goulart stresses that things are still on a very early stage in the country regarding strategic approaches to place brand development and management. In her opinion, the biggest challenge is that place branding is not institutionalized yet:

I see that different audiences in private and public areas are indeed interested in place branding, but this interest has not yet turned into concrete projects.

Lack of experience with place branding as strategic approach is also what holds Colombia back, tells us Lina Maria Echeverri, who doesn’t necessarily share the view of Colombia as a good country branding example:

Colombia has had two country brands in less than 10 years. Each government develops a new proposal and there is no consistency to the brand. The business sector in Colombia has not been able to understand the value or usefulness of the brand since very little is associated with the “made in”.

It remains to be seen how place branding practices in Latin America evolve over the next years. Hopefully our decision to offer The Place Brand Observer also in Spanish language will pay off and help place professionals realize the potential of place branding. Especially when approached with placemaking and development at its core, rather than ‘just’ communications and promotion.

Günter Soydanbay recently wrote an intriguing guest post on the seven deadly problems of place branding projects: lessons from Guadalajara in Mexico, an example of how not do to it. Lina Maria Echeverri in her posts refers to various countries in Latin America.

And of course our cases and examples of place branding in other regions offer plenty of insights and advice for Latin American cities, regions and countries.

Place branding books by and for Latin Americans

While we aren’t aware of any specific book dedicated to place branding in Spanish-speaking Latin America, Caio Esteves just published the first book in Portuguese. Primarily aimed at a Brazilian audience, the book includes the thoughts of many leading place brand thinkers and doers. Hopefully it will help place professionals gain a better understanding of the topic.

That’s all we have at the moment on place branding in Latin America. If you’d like to explore further, why not zoom in on our world map for in-depth interviews with leading place managers, marketers and developers in Latin America.

What do you think about the current state of place branding practice in Latin America? Do you agree with the views shared in this post? Comments welcome.