Cities of Opportunity – Where Sustainability Thrives 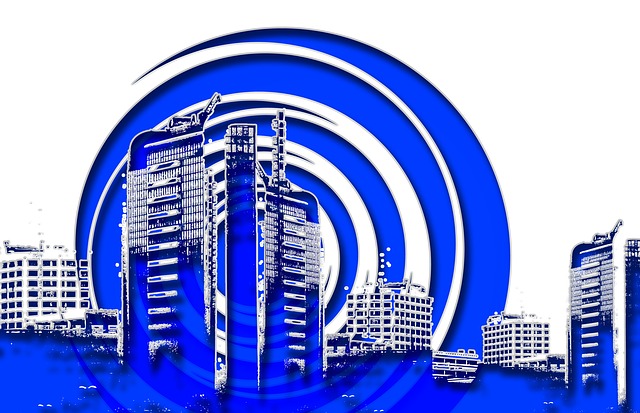 With climate change, augmenting (water, air) pollution and upcoming resource constraints haunting those with an attention span longer than a working week, not surprisingly sustainability and the natural environment have become essential parts of city and country rankings nowadays.

PricewaterhouseCoopers’ “Cities of Opportunity” Report is no exception and yet another proof that, across ideological divides and political benches, sustainability has emerged as a key challenge and aspiration, with a strong impact on a place’s (or organization’s) global competitiveness in the long-term.

According to the PwC report, Sydney, Stockholm, Paris, Berlin, San Francisco and Toronto are among the cities that most stand out for environmental best practice and sustainability.

Overall, the report features 10 indicators, organized into three families that – according to PwC – reflect the fundamentals of a well-balanced city: forward-looking tools such as education and technology; quality of life making cities healthy, happy, and sustainable; and the ability to pay the bills for it all.

Sustainability, livability and quality of life

The report puts Sydney first in livability – or quality of life, while London beckons to would-be expats (PwC staff) as place they would most like to work, followed by New York City (a survey among the 15,000 PwC employees was used as indicator).

The following statement should be particularly relevant to Chinese city officials: “After a certain level of economic success, a city’s residents demand more from municipal administrations. In fact, economic success normally is seen as (and historically has been) the basis for those improvements in urban life that lead to a city’s infrastructural development, from schools, hospitals, and police to roads, buses, and metros to libraries, parks, and environmental sustainability.”

While it might be the simple demographic fact of population density and expansion that turns towns into cities, it is the self-consciousness of citizens—and their proud participation in the growth of their respective cities—that urges cities to improve the quality of life of the men and women who live in them.”

The following sustainability indicators were used for the sustainable city liveability ranking:

Thermal comfort: A thermal comfort score was created for each city by calculating the average deviation from optimal room temperature (72 degrees Fahrenheit). January, April, July and October heat indices were calculated for each city using an online tool that integrates average high temperature and corresponding relative evening humidity during each month. A final thermal comfort score was derived by first taking the difference between a city’s heat index for each month and optimal room temperature and then averaging the absolute values of these differences.

Air pollution: Combination of measures of PM10 outdoor air pollution levels from the World Health Organisation (WHO) and the Numbeo Pollution Index of overall pollution in each city. The World Health Organization’s Public Health and Environment database provides annual mean concentrations of particulate matter 10 micrometers (PM10) in diameters or less which reflect the degree to which urban populations are exposed to this fine matter. The Numbeo Pollution Index is generated via survey based data. Numbeo attribute the biggest weight to air pollution, then to water pollution/accessibility, as the two main pollution factors. A small weight is given to other pollution types.

Public park space: Proportion of a city’s land area designated as public recreational and green spaces to the total land area. Excludes undeveloped rugged terrain or wilderness that is either not easily accessible or not conducive to use as public open space.

Read more about the PwC Cities of Opportunity report

While acknowledging the importance of sustainability for city livability, the report falls short in offering any compelling insights, case studies or examples of environmental best practice or sustainability in these cities, the latter from the feel of it being regarded a mere lifestyle issue.

Nice touch acknowledging the importance of citizen opinion, though basing quality of life rankings on PwC expat opinions is hardly useful a parameter for anyone not belonging to the jet setting elite, whose expenses are often paid for by their masters.

Most figures used are based on official documents and statistics provided by the cities themselves.

Sydney, not surprisingly, is popular among expats for its beaches, weather, and work-life balance. But is this enough for #1 in livability worldwide? To their credit, the city of Sydney does have an ambitious sustainability vision and strategic plan, though if you ask Australian sustainability thinkers, shakers and doers like Ross Lardner from award-winning Sydney Harbour YHA, then what you’re likely to hear is that the Australian metropolis is still far from a green metropolis.

Overall, what are the environmental and sustainability challenges – and opportunities for world’s leading cities? Key questions the PwC’s “Cities of Opportunity” could have addressed more convincingly.