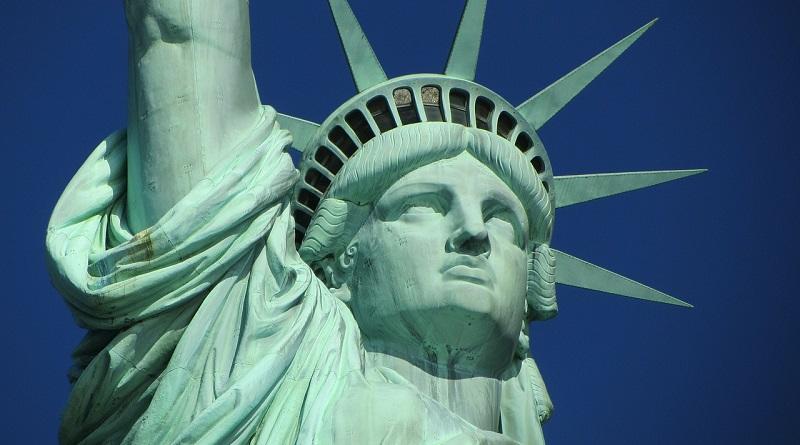 “America’s back” Biden said in his first speech on foreign policy on February 4th, referring to USA’s comeback into international cooperation. The reputation and credibility of America has suffered greatly during the Trump administration and the remaining question is whether Biden can rebuild it fast enough.

At first glance, Biden seems to be doing a great job. He has readmitted the US into the WHO, rejoined the Paris agreement and confirmed the US commitment to their allies. But is it enough? Is Biden’s reentrance to the White House enough to convince the World that “good ole America” is back?

A brand is a combination of actions, expectations and trust. Any relationship expert will tell you that rebuilding trust is a much longer journey than ruining it and hence, it will take a while before your brand is back on track.

The problem is, America isn’t back. Only the Democrats are. America is still divided. Four years from now the republicans might be back again and currently there is no way to tell what they will do. Internationally they have become an example of inconsistency and uncertainty during Trump’s rule. Even though Biden will gain trust, America won’t. It is not about being American anymore. People identify as Republican or Democrat.

The attack on Capitol Hill January 6th is maybe the clearest manifestation of this. Carrying “Make America Great Again” caps the mob attacked the most American symbol of them all, the heart of American democracy in an attempt to make it Republican again. America is divided once again into Democrats on the one side and Republicans on the other, each seeing themselves as the true America and the others as traitors. This runs so deep in current America that party affiliation has become a much stronger part of people’s identity than their nationality has, so deep that now more people would have a problem with their children marrying someone from a different political party than from a different nationality, race or religion.

It is time for reconciliation and healing

In order to restore the image of America, the identity of America has to be restored first. It is time for reconciliation and healing. In fact America needs to heal as any nation after a civil war, a need that has to be taken seriously to prevent continuation of conflict between the two identities.

“We are striving to forge a union with purpose”

Amanda Gorman said in her now famous inaugural poem. The tendency in a society coming from a conflict is to focus on the division that separates the two, to focus on who the past is to blame. This can consume all the energy and halt the healing for years. While you most certainly need to come to terms with the past, the future is waiting.

One part of the healing process is understanding there is a common future and common interest, despite the differences. An understanding that no matter the political affiliation, being an American, means that whether Republican or Democrat, you stand for certain values and have at least some shared vision for the future, despite any differences in the methodologies used to get there.

This is where place branding comes in – and at the same time why place branding can never be achieved by a single political party. It always has to include both sides, ruling and opposition. It has to be inclusive with a sense of ownership by all layers of society.

When President Lyndon B. Johnson was facing serious riots following the civil rights fight in 1965, culminating in Bloody Sunday at Edmund Pettus Bridge in Selma, he understood the importance of framing the challenge right. In a speech for a joint session at the Hill following the events he said:

This was not something that could be forced through by Northerners or Democrats, if it was to have a lasting effect. Republicans and Southerners had to rally behind the civil rights act as well, if it was to be everlasting.

A weak but symbolic effort was made already on inauguration day when the three former presidents attending the ceremony, Clinton, Bush and Obama, made a joint statement to the press. “The fact that the three of us are standing here talking about a peaceful transfer of power speaks to the institutional integrity of our country,” President Bush said.

It’s not what you say. It’s what you do.

One of the fundamental differences between place branding and traditional marketing is that you can not rely on just delivering a well crafted campaign. The brand can not be created in an agency or a speech, although both can be used to communicate it. A place brand is created by the millions who make the place and their actions. It is experienced not by a reader or consumer but by anyone who visits or interacts with the inhabitants of the place and shares the story afterwards.

What matters much more than what you say is what you do. This is why Biden’s claim that “America is back” has no merit until it has been confirmed with appropriate action.

Is America really back? What would prove that statement? The Paris agreement? Reversing Trump’s executive orders? No matter how many decrees Biden signs, they will still just show that Biden, not America, is back in the White House. It is not enough to restore America’s place in the World. The World has learned that executive orders can swing back and forth without clear foundation in the values America has been known for. Without these values shown in action by America as a whole the World doesn’t know what to expect nor what can be trusted.

Only when Democrats and Republicans agree on what America stands for will America be back. “Then victory won’t lie in the blade – But in all the bridges we’ve made” Amanda Gorman said.

America was put to the first test this weekend. The Trump impeachment trial was not merely a trial over Trump, but a trial of Americanism, American values and American democracy. “…unless we have the Republicans joining us,” president Johnson said when trying to get support for his civil rights act, emphasizing the importance of making it “…an American bill and not just a Democratic bill,” because otherwise there would be “…mutiny in this goddamn country.”

It is here that Brand America was put to the first test to proof if the leader of the free world and protector of democracy really was back. What took place on January 6th is obvious to the entire world. The acquittance showed that Republicans do not guard the fundamental American values but instead gave their approval of the attack on democracy.

Brand America is not back and the result of the impeachment trial just confirmed that. While Biden can expect his effort to be taken with open arms by the international community, he can also expect it to be taken with a pound of salt, harder negotiations, stricter safeguards in agreements, constant skepticism and a general lack of trust.

There is a long way ahead for the restoration of Brand America. Until then, Brand America will remain a box of chocolate. You never know what you’re gonna get.

A guest contribution by Hjörtur Smárason. More about the US in our country profile.