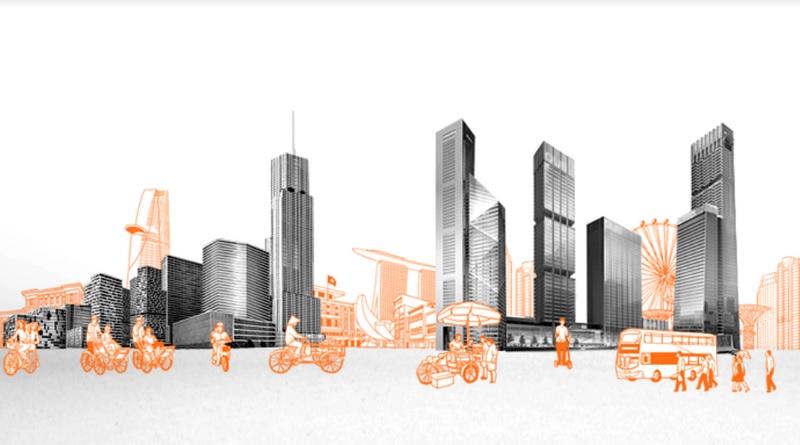 Dominic Mason explores current urban development initiatives and the growing importance of sustainability and place branding in the diverse and fast-growing region of Southeast Asia.

Across Asia, the cities of Osaka, Karachi, Jakarta, Mumbai, Shanghai, Manila, Seoul and Beijing are each already home to over 20 million people. Within the coming decade Delhi and Tokyo are each forecast to approach or even exceed 40 million inhabitants. This explains why sustainable urbanisation is one of the major trends currently shaping ASEAN, a region comprising some of the largest and fastest growing cities in the world. It is this region’s sheer diversity, with markets ranging from frontier to emerging and to developed, that opens the field on a variety of approaches in the branding of urban place.

The term ‘Place Branding’ is typically associated with the branding of countries, regions and cities as locations and destinations for a broad range of stakeholders. Even within cities there are defining places within the urban landscape that differentiate themselves as locations for businesses, residents, tourists and attract both economic and cultural activities. Increasingly, mixed-use integrated developments play a role in shaping perceptions of urban place and helping define their city brands.

For urban planners and real estate developers, particularly those in Asia, the growth in population density poses a significant challenge. As more cities struggle with overcrowding and the need to attract talent, visitors and investors, city planners and developers will need to factor sustainability into ensuring their place brands have longevity.

Ho Chi Minh City is Vietnam’s most populous metropolitan area and the 20th most densely populated city in the world. Unlike Singapore and Yangon, place branding in Ho Chi Minh City appears to be constrained neither by space nor time, with entirely new townships expanding the urban landscape and macro, mixed-use developments re-shaping the centre of the city.

Across the Saigon River from the city’s established District 1 is the 1,620 acre Thu Thiem New Urban Area (NUA). Under the city’s master plan, Thu Thiem in District 2 is set to become the new financial, commercial and residential centre for Ho Chi Minh City and promises to not only expand its downtown core but also shift the meaning of this ambitious city.

The city-state of ‘live work play’

With Singapore’s Central Business District transforming at a rapid pace, mixed-use landmark developments are redefining the meaning of place in the city’s downtown commercial core. From established CBD place markers, such as One Raffles Place, to revitalised and emerging ones, like OUE Downtown and Tanjong Pagar Centre, Singapore’s downtown skyline continues to evolve.

And so does its sense of place on the ground, with more residential and retail developments breathing life into the CBD. Place branding at the heart of Singapore’s dense commercial landscape will continue to build on the city-state’s well-established live, work, play narrative, with an emphasis on downtown residential and leisure lifestyles.

The city that captured time

Yangon’s urban landscape bears an indelible imprint from the past and a valuable legacy. The city’s density of colonial-era buildings is unmatched throughout Southeast Asia and not only symbolizes Yangon’s cosmopolitan past, but promises a potentially unique future.

And the duality of Yangon’s urban landscape, from its geometrically dense downtown core to the more generous and meandering avenues to the north is evident in the city’s early maps and remains a defining characteristic of Yangon to this day. It is against this landscape that place branding in downtown Yangon faces the challenge of preserving the heritage of its past and signalling its progress in the present.

Dominic Mason is Managing Director at Sedgwick Richardson SEA. Connect with him on LinkedIn.

Enjoyed this post on current urban development projects and the growing importance of sustainability and place branding in Southeast Asia? Share and spread the word!