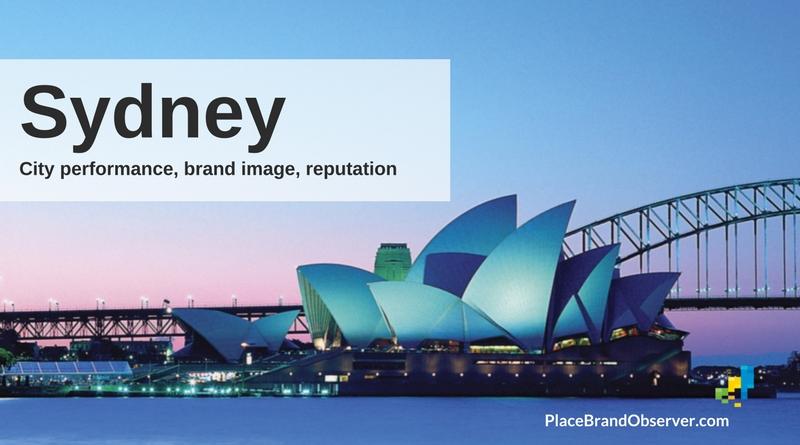 With over five million inhabitants, Sydney is by far the largest metropolis in Australia. Considered one of the wealthiest and most dynamic cities in Oceania, how does Sydney perform in international rankings measuring economic competitiveness, sustainability, innovation, and global influence?

Sydney is the largest metropolis and economy in Australia. With over five million inhabitants, the Greater Sydney metropolitan area has a GDP of AUD 461 billion, which accounts for almost a quarter of Australia’s GDP (SGS Economics & Planning, 2018-2019). However, the city’s economic importance goes well beyond Australian borders.

The latest Global Financial Centers Index (2019), which evaluates the competitiveness of financial hubs around the world in terms of the business environment, human capital and infrastructure, sees Sydney as the 10th strongest financial center, among 104 cities. With an overall score of 738 out of 1000, Sydney is the first Australian city in the index and the 7th in the Asia Pacific region, after Hong Kong, Shanghai, Beijing, Shenzhen, Singapore, and Tokyo.

Even though Sydney is also included among the world’s most economically powerful cities by CityLab, it is “only” ranked 14th among 25 (Global City Economic Power Index, 2015). One possible explanation for the city’s performance in this index is that the study looks at economic performance, social inclusion and environmental indicators.

The Global Innovation Cities™ Index takes a look at cities’ innovation potential and evaluates it through three factors: cultural assets, human infrastructure, and networked markets. In its 2019 study, Sydney was included in the leading group and was ranked 15th among 500 cities worldwide. The city is only outperformed in the Asia-Pacific region by Tokyo, Singapore, and Seoul.

The Global Startup Ecosystem Report (2019) ranks Sydney 23rd among the top 30 cities worldwide. The study measures the capacity of cities to build innovation-friendly ecosystems for their start-ups to thrive. It considers Sydney among the Top 10 Global Ecosystem for Connectedness and Top 15 for Fintech businesses.

Australia’s bad overall position in the Digital Life Abroad report, as a country regarding Internet-related issues, contradicts Sydney’s good performance, as attested by Nomad List, which considers Sydney’s free Wi-Fi great and also praises the Internet speed. Curiously, the Digital Nomad Index ranks the city’s Internet speed and availability of cafés with free Wi-Fi in the lower half of the ranking.

What both studies agree on is that Sydney is very expensive, expressed in the average cost of renting an apartment and cost of a beer. Paying cashless is no problem though (that is if you have enough to make this popular destination your next home!)

According to the UN City Prosperity Initiative (2014), an online tool that measures cities’ sustainability performance, Sydney could be compared to metropoles such as Manchester, Dublin or Melbourne. With a score of 66 out of 100, the city is high performing in urban governance (88%), quality of life (83%), social inclusion (82%) and infrastructure development (81%), but remarkably poor in environmental sustainability (26%). The share of renewable energy sources in overall electricity consumption is highlighted as the most critical environmental indicator.

The Arcadis Sustainable Cities Index (2018), which analyses sustainability performance based on people, planet and profit approach, has ranked Sydney 34th, among 100 cities. Its 8th place in the Planet pillar in 2016 was down to the 49th position in 2018, indicating a need for improvement. The Sustainable Sydney 2030 Program, which promotes a reduction of carbon emissions in the city by 70% in the next twelve years, is also mentioned as a crucial factor.

The index further points to tourism and transport infrastructure as two indicators where Sydney has room for improvement.

The Global Power City Index (2019), which evaluates a city’s attractiveness from a citizen perspective, ranked Sydney 10th among 48 cities. Having climbed 4 spots since 2015, the city’s strongest indicators are economy where it ranks 8th and environment 5th. Sydney ranks 23rd for cultural interaction and accessibility (transport infrastructure) continues to be the most problematic for the city, ranking 34th.

However, it is in the 2018 City RepTrak® study where Sydney performs at its best. Ranked 2nd among 56, it is described in the study as the top city worldwide people would like to live, work and visit.

Enjoyed our summary of global rankings and indices on Sydney’s economic performance, its sustainability, attractiveness for digital nomads, brand strength and reputation? Thanks for sharing!