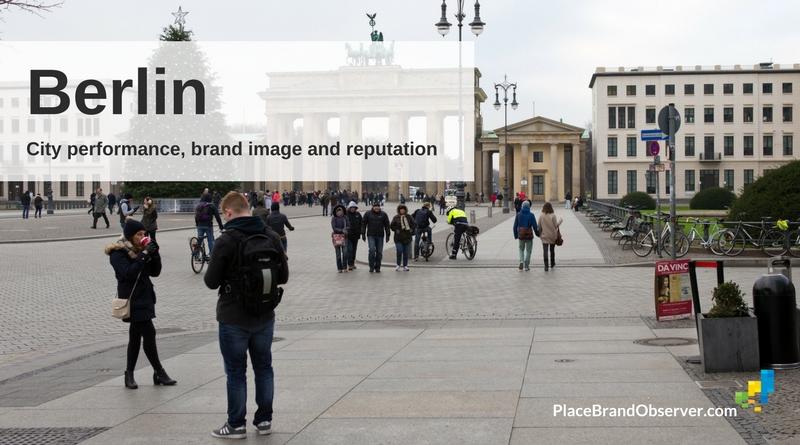 Ever since the unification, Berlin has been a mecca of the alternative art world, offering a great variety of scenarios and opportunities for the creatives. Apart from that, it is also the capital of Germany, Europe’s largest country by the size of the population, and as such a political heavy-weight. How do these characteristics influence Berlin’s performance in the different indices that rank cities according to their economic, social and environmental characteristics?

Is Berlin a city that stands out for inspiration and innovation?

According to the 2019 Innovation Cities Index, Berlin ranks 12th among the 500 global cities that were evaluated in the study. Only two European cities -London and Paris– are positioned ahead of Berlin in this index, demonstrating the improving performance of the German capital as a hub for innovation.

Berlin is the 4th most dynamic city in Europe, according to the 2019 Dynamic Cities index. Here it scores highest in the dimension of inspiration, which measures aspects such as the city’s art sector strengths, engagement, and livability. Berlin’s performance is also good in terms of interconnection as well as inclusion.

Is Berlin a good place to do business?

Berlin is the 9th best city for doing business, according to Ipsos 2017 Top Cities Index, the same position it held in the previous, 2013 edition. While New York tops the list, London and Zurich are the only European cities that are ahead of Berlin in this ranking.

Berlin as a global city

How much global influence does Berlin have?

Berlin has a strong, 8th position in the Global Power City Index 2019 edition. Berlin’s ranking has remained the same in comparison to last year but is two positions below its all-time best (from 2008 to 2011) when it was 6th.

Berlin leads in the dimension of livability, which shows a city’s costs of living, well-being, working environment, and other important characteristics. Its lowest score is in the pillar of economy (29th), showing that the overall business environment of Berlin is good, but not excellent.

In A. T. Kearney’s Global Cities 2019 Index, Berlin ranks 14th. In six years, its ranking has improved by six positions. In Europe, Berlin ranks 3rd for its global power behind London and Paris.

Germany’s best performer in the World’s Best Cities ranking, Berlin is positioned 28th in the 2020 index. The German capital is among the top-15 for programming (13th), product (15th) and promotion (16th). On the other hand, the pillar of people (78th), which measures the diversity of a city, and especially prosperity (122th) that shows the city’s employment opportunities and corporate head offices, rank Berlin much lower.

Which cultural and creative opportunities does Berlin offer?

According to The Cultural and Creative Cities Monitor: 2019 Edition, Berlin is ranked 5th in the XXL category of European cities (>1 million inhabitants), an improvement from its 7th position last year. For the first time, Berlin is placed among the top 5, with strong competition: Vienna, Prague as well as Budapest vying for the same spot.

Berlin performs well across all the sub-indices, coming out 5th for ‘Cultural Vibrancy’, 7th for ‘Creative Economy’ and 8th for ‘Enabling Environment’.

How good is Berlin’s performance in terms of sustainability?

Berlin’s overall ranking in the 2018  Sustainable Cities Index is 18th. Its performance is best in the Planet sub-index, where it ranks 8th. Its lowest score (36th) is in the sub-index of People.

In the 2012 European Green City Index Berlin did relatively well –ranking 8th among thirty European capitals. Berlin leads the ranking in the dimension of the environmental impact of buildings and the city’s efforts of finding sustainable alternatives for maintaining its buildings.

It is interesting that Berlin does pretty well in terms of being a digital nomad destination, in comparison to Germany in general, which only ranks 53rd (out of 68 countries) according to the Digital Life Abroad report. The country is ranked 25th out of the 26 ranked European countries and simultaneously ranking twice in the bottom 10 and twice nearly in the bottom 10.

Berlin is at the moment ranked 20th in the Nomad List. Note that the list changes all the time, but given the fact that currently almost 1350 cities are listed, this is still very impressive and likely to not change too much due to climate or season. The list describes the city as very walkable, LGBT friendly, having warm summers and offering high-speed Internet. Especially the latter is interesting, given the country’s overall performance is considered bad in this field. The Digital Nomad Index, however, considers the city’s high-speed as mediocre. This index puts Berlin on a comfortable 21st position overall. The city performs especially well in the category “startups” (6th).

How good is Berlin’s performance as a city brand?

In 2017, the Gfk Anholt City Brands Index ranked Berlin as the 10th strongest performing city brand worldwide. This is three positions lower than 2015, proving that Berlin needs to do more to hold on to its Top 10 ranking.

However, according to the 2018 City RepTrak®, Berlin has to put some effort into improving its global reputation. This study ranks Berlin 31st among the 56 cities that were involved in the research. This is not an outstanding result for the capital of one of the most influential countries in Europe.

Enjoyed our summary of global rankings and indices on Berlin’s economic performance, its sustainability, attractiveness for digital nomads, brand strength and reputation? Thanks for sharing! 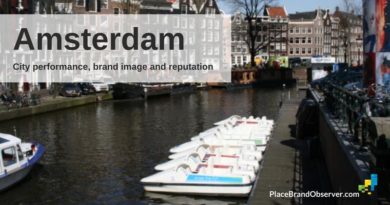 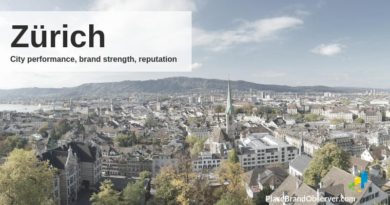 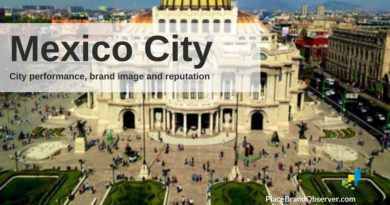