The Good Country Equation by Simon Anholt: Why You Should Read This Book 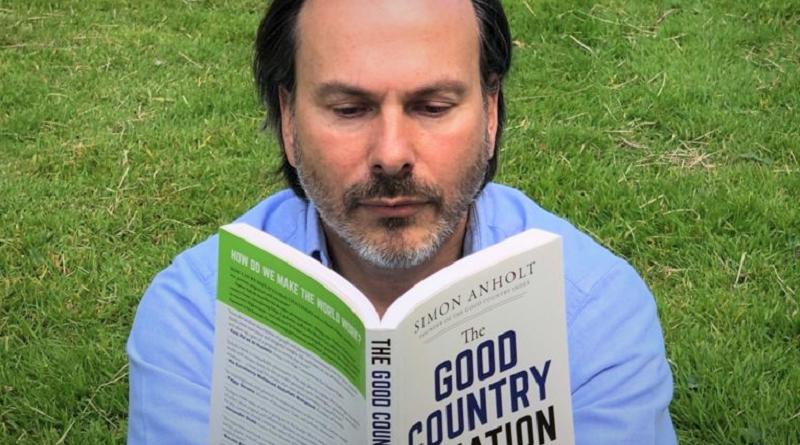 Earlier this year we published an interview with Simon Anholt on “Place Branding 2.0” and his work on the good country idea. It’s with delight that I can share with you that his new book, The Good Country Equation – How We Can Repair the World in One Generation, is now published and available for you to read.

And what a book it is! I almost missed a call and ignored my emails for the better of a day (never happens to me), joining Simon on his travels and encounters around the world.

As someone who has – like him – been fascinated by what we colloquially (and perhaps, confusingly) still often refer to as “place branding” – more precisely the mastery of nurturing the image and identity of nations, cities, regions and their communities, it is truly rewarding to read how his ideas on the matter have evolved and how his thinking has changed – now all coming together and maturing in The Good Country Equation.

Together with Robert Govers‘ recent book on Imaginative Communities, The Good Country Equation is easily among the most inspiring and enjoyable books I have read on the topic.

I could go on and on about the book but won’t, as I think it is more interesting to hear from the author himself: why he wrote it and how he hopes it will change our perceptions of places and our visions of a world not too far from now.

Simon, a few months ago we already discussed the importance of the Good Country concept – at a time when the coronavirus pandemic had already started, but was in no way as bad as it is now. How have more recent developments added to your sense of urgency that a stronger focus on being (perceived as) a good country in the community of nations is necessary?

Well let me say first of all that being perceived as a good country is inseparable from being a good country (I define a Good Country as one that successfully harmonises its domestic and international responsibilities). Any government that attempts to create the perception of contributing to the international community without actually doing so won’t get very far.

The worsening of the pandemic and the increasingly disjointed and dysfunctional behaviour of many governments has made one bad thing worse and one good thing better.

The good thing is that the whole of humanity has been made acutely and continuously conscious of being part of a global community for many months. The consciousness of seven billion other human beings, suffering and striving and hoping and dying, fighting off the predominantly evil influence of politicians and the media, every hour of every day, in every corner of the planet, has worked wonders for our sense of connectedness. We feel more like a single species inhabiting a single planet than I can ever remember feeling before. This can only be a good thing.

I found ‘The Good Country Equation’ a truly fascinating read; a book which, once you start reading, simply doesn’t let you go. Full of behind the scenes anecdotes and funny stories, as well as insights into what works and what doesn’t when trying to strengthen a country’s image. Apart from being hugely entertaining, which are the other – perhaps larger – goals you are pursuing with the book?

I’m so glad you enjoyed it. I did intend it to be enjoyed above all: I’m personally fed up with books about the ‘state of the world’ that are astonishingly authoritative, thorough, well-researched, and totally unreadable because they’re written like text-books, in black and white. I wanted to write this one in colour.

The larger goals? Well, this is the continuation of a dialogue with the public that I intend to continue – one that might lead to some progress.

‘The Good Country Equation’ also feels like an attempt to – once and for all – come clean on nation brands and nation branding, two terms which you helped coin but have since distanced yourself from. Why not simply rebrand the concept and clarify that what you describe in the book is what place branding is actually all about?

Actually I found during the writing of the book that I finally made my peace with “nation branding”, a topic which as you know I’ve had a very fraught relationship with for many years. It became clear to me as I wrote this work in autobiographical form that the one led naturally to the other: it’s all part of the story.

In a way, what you suggest is exactly what I’ve done, although I’m not very good at rebranding things (I tried that before: replacing “nation branding” with “Competitive Identity” and was dissatisfied with the new term even sooner than I had been with the old one).

Imagine someone reads the book and is asked by a friend to briefly share what it is all about. What would you like her to say?

This is a man who spent twenty years as a close advisor to more than fifty heads of state, heads of government and monarchs around the world. This book tells the story of the conversations he had with them, and how it led to an understanding of what’s really gone wrong with the world, and some pretty surprising ideas about how to fix it. It’s written more like a novel than a textbook, full of colour and detail and personality. As he says right at the beginning: just because these things are serious doesn’t mean they have to be boring.

As someone who likes to challenge how we seek to strengthen the appeal and identity of places, is there any one bit of advice you’d like to share with those working to convince talent, investors or visitors that their town, city or region is the one they should consider?

Which books or persons have inspired and influenced you the most, when writing The Good Country Equation?

I was very conscious of trying to write a type of book I’d personally never read before: when it came to interweaving autobiography, travel writing, international relations theory, data analysis and geopolitical strategy, I was very much on my own. But I have always enjoyed fiction far more than non-fiction, and I like to think that this shows in my writing.

I’ve put my heart and soul into this book, and I hope people notice it!

More about the book here. Find it on Amazon UK, Amazon US and Audible (the Audiobook, narrated by Simon, is free at the moment if you have an Audible account).

More about Simon’s story in our interview. You’d like to book Simon as a speaker, for a workshop or seminar? Here’s how.