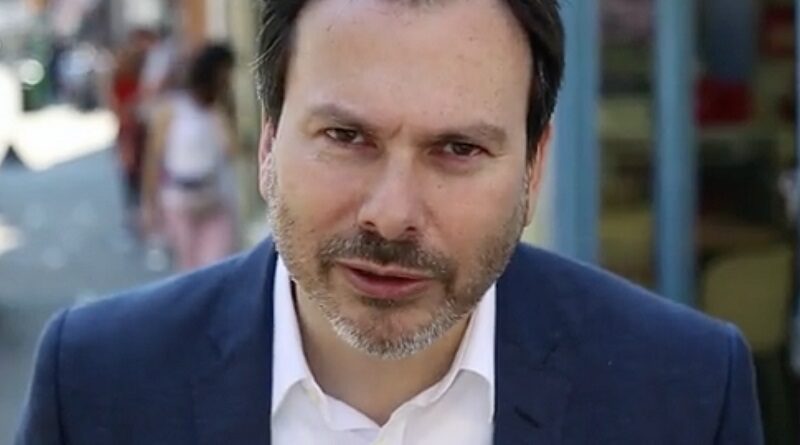 Simon Anholt is widely known in the place branding and public diplomacy community for his work on the competitive identity of places and – especially in recent years – for challenging how the concept of “place branding” is frequently (mis)understood and applied.

As the founder of the Good Country project, Simon does not tire to stress how important it is for cities, regions and countries to be “good” to their own people, but especially also to others – the wider international community. This, he argues, will shape a country’s or city’s reputation like nothing else.

In this interview, Simon shares his thoughts on “Place Branding 2.0” (the working title for an updated version of place branding, as he initially envisioned the concept) and how the “good country” idea could be applied to cities – in fact communities of any size.

Simon further illustrates how the current coronavirus pandemic forces us to take a much needed break, which we should use to reassess and refocus: an opportunity for businesses and communities to make the necessary adjustments now for a more sustainable future.

Simon, at the upcoming Nordic Place Branding Conference you will share your thoughts on the characteristics of “Place Branding 2.0”. In a nutshell, what’s this about, and how does it differ from older (perhaps outdated) applications of the concept?

The approach has a number of components which I’ve been developing in my practice and research since my book Competitive Identity was published in 2007. Several of them will be familiar to people who have been following my work, and now it feels like the right time to bring them together into a single system.

Ever since I’d first coined the term ‘nation brand’ in 1998, I had been concerned about the growing tendency of governments to spend larger and larger amounts of public funds on propaganda – in other words, paid messages telling the world about the assets and achievements of their countries and cities, in the hope that this would improve their image. The main message of my 2007 book, Competitive Identity, was that this simply doesn’t work.

Places are judged by what they do, not what they say about themselves. There is absolutely no correlation, and never has been, between a country’s image and the amount it spends on marketing, PR or “branding”.

There was, and is, serious confusion between traditional promotion of a country’s sectors and products (such as trade, investment and tourism), and the attempt to improve the country’s overall image. The first is indeed a matter of marketing and promotion: it’s basically informing potential customers about what’s on offer, and using media and messaging to do so makes perfect sense. It’s expensive but relatively straightforward, and demonstrably effective. The second is an approach to policy-making: it’s far harder, takes much longer, and isn’t so easy to measure directly.

The most important upgrade to my Competitive Identity approach was the observation that “world-friendly” policies are by far the most likely to produce an improved national image. This had been forming a more and more important part of my advice to governments over the years.

This analysis suggested that the main driver of a positive national image was the perception that a country contributes in some substantial way to the world outside its own borders: that it is a principled and collaborative actor in the international community, one which improves the lives of many more people than its own citizens and benefits more of the planet than its own slice of territory.

Naturally, the basic principle of Competitive Identity still applied: this effect cannot be achieved by messaging, it needs to be consistently and substantially proved by real behaviour, over the long term. In other words, if you want to be admired, be admirable.

Unlike the Nation Brands Index, the Good Country Index is not an opinion poll, but a study that attempts to measure what, in reality, each country on earth contributes to humanity and the planet, beyond its own borders.

The Good Country is the starting-point for “Place Branding 2.0” (a term I promised myself I wouldn’t use in public, since I’ve been trying to get rid of the awful word ‘branding’ for about twenty years – I’m open to suggestions for a better name!).

This principle has power well beyond national competitive advantage, a concept which I find increasingly unhelpful and outmoded, and which, like so many ideas from economic theory, has led us seriously astray during the last forty or fifty years.

I believe that the principle of the Good Country can provide the lever that humanity desperately needs in order to encourage countries and their governments to co-operate and collaborate more consistently and effectively, so that we can properly tackle the grand challenges facing us in the 21st century (pandemics of course included). This is the main argument of my new book, The Good Country Equation, which will be published in August.

The other characteristics and principles of “Place Branding 2.0” are organised around this core principle, and I’ll explain these in more detail at the Nordic Place Branding Conference in November.

Your TED talk launching the Good Country Index has received over ten million views and was ranked as the #5 “most inspiring” TED talk ever. Could the Good Country idea be applied to cities as well? How to measure their impact and “goodness”?

Yes. The nice thing about the core principle of the Good Country, a concept I call the Dual Mandate, is that it can be articulated quite happily at every size of human community: a Good City is based on exactly the same principles as the Good Country, Good Village, Good University and Good Company – even a Good Family, why not?

The Dual Mandate holds that today, every leader is responsible not just for their own people and their own slice of territory, but to some extent for every man, woman, child and animal on the planet; for every inch of the earth’s surface and the atmosphere above it.

A Good Cities Index and a Good Company Index are in the works, and I’m actively looking for partnerships to help develop these; the Good Leader Index is already online.

How to work with naysayers? For instance, we have the technology to fight the climate crisis. All we need are decision-makers making the right decisions. How could Place Branding 2.0. help?

The research that Robert Govers and I conducted in 2017 suggests that at least 10% of the world’s population – some 700 million people – naturally share the basic values and principles of the Good Country. We call these the ‘Natural Cosmopolitans’, and they are widely distributed around the planet (the fact that a great many of them live in the Nordic region is entirely predictable; the exceptionally high proportions of such people in Burkina Faso, Uruguay, Andorra, Trinidad and Tobago, Serbia and Malawi is more interesting).

With a cohort of that size, you simply don’t need to worry too much about the naysayers: it’s very hard to persuade people who genuinely have more attachment to their own nation than to humanity as a whole. For them to change their minds is tantamount to changing their character and that’s a very tall order.

I think that working with the 700 million Natural Cosmopolitans can keep me busy and productive for the next few years at least!

Can you share a few examples of cities, regions or countries which are succeeding with Place Branding 2.0., as you envision it? What have they done?

I’m delighted to see that the principle of the Good Country appears to be catching on quickly. Almost every week now we hear about countries – and yes, it is principally the Nordics at this point – indulging in less and less empty bragging about their assets and achievements, and doing more and more good around their neighbourhood and around the planet. Most importantly, they aren’t spending a fortune bragging about their good deeds either: they’re just getting on with it and letting people find out for themselves.

Another core principle of Place Branding 2.0 is the “diplomacy of deeds”:

If a country’s contribution to the global commons is sufficiently innovative and original – preferably even magical – and sufficiently relevant to the real needs of people and planet, sufficiently sincere, demonstrably effective, and consistent with a long-term national strategy, it doesn’t need promoting.

You don’t need to give away huge amounts of taxpayers’ money to advertising, PR and branding agencies or media owners: the social media will do your marketing for you. Keep that money and those resources for marketing the country’s offerings: that’s where you will get a real and measurable return on the investment, if the two operations are properly harmonised.

Which opportunities does the Coronavirus pandemic present to city and country leaders, perhaps in alignment with Place Branding 2.0 principles?

With every month that passes we see new demonstrations of the simple truth that increased globalization brings new problems, and with them the potential for new solutions.

We are incredibly lucky to be living in an age where we are surrounded by so many opportunities to contribute meaningfully to people and the natural world. From the smallest village to the most powerful nations, all of us can start to earn our place on the planet: we are spoiled for choice.

Humanity and nature need so much help. All we have to do is match our interests, our knowledge and our ambitions to the right challenge; a better reputation is the almost incidental side-effect of this renewal of purpose.

On reflection, the changes that humanity so urgently needed to make to its behaviour, its systems and its lifestyle were perhaps too urgent and too profound to be achievable under the chaos, noise and distractions of normal operating conditions. It would have been like performing brain surgery on a person while they were driving a car down the motorway.

Yes, the human cost is painfully high, but this pandemic provides us with the extraordinary opportunity of putting everything on hold for a short time while we carefully consider and implement those changes.

If we miss this opportunity to be silent and reflective, and to plan together carefully for the next chapter of the human story, the next opportunities are likely to be far more costly, even irreversible.

Hear more from Simon Anholt about “Place Branding 2.0” and the Good Country Equation in the Nordic Place Branding Conference in Oslo this November, organized by Nordic place management consultancy Future Place Leadership. Contact us for a discount on conference fees.

Interested in having Simon Anholt support your organization or event with a keynote, workshop or seminar? Visit his speaker profile!

21 May 2015 The Editorial Team Comments Off on Ares Kalandides, Institute of Place Management 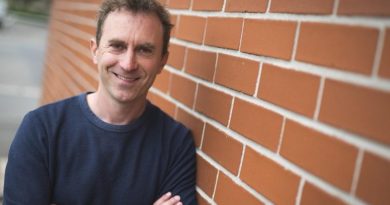 12 July 2018 The Editorial Team Comments Off on Stefan Roesch on Films, Destination Marketing and Tourism Opportunities 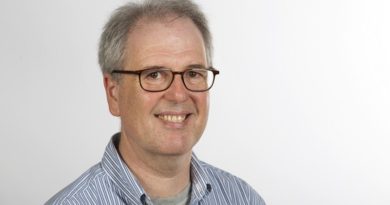