Thorsten Kausch on Hamburg, MICE and the Future of City Marketing 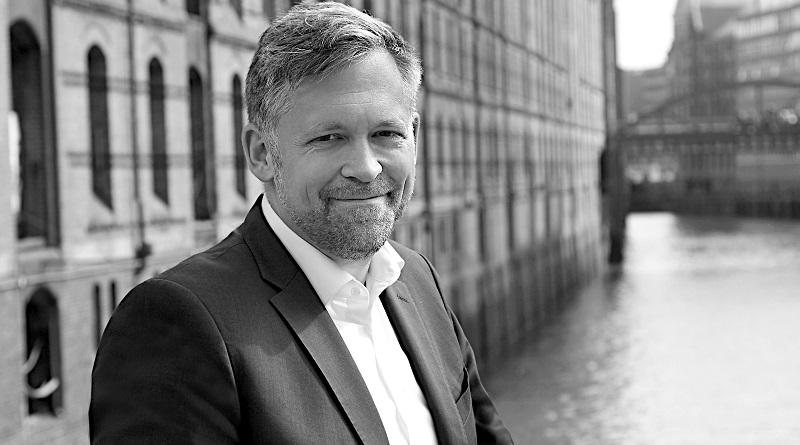 Thorsten Kausch, independent advisor and expert for place branding and identity in Hamburg, in this interview shares insights from his work as head of Hamburg tourism marketing and its convention bureau. He also discusses the changing role of city marketing, and how urban sustainability has become an important factor for the attractiveness of cities as MICE destinations.

Thorsten, early in your career you had the opportunity to get to know the political side of city work. Reflecting on your many years in Hamburg, what role do politics play in the context of city brand development and -management?

It is an undeniable fact that politics plays a central role in the whole context of city marketing and city branding. That alone is already a challenge as we all know the game of politics. But it becomes a real problem when the city government is focused on short-term effects – mostly expensive, but inefficient – than on an overarching idea of their city. An idea that is being developed by the city brand professionals in close interchange with the citizens, as well as the multiple city stakeholders; of course including the political representatives.

I am convinced that this ‘big idea’, combined with the ability to recognize the true potential of a marketing strategy and the willingness to think, plan and act according to a long-term perspective, unleashes the true power of city marketing.

Sadly, from my own experience I know too many cases of going for the quick-and-dirty, non-sustainable sprint, instead of the long but rewarding marathon.

Having worked for the Hamburg Convention Bureau, what role does the brand of a city play in the MICE context?

In my opinion, a decisive role! Smart and stylish venues can be found in almost every large city, they are basically interchangeable. But a city’s attractiveness arises from its stories, its people and its atmosphere. Achieving a unique appearance makes a location a place to be – and a city a brand. MICE experts can count on that, or more precisely, they can make it a ‘bait’ for attracting new business.

How can place branding strategies positively influence a city’s success as MICE location?

Every coin has two sides. A city’s strategic focus is one, MICE is the other. Or rather, it is its logical deduction.

In Hamburg, for example, we (as Hamburg Convention Bureau) based our business development actions on the strategic outline of the economic clusters. As a result we not only encouraged the city’s economy itself but also the city’s position as an important business hub. By that we raised international attention, reached major decision makers and – not least – attracted congresses and events to come to Hamburg. A true success story which was, most importantly, in line with our overall brand strategy at all times.

How important is a city’s environmental and social sustainability performance nowadays for its attractiveness as MICE destination?

Pursuing a sustainable strategy for urban future definitely encloses environmental and social aspects. Especially since they contribute to the concept of ‘Quality of Living’, which is becoming increasingly important as a criterion for citizens, and thus for the city brand altogether. Cities have to adjust to that in all respects.

It is decisive for a city’s attractiveness as a MICE destination to highlight its smart concepts concerning mobility, public transport, logistics, sustainable infrastructure, and so on, in every call for bids.

Which other factors are main contributors to city attractiveness, as place for conventions?

As simple as it may sound, the key is to bring forces together: the strengths of the city, economically and scientifically, and the people – locals and guests. The framework programme can contribute vastly to that by offering multiple networking concepts or even cultural highlights. Every high-level contact being built raises the city’s attractiveness as a whole.

To your mind, how have perceptions of Hamburg changed over the years – internationally and locally?

Hamburg was internationally unknown, even though being Germany’s second largest city and one of the top economic regions in Europe. It took a lot of effort over the years to – first of all – activate Hamburg’s population and by that gradually change the international perception.

The opening of the Elbphilharmonie in 2016/2017 pushed the city’s profile on a whole new level; it put Hamburg literally on the map.

Which are the key challenges Hamburg needs to overcome in the next years, to consolidate its place on a world map filled with cities eagerly competing for talent, MICE, business?

As mentioned earlier, ‘Quality of Living’ is a crucial parameter in the competition among cities. The challenge will be to keep it at a high level and to significantly extend the economic power at the same time.

To achieve that, in the long run we have to preserve certain free or rather ‘wild’ spaces for unplanned and uncontrolled activities within the city. And we have to open these spaces for everybody to experience and participate. I am convinced that this is the creative substrate for urban societies. Understanding and fostering that will be a mission for many cities, not only for Hamburg.

Which trends do you observe in city branding at the moment in terms of duties, strategies and financing?

I observe a paradigm shift in the basic perception of city marketing: it is transforming from ‘enabler’ to ‘curator’. That means taking a step back and supporting other, more authentic actors, whilst sticking to the overarching ‘big idea’ of the city.

Funding will still be possible, but based on new quality standards. And since urban spaces and urban identity depend on each other, city development and city marketing are becoming more and more dependent partners.

3 examples of city branding which you’d recommend city professionals to “look into”?

Definitely Tallinn because of its consistent smart city strategy. Amsterdam because of its strategic shift from historic storytelling towards an international audience, to its new approach of activities within the city. And of course Copenhagen, with its major efforts in sustainable development and its overall life quality.

Your thoughts on the image and “brand performance” of Germany?

Germany as a brand performs very well. It has a strong appeal and contributes to the life quality within the country. But since the brand is not consistently managed, it cannot show its full potential. As long as the economy is doing well – as it is at the moment – this might not be a problem. However, the full force of a brand is needed when the economy drops. It is therefore about time for a strategic approach and responsible leadership for ‘Brand Germany’.

Do you have the impression that cities are getting more used to thinking about – and managing – their “brand”? What do public administration officials associate with the term, generally, e.g. in Germany?

City branding is not only a necessity for metropoles anymore, its meaning for smaller destinations increases as well. Most of them have understood this, and are starting to take action. But it will still take time for most politicians to truly understand a brand as a competitive advantage.

Connect with Thorsten Kausch on LinkedIn or find out more about his consulting services here.

Enjoyed our interview with Thorsten Kausch about Hamburg, MICE destinations and the future of city marketing? Spread the word!