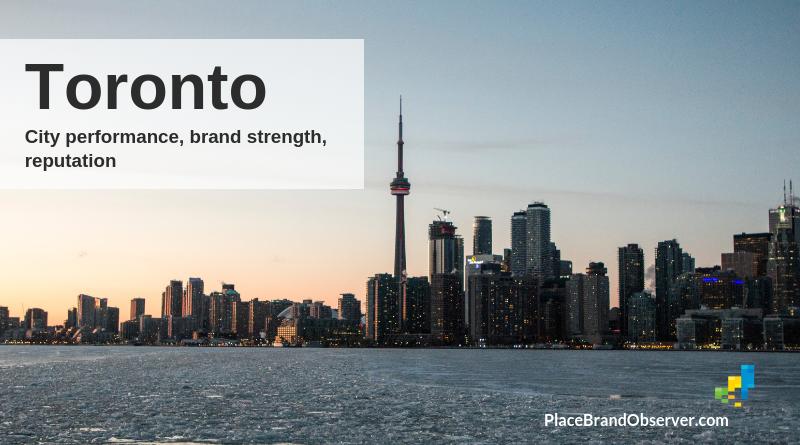 Toronto, the provincial capital of Ontario, is Canada’s most populous city. It is known for one of the biggest freestanding buildings on the planet (the CN tower), supposed to be one of the safest cities of North America and characterized by the diversity of its inhabitants. But how do international rankings and studies assess Toronto’s economic performance, its brand strength, and reputation?

According to the Global Financial Centres Index 26, Toronto is in the 11th position losing ground after its improvement in the 25th edition. It is still the best performing Canadian city and the 2nd best in North America. The city features in the top 15 in 3 out of 5 areas of competitiveness.

The Global Power City Index 2019 ranks Toronto as the 10th best city concerning ‘economy.’ Overall its rank is 16th – a fall in two positions compared to the previous version of the study.

Toronto: how good for its inhabitants?

The same study (Global Power Cities Index) ranks Toronto 7th best city in the world to live in. This result is reflected in Ipsos’ 2017 ranking, in which Toronto shares the 6th place for the most livable city.

The Mercer Quality of Living report ranks only Vancouver higher for quality of living in North America.

In many areas linked to safety, Toronto finds itself in the top 10 (Safe Cities Index 2019). It is considered the 6th safest city in the world and the safest city in North America.

Toronto is attributed a 9th position in the Green City Index and performs well in the ‘planet’ category (14th) of the Sustainable Cities Index.

The only category where Toronto does not fare very well is the cost of living, measured by factors such as the average price for a beer (30th) and the average rental cost of a 1-bedroom apartment (37th).

In the latest edition of 2thinknow‘s Innovation Cities Index, Toronto ranks a strong 10th position, though having fallen two positions over the prior publication.

Similarly, Best Cities ranks Toronto 17th. This ranking describes the city with words such as ‘openness,’ ‘multicultural stew’ and praises its diversity as one of the cities with most foreign-born residents on the earth.

Toronto’s strong reputation overall is reflected in its 11th position in ATKearney’s 2019 Global Cities Report, showing a slight improvement since the last version of the study.

Enjoyed our summary of global rankings and indices on Toronto’s economic performance, its sustainability, attractiveness for digital nomads, brand strength and reputation? Thanks for sharing!