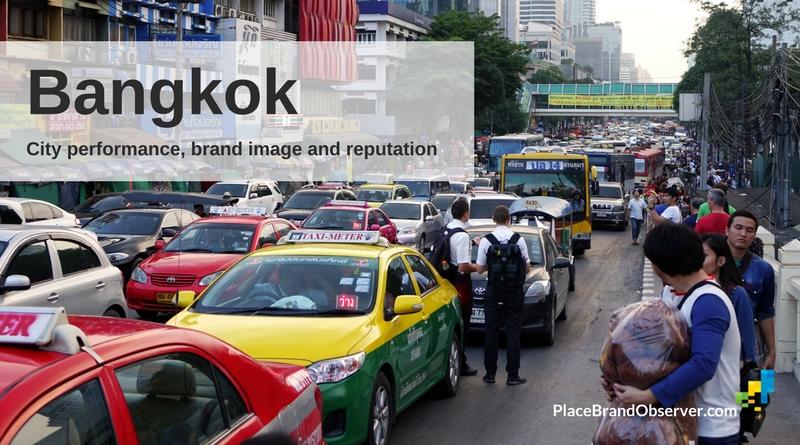 Bangkok, the capital of the Kingdom of Thailand since 1782, had been long known by foreign merchants as a dynamic port on the way to Ayutthaya. Today, Bangkok continues to be the No. 1 city for the fourth consecutive year according to the Mastercard Global Destination Cities Index 2019.

One of the largest ASEAN cities, Bangkok is determined to face the future with innovative projects such as One Bangkok, an integrated district focused on environmental sustainability and smart-city living.

But how promising is the city in terms of business and tourism attractiveness? How well does it perform in terms of sustainability? How influential is it worldwide?

One of the biggest assets for many of the ASEAN countries, as shown by the Travel and Tourism Competitiveness Index (2019), is tourism. Most of them are ranked above the 50th position in this specific pillar and tend to prioritize tourism in their development agendas.

This is definitely Bangkok’s case. Although not specifically included in the TTCI as this index evaluates countries and not cities, Thailand’s rank (31st out of 140) gives an idea of how important and well-developed tourism is in the Kingdom’s capital.

Third, in the Eastern Asia-Pacific region after Singapore and Malaysia, Thailand’s best-performing indicator was its natural resources (10th) and lauded for its very efficient tourist services infrastructure (14th).

As for Ease of Doing Business, the country has improved its ranking from 26th position in 2018 to the 31st position in 2020 with an overall score of 80.1. Above it in the region are Singapore, Korea, Hong Kong, Taiwan, and Malaysia.

Thailand managed to increase its score by 2.66 points in 2020 and made it to the top 10 improvers thanks to its advancement in post-registration processes, transaction security and land administration system.

However promising the business and tourism landscape, Bangkok has a harder time performing in sustainability indexes. Bangkok’s ranking has fallen from the 67th position in 2016 to the 80th among 100 cities worldwide in the Arcadis Sustainable Cities Index (2018),.The city doesn’t make it to the top half in either of the three areas comprised in the index: it is ranked 64th for Profit, 85th for People and 94th for Planet.

The Green City Index (2012) doesn’t give it a good mark either as it places it below average in terms of sustainability performance of Asian cities. Singapore, as well as Japanese and Korean cities were found to perform better than Bangkok.

As Bangkok is becoming an increasingly popular destination to go to, so is it for digital nomads. The Nomad List considers the city very affordable, with a great nightlife and great WiFi possibilities. One should, however, bear in mind that it can get very hot and rainy in Thailand’s capital city, and it can get very busy in traffic.

The city is not doing very well in terms of the natural environment, especially air quality. Unfortunately, there is not much more data to be found online about digital life in Thailand’s capital.

In terms of global influence, although it reported a large gain in Cultural Interaction in the Global Power City Index (2019), Bangkok’s performance is still remarkably low: ranked 40th among 48 cities globally, with an overall score of 909.3/1800. Its cultural uplift, where it reached the 8th rank, was possible thanks to an increase in the number of international conferences it hosted, the number of museums and the number of visitors from abroad.

As for reputation, the Kingdom’s capital didn’t perform any better: it was ranked 49th among 56 cities in the 2018 City RepTrak®.

Bangkok ranks 58th in the 2020 World’s Best Cities report. Here, its strongest pillars are Programming of events (12) and Promotion (18) which shows that as a destination, the city is doing a good job at achieving positive media coverage and references. Bangkok’s lowest-performing asset is People where it has a score of 162.

As for innovation, according to the Global Innovation Cities™ Index 2019, Bangkok has improved significantly with the 71st position, a jump in 35 places from 106th in 2018.

Enjoyed our summary of global rankings and indices on Bangkok’s economic performance, its sustainability, attractiveness for digital nomads, brand strength and reputation? Thanks for sharing!