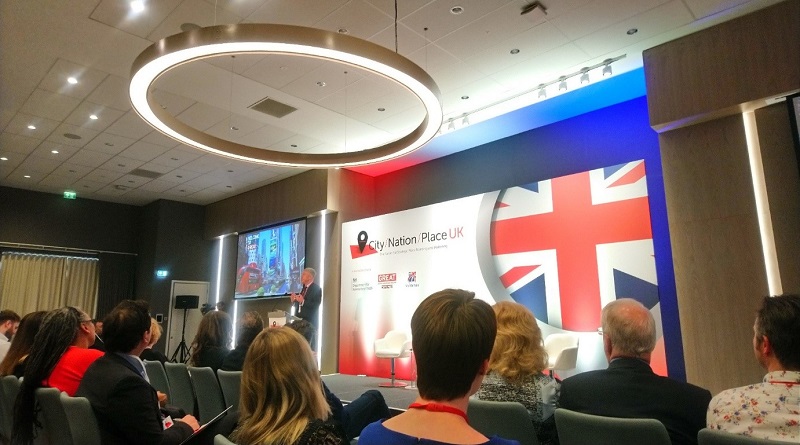 The inaugural City Nation Place UK Conference was held in Birmingham on the 14th of May 2019. A welcome address by the hosting city outlined the difficulty in managing outdated perceptions of Birmingham, which is a consistent theme not only in this conference but many others. Hosting the Commonwealth Games in 2022 and a big development project (High Speed Rail connecting Birmingham even better with London) are truly transformative projects that can help change perceptions of Birmingham.

However, infrastructure and hosting events have never been Birmingham’s problem. The “second city” of the UK has consistently held major events and is already benefiting from a central geographical position in the country. But Birmingham has rarely been seen as having a sense of place that one can put the finger on and call Birminghamness. The question is, how does a city curate its identity to multiple audiences, in order to reposition itself?

Maybe Birmingham can take a page out of the playbook of Coventry, which in its UK City of Culture preparations is not only accentuating the positives, but rather using the platform to own up to the city’s problem with knife crime. By installing a sculpture dedicated to the lives lost in knife crime (or the less euphemised way to describe it – stabbings) the city is making sure they can use culture to make sense of what life is like in Coventry, and transmit this to the world.

This was the thread that I wanted to pay attention to throughout the conference. How much of place branding can be about sharing the actual experience of being in a place, versus using the jargon of marketing to describe entities that are not just about business in order to be accepted in the “place branding” tribe. Often tribal behaviour requires one to say things that, regardless of their truthfulness, can score virtue signalling points and get one accepted in their profession’s “upper echelons”.

In particular, my attention was drawn to the use of the word “powerful”, which was used 7 times in a brief talk by the representative from the GREAT Britain campaign team. This was a reminder that place branding will always be interlinked with the soft power agenda, but also sounded quite delusional in the context of politically divisive issues such as Brexit, which was euphemistically called the “b-word”.

Again, if we all use euphemisms to describe the negative aspects of place, it does not mean that they will disappear. But it can select-in those professionals that are willing to go along with the delusion as insiders of the tribe of place branding professionals.

In particular, when the GREAT brand and the VisitBritain team in attendance are funding the projects presented by the cities, regions and destinations, at times the conference felt like a self-convincing circle between funders and users of funding.

But judging by the enthusiasm of presenters, it would be hard to say that this was the only thing that was happening. Place brand managers seemed to really care about their places. In particular, there was genuine enthusiasm from places to show why they are unique. However, every presentation – ranging from Wales to Liverpool and Chester – eventually showed how this uniqueness needs to somehow be capitalised on.

Chester had to mention that they do have an aging population and Belfast has a history of division, but often the presentations would then bulldoze to tell us how Chester can have a hip mixed development for young professionals looking for cultural experiences, and Belfast is energized by its past.

Ultimately, if one looks at the CNP conference presentations as the aspirations of place brand managers for how they can leave a mark on their place, then the presentations make a lot more sense.

I would really like place developers and managers to even more strongly express their views about the whole nature of places and the paradox of branding them in line with their aspirations. This ambition should also include an acceptance of the minimum requirements to be in the profession though: refusal to use purely marketing logic to explain our ambitions, a commitment to beautifully negative and ugly parts of places and a duty to improving the quality of life of the people that already live in places.

Read previous contributions by Aleks here or connect with him on LinkedIn.

More conference summaries and reflections, as well as a list of upcoming events, here.