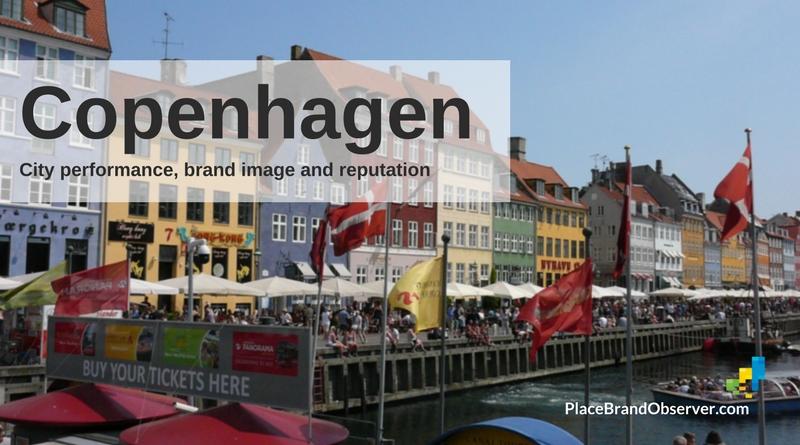 Copenhagen projects the image of a sustainable cyclists’ haven that is tolerant and progressive. How is the city positioned in the different indices that study the world’s top cities in terms of sustainability, talent, and entrepreneurship?

How sustainable is Copenhagen?

Is Copenhagen a good place to live according to the rankings of social and environmental sustainability?

Copenhagen positions 11th in the overall ranking of the Arcadis Sustainable Cities 2018 index. This study is based on three main pillars: People, Planet and Profit index. The Danish capital scores highest (5th) in the planet index; the economic (15th) and social sustainability (40th) of Copenhagen are scored somewhat lower.

In 2012, Copenhagen led Europe’s Green City Index. Its efforts of providing citizens with an extensive public transport system and raising the number of residents that use a bicycle for commuting earned them this high recognition in the Green Cities index.

How influential is Copenhagen?

Amidst all the ‘green’ power, does Copenhagen also have global influence?

Copenhagen ranked 20th in the Global Power City Index 2019 edition. All in all, the general performance of Copenhagen is very stable and has varied little in this 10-year long study. As previous sustainability-related indices already demonstrated, here also Copenhagen ranks highest in the environment dimension (3rd), while research and development (31st), and cultural interaction (33rd) score is much lower.

Copenhagen’s outlook ranking in AT Kearney’s Global Cities Index that studies the world’s most influential cities is 17th. This is six positions higher than the year before. They score best for governance and personal well-being; on the down-side, innovation plays a small role in making Copenhagen an influential city.

How attractive is Copenhagen as a place to work?

How competitive is Copenhagen in terms of attracting and retaining talent?

Copenhagen takes 2nd position in the Global City Talent Competitiveness Index 2019 edition where rivalry is strongest between Oslo, Vienna, and Zurich, with the leading position taken by Washington DC.

This study preaches especially the way Copenhagen deals with diversity, which is understood as a source for growth, innovation and as a general competitive advantage. They bring out the example of the Copenhagen Business Centre which encourages companies in Copenhagen to emphasize personnel policies and strategies that support diversity, with a focus on well-being and talent development.

How attractive is Copenhagen for digital nomads?

There’s quite a discrepancy between the Digital Nomad Index assessment of the city as a digital nomad destination and how Denmark, in general, is assessed in the Digital Life Abroad report. The former places the city in the 46th position, out of 56 cities. Out of 10 categories, Copenhagen is only represented 3 times in the better half (Internet speed, cafés with free Wi-Fi and green space and parks).

The Nomad List, like the Digital Nomad Index, considers the weather and the costs as negative aspects regarding being attractive for digital nomads.

Interestingly, the report puts Denmark on a second position; praising cashless payments (up to the best), high-speed Internet at home and the availability of online government services. This discrepancy is possibly due to the fact that the report does only take digital life into account, whereas the list and the index also include other factors.

Culture and creativity in Copenhagen

Can Copenhagen be considered an international centre of culture and creativity?

Copenhagen’s ranking in the 2020 World’s Best Cities ranking is 65th. The city’s best performing pillars are product (22nd) and programming (48th), while place (194th) and prosperity (101st) score much lower in this year’s ranking that is based on six different pillars and 23 factors that study cities’ global performance and competitiveness.

How innovative is Copenhagen?

Nevertheless, in 2016 Metropolitan Magazine elected Copenhagen as the Best City to Live in precisely because of their innovation in terms of preparing the city for climate change through public spaces which include runoff areas for excess water. Additionally, they also praised the city’s infrastructures for sustainable commuting.

How strong is Copenhagen’s city brand?

How reputable is Copenhagen as a city brand on a global scale?

Copenhagen takes a firm 3rd position in the 2018 City RepTrak® Reputation index which puts Tokyo in the 1st place. Though Copenhagen has dropped one position in comparison to 2017, it is considered as the World’s Safest City according to the report.

In 2017, Greater Copenhagen was also given the Place Brand of the Year award by City Nation Place. Their approach of marketing a two-nation metropolis (Southern Sweden and Eastern Denmark) as a great place for business is what earned them the award.

Enjoyed our summary of global rankings and indices on Copenhagen’s economic performance, its sustainability, attractiveness for digital nomads, brand strength and reputation? Thanks for sharing!