Andrea Lucarelli on the Politics of Place Branding, Research Trends and the Role of Social Media 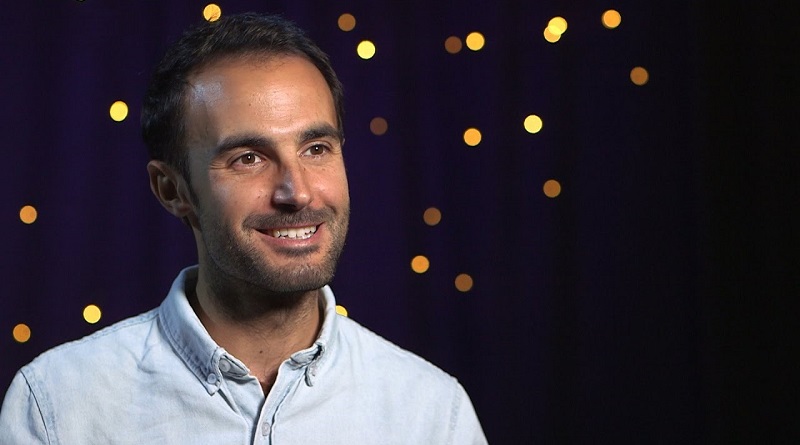 Andrea Lucarelli, Lecturer at Lund University in Sweden, in this interview discusses his research into the political dimension of place branding, tells us what’s “hot” in place branding research and looks at the differences between place branding as practiced in Sweden and Italy – and his thoughts about the role of social media.

Andrea, do you remember when you first heard about the concept of “place branding”? What got you interested in studying the politics of place image and identity?

I was a master student when I first heard about it – during a course held by Professor Per Olof Berg (who later became my PhD supervisor). I wrote my master thesis under his supervision, on that topic.

While collecting data for my thesis, I got interested in the “political dimension” of place branding, mainly as consequence of reflecting on what was happening in my own home region in Italy. I realized that the process of creating a brand for a place, or creating an identity and image for a community, was much more debated, contested and parochial, compared to the one presented in place branding literature at that time.

Further research of mine on other places, such as Sweden, has confirmed my initial observation. I realized there was a gap in literature on the politics of place branding, so decided to focus my research on this specific issue.

Has your view on the topic changed since?

Frankly, not much. I must say that, if it has changed, it is now a bit more pessimistic. Let me briefly explain. When I started to deal with the topic, there were a few studies highly critical on place branding; considering it a form of copy-paste process, promoted by consultants following a common script, creating exclusion of residents, building barriers, and so on. I was reluctant to think in such black-and-white terms, thus I looked into this “dark side” of place branding.

In response to such critiques I can say that in the last 7-8 years I have observed both academics, city and regional authorities attempt to build place branding efforts and activities which are more inclusive, participatory and collaborative.

However, while I found that on the surface many newer place branding efforts and practices are indeed built in a more constructive manner, with the aim to engage a large number of stakeholders, the logic driving such place branding work remains unchanged.

This doesn’t mean that we have to get rid of place branding altogether, as places are involved in “place branding” whether they actively pursue it or not. Every place is trying to stand out for its strengths and uniqueness.

What’s important is to keep in mind that place branding is a highly political process which – like all political processes – has the potential of alienating residents, building barriers  and creating conflicts.

For this reason I am now a bit more pessimist about the practice of place branding. I recognize that we can attempt to make it more inclusive, democratic, collaborative, but due to its political nature it will never be as good as we would like it to be.

The political dimension of place branding being one of your main research areas  – what role do politics play in the context of building or managing a city, region or country brand?

In my view, place branding is a political process. Politics lays at its centre. Politics as form of power is acting into place branding, for example in a way that certain decisions or activities are being imposed. But also by the mere fact of producing, for example, a newsletter to be sent to different stakeholders you create some implicit or explicit decisions or contestation.

Think about, for example, the evocative power of Stockholm, which claimed to be Capital of Scandinavia, something that in reality does not exist.

The fact that place branding is able to create or evoke something that does not exist, and to build certain aspirations and imagination is also connected to a second level of politics, namely forming ideologies.

Good examples are Stockholm as the Capital of Scandinavia, and the historical region of “Romagna”;  they both don’t exist, but are generated (in the first case) or linked (in the second case) to specific ideologies. Those might have geographical, economic or historical resonance, which allows to alienate different people’s beliefs and opinions as it can create a totem around which everyone (or some) gather.

And on top of this one can easily recognize a third, more explicit level of politics: in the form of policy. In other words, how place branding practices and activities, such as the urban regeneration of city corridors, are a policy intervention in that specific place.

Developing a place branding strategy is one thing, governing and managing it quite another. Based on your research, do you have tips for practitioners how to approach brand governance? Which pitfalls to avoid?

This is a nice question, but I think it is not properly formulated. The idea that strategy, governance and management are different things is in my view a wrong assumption. If by “developing a strategy” you mean a logo and slogan, then this is one thing. But if you mean also vision, mission, positioning, etc., then those parts cannot be separated.

Also, there might be cases where one can easily “use” forms of governance which are already in place, just as one may be able to rely on prior strategies laid out in some older regional or local documents.

The thing is, while we recognize place branding as something rather “new”, places have for centuries presented themselves to the world in one way or another.

In terms of advice for place brand managers, I suggest to “analyse” the historical-social and political “context” of the specific place,  and from there individualize processes of governance, management or strategy that can be much more easily re-activated.

But never forget that both as practitioners, and as academics, we always act politically. Even in reactivating processes there are always some “political implications” that might need to be taken into consideration.

Which trends do you observe in place branding research? Which are the “hot” topics right now?

Recently I have observed a shift towards research more interested in analysing or promoting a more inclusive, participatory and collaborative form of place branding.

In terms of focus, I see renewed interest in residents and a multi-stakeholder approach. Moreover, I see researchers more eager to use big data analytics, thus rendering a more complex, but also more complicated view on place branding.

What I have also observed is a growth in political research on place branding, some at micro-local level, but mainly at macro level.

The analysis of macro-regions has (after some of years of pause), come back. But this mainly in the Nordic region.

In 2018 you published a research article on co-branding public place brands, in which you suggest an alternative approach to place branding. In a nutshell, what does this look like?

Ah, interesting you ask me about this. This is a very old article that was on my desktop and I never had time to finish to write, until recently. In fact, some of the data I collected for my master thesis!

In brief, in the article I argue that what we call place brands can be better called place brandscape. This because a place – city or region – is composed (co-branded) by other brands (this can be other cities or organizations such as universities/hospitals, or even companies like local wine producers).

All these brands use a specific context for their branding activities and in so doing they contribute to creating a co-branded place brand. For example, the brand of the city of Linköping is both part of and contributing to the brand of the region Östergötland, that of Linköping University, the newspaper Corren, etc.

Another focus in your recent research and publications is Nordic place branding. Do you observe differences in how the European North approaches the topic, compared to others, such as the European South?

There are many differences, but also commonalities. But what I want to stress is that in both parts of Europe there is a clear political dimension.

Of course, due to  different historical-social contexts the politics of place branding are manifesting in different ways. Parochialism, party politics jealousy and conflict are much more evident in Italy.

In Sweden, on the other hand, place branding is used more as a way of social engineering.

What role do social media play regarding the construction and consumption of place brands?

It is undeniable that they are an important actor in creating images of places, but also in strengthening the identity of a place. When dealing with social media – their importance should neither be overestimated nor underestimated. What I mean by this is that social media are not the solution for everything or the sole important channel nowadays, but also that we should not assume that we (academics, residents, visitors, companies and authorities) have full control over them.

As research in informational communication and on the information society has shown, social media are acting with their own logic and features, which are uncontrollable and unpredictable. Social media are good swords that can be used for place branding, but like every sword, there’s two edges to it.

Enjoyed our interview with Andrea Lucarelli on the politics of place branding, research trends and the role of social media? Spread the word!