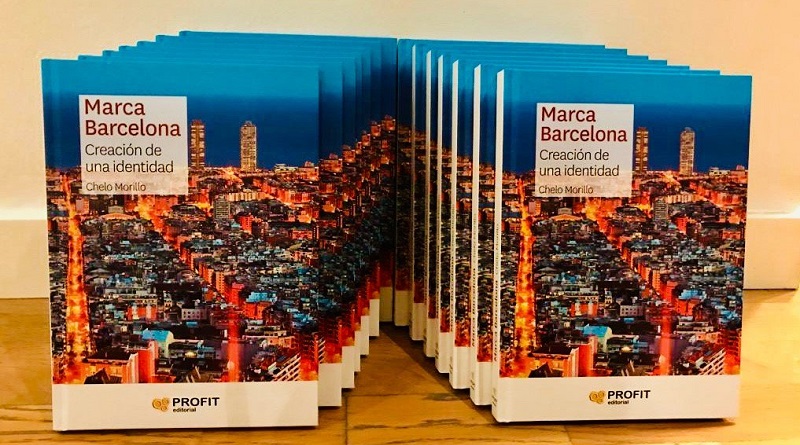 Barcelona as brand and the creation of its identity as community – the focus of a new book by Chelo Morillo, a marketing and communications professional in Spain (and former team colleague at The Place Brand Observer). We sat down with Chelo to find out what the book is all about, why the brand and branding of cities is becoming increasingly important, and how the – comparatively small – city of Barcelona has managed to now be considered equal in attractiveness to world metropoles like London, New York and Tokyo.

Chelo, how did the book come about?

I also looked at city rankings and positioning indices of cities.

The practice of applying marketing and branding concepts to cities, countries and regions is relatively new. There are authors and professionals who have been working in this area during the last years, and there are books and numerous articles written in specialized magazines or general press about place branding.

However, there was no investigation on the market with a complete analysis of the creation and success of Barcelona as a city brand. The aim of this book was to find out the facts and processes that lead the city of Barcelona, in particular, and global cities, in general, to incorporate marketing and branding management in their development and transformation.

What is meant with city brand and why does the brand of a city matter?

The interest in city brands is growing in a globally connected world in which cities try to stand out to attract wealth, investment and international resources, in order to make possible the future development of the city and its population.

Cities have changed their traditional management methods and now they are incorporating techniques and strategies from the field of Marketing Management. Why? Because it is estimated that in the 21st century, half of the world’s population will live in cities. 25% will live in the six hundred most dynamic cities in the world, which will contribute close to 60% of world GDP in 2025.

There’s a change of economic and social paradigm where cities have a main role in the 21st century, because they are centers of power in the world economic organization, they are key locations for financial business and specialized services, as well as places for innovative production on the latest trends of the economy and a, of course, a connexion point of global networks.

These facts have caused a constant competence for cities to achieve first place in the minds of individuals, city users, visitors and investors when trying to get their attention.

In this context, cities begin to introduce marketing and branding tools that allow them to acquire a meaning and a symbolism and, consequently, to define a brand positioning and a brand recognition as a successful and interesting city to live, to study, to visit or to invest.

Which key changes have you witnessed over the last years in how cities approach their branding, for example in Spain?

Spain has several examples of city branding. Barcelona is a great success case, but also Madrid and Sevilla are working on their image. But probably, the most paradigmatic case it is Bilbao and its transformation. The city’s industry was dying at the end of the last century, and Bilbao needed a new orientation. So, they decided to become a hi-tech hub where the centerpiece was a cultural proposal.

The Guggenheim effect and a new marketing management showed to the world that it was possible to transform a city through art, where the museum is a cultural point of attraction but also the city is a financial motor too. Bilbao has attracted 19 million visitors since 1997, 70% of which come from outside Spain.

Among the many insights which you present in the book, which ones do you find the most remarkable?

The book analyzes and explains the facts and processes that have led Barcelona to the creation of an internationally admired brand image, after media success of the Olympic Games in 1992. It is really interesting to check that there was no branding planning, there was no brand committee in order to create the city brand. But, indeed, the need of building a new city concept according to the socioeconomic changes on postindustrial era at the end of last century.

The Olympic Games were not the main goal, but a step in the reconstruction of the city. The objective were not the games, but the day after it. So it was amazing how the city in the whole, its leaders, investors and citizens put their hearts on it and the “Modelo Barcelona” was born.

Besides that, I would like to point out that it is important to reveal the contribution of marketing to city management, where citizens, investors, tourist, workers… are no longer thought as users but customers. So the goal of the city marketing is to satisfy the needs of its target groups, and it means a new and different way to get to them.

Looking forward, which major developments or trends do you witness which may affect the capacity and ability of communities, like Barcelona, to be more imaginative in how they foster community spirit and represent themselves to the world?

A city is a human product, it is a social construction that becomes a physical space, but also it is a symbolic universe, an intangible construction to whom we endorse attributes and values ​​that are used by marketing strategies in the global economic and geographic scenario.

So, the construction of a brand, and city branding, is no longer an accessory in the management of cities, it is a condition sine qua non to guarantee competition in a global market.

Marketing becomes the tool that city managers are using in order to work, promote a construct the city image, identity and reality on 21st century. Here, the brand becomes the greatest intangible value for cities and countries, because it will provide a competitive advantage in a global context where geography, cities, regions and countries matters.

More about the book (in Spanish) here. Connect with Chelo Morillo on LinkedIn.

If you enjoyed this interview with Chelo Morillo about her book on Barcelona as brand, its identity and city branding success, then you might also be interested in the following articles linked to Barcelona: