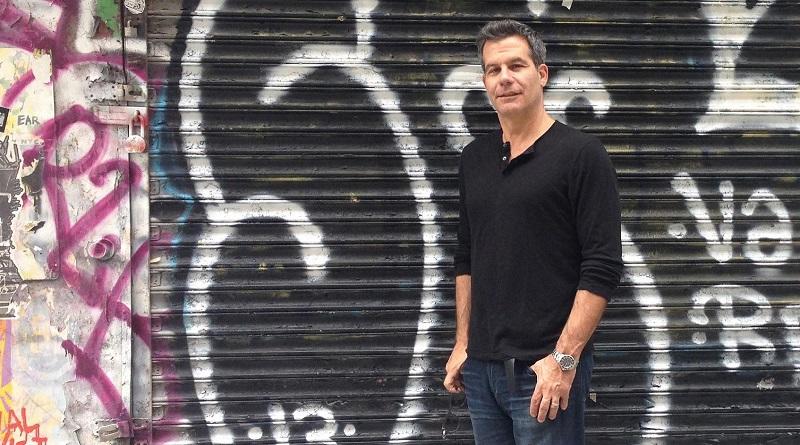 Richard Florida in this interview explains why the Creative Classes are so important in achieving city strength and a competitive position.

Richard, do you remember what got you interested in urban studies, economic development, and the competitiveness (or lack thereof) of cities?

Yes. It stems directly from my time growing up around Newark, New Jersey (USA). It was a vibrant city when I was young, but I saw it go through wrenching decline. It was the late 1960s and my city was torn apart by riots. I saw also the factory where my dad worked – an eye-glass factory where hundreds of workers made their livelihoods close and shutter. That made a significant impression on me; however, I did not realize it at the time.

I had to find my way to my passion, cities and urbanism. I had found my love for cities early in my sophomore year at Rutgers University. It was an assignment from an amazing professor named Bob Lake who made us visit and explore Lower Manhattan and write up our observations.

My undergraduate studies and experiences were my attempts to make sense of that world of cities and urbanism. But then they were declining. I’m still doing the same thing, trying to make sense of our urban world.

In your view, which have been the three most significant changes in urban development since you started your career?

The greatest issue has been the shift from the over-reliance on tax incentives and breaks to drive urban development to the talent and quality of place. Cities and communities now realize they have to attract and retain the creative talent needed to drive their cities forward.

Communities have to be brain-gain places and not brain-drain.

This requires a focus on improving the quality of place, ensuring the community is authentic, livable and inclusive for people from all walks.

In a global, hyper-connected, sharing economy, how can a city attract or retain creative talent as a key factor for economic competitiveness in the years to come?

With the global competition for talent, we are seeing a stronger emphasis – greater than ever before – on the importance of quality of place.

All cities and communities are unique. Different types of people will be attracted to communities and regions for an array of reasons. For some, the choice may be made for economic opportunity, while for others, the selection is made because the community provides access to outdoors, urban amenities—restaurants, nightlife, arts and culture—or good schools. Whatever the reason, authenticity plays an overarching role; the creative class is attracted to communities that have all features of a complete authentic community.

Could you explain us the importance of creativity in relation to the economic development of a place?

Creativity is the new economy.

Economic growth and prosperity are driven by creativity, so if we want to increase it, we have to tap into the creativity of everyone. With the shift in our economy, we assign a greater value to human creativity; therefore, we have to create the support structures and systems to elevate our workforce and skills sets.

For the first time in human history, the basic logic of our economy dictates that further economic development requires the further development and use of human creative capabilities.

The great challenge of our time is to find ways to tap into every human’s creativity.

The Creative Class Group (CCG), the organization you have founded, has worked with a large variety of organizations ranging from governmental institutions to corporations and art foundations. Which is the common point/need of those very distinct groups that you address?

Research and business intelligence. For example, CCG helped Converse Jack Purcell identify target cities and market opportunities in the U.S. and UK; using our proprietary data, we were able to pinpoint specific Creative Class neighborhoods. Likewise, CCG helped Cirque du Soleil identify creative class clusters that could support their performances in cities in the U.S. and Canada. Not surprisingly, Cirque du Soleil found our Creativity Index to be the most effective predictor of locations that would surpass ticket sale expectation and tap into a new target audience of Creative Class members.

And in addition to CCG’s corporate clients, we have helped communities all over the world, including Jerusalem, Miami, San Diego, the Yukon, Newark, Charlotte, Noosa, and many more, uncover their competitive advantages and challenges through detailed analysis and research.

The 3T (Talent, Technology, and Tolerance) is the model that characterizes your approach to economic development. How does each “T” impact a city’s prosperity?

The 3T’s approach represents a comprehensive strategy for organizations, cities, regions and countries to compete and prosper in the creative age.

You have been awarded numerous times and your theory has been trusted by major global corporations. However, the creative class theory has also received criticism. Do you think your ideas might be misunderstood or misinterpreted or is it just a matter of different opinions?

As you know, my research and work generated a strong following among mayors, urbanists, city-builders, arts leaders and economic development officials who were looking for a new innovative way of driving investment into their communities. But, I also generated a handful of critics who questioned the connections I drew between diversity and growth, and from others who blamed the creative class and me personally for challenges of their cities. These were not just academic criticisms; some were direct personal attacks. Still, I appreciate my critics because they caused me to think harder and, when needed, to reshape my ideas on cities.

Connect with Richard Florida on LinkedIn 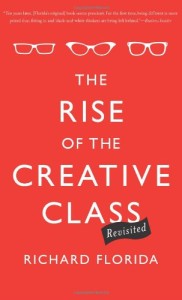 Richard Florida is the Director of the Martin Prosperity Institute at the University of Toronto’s Rotman School of Management, Global Research Professor at New York University, and the founder of the Creative Class Group. He is a leading urbanist and has been dubbed by Fast Company as an “intellectual rock star.” MIT Technology Review recently named him one of the world’s most influential thinkers.

Florida is the author of several global best sellers, including the award-winning The Rise of the Creative Class, and is a senior editor for The Atlantic, where he co-founded and serves as Editor-at-Large for Atlantic Cities, the world’s leading media site devoted to cities and urban affairs.

Florida appears regularly on CNN and other news broadcasts and is a regular contributor to the op ed pages of major newspapers and magazines. TIME magazine recognized his Twitter feed as one of the 140 most influential in the world.

Florida previously taught at Carnegie Mellon and George Mason University, and has been a visiting professor at Harvard and MIT. He earned his Bachelor’s degree from Rutgers College and his Ph.D. from Columbia University.

Enjoyed our interview with Richard Florida on creative cities and economic development? Spread the word!