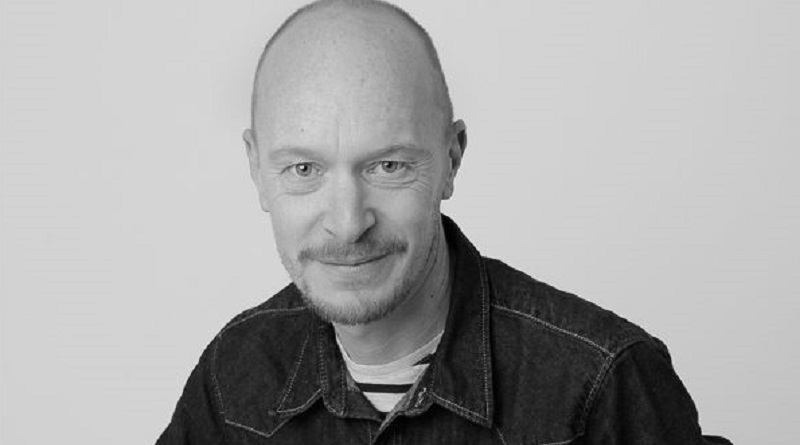 Xavier Theret, Head of International Promotion and Relations at Le Voyage à Nantes, in this interview illustrates how the internationally little known French city of Nantes has managed to build itself a name and reputation of being creative and innovative.

Xavier, do you remember the first time you heard about place branding and territorial marketing? What triggered your interest in the topic?

The first time I heard about territorial marketing was in the late 90s as a student in Strasbourg. There was little literature on it, so I decided to write my master’s thesis on territorial marketing. I started to interview some specialists and to look for a few success stories. Some development agencies – like the IDA Ireland – were among them. Initiatives like the tourism promotion of Christmas markets in Alsace were also great examples to look at.

As Head of International Promotion and Relations at Le Voyage à Nantes, in your view, what does “Brand Nantes” stand for?

Nantes has never really been a brand – the city remains quite unknown to most people beyond France, even though things have largely improved over the last few years.

With an increasing number of cultural initiatives set up since the 90s by Jean Blaise, the development of specific projects such as Les Machines de l’île in the place of the former shipyards (2007), the Estuaire art collection along the estuary of the river Loire (2007), the yearly summer event Le Voyage à Nantes that started in 2012…. Nantes has gained a reputation of being a creative and innovative city.

The Sunday Times declared in 2014 that Nantes was the “loopiest city” in France! This is the sign that something has changed. Nantes is now seen as a city where creativity is the catalyst of growth.

How has the reputation and appeal of Nantes as destination and city to live in changed over the last years?

As a tourist destination, Nantes has grown up and has become a perfect city break location. Visitors come to discover the Machines de l’île project, they stroll throughout the city centre and visit elements of our heritage, such as the castle of the dukes of Brittany or the Passage Pommeraye; they admire the numerous artworks that have mushroomed everywhere in town, make a cruise on the estuary of the Loire river and pop into the vineyards to discover our Muscadet wine!

Overnight stays have increased by 71% since 2012. July and August are among the three strongest months for overnights in the metropolis, thanks to our summer events. Considering that the whole city was almost deserted during summer a mere 10 years ago, this is just an amazing change!

The quick connection to Paris by TGV (2 hours) makes Nantes ideal for businesses looking to expand their operations outside the French capital.

Last but not least, the good living conditions (Nantes was the European green capital in 2013), quality of life and proximity to the ocean seduced growing numbers of families willing to benefit from a better environment to come here and settle down.

The Nantes Métropole area attracts every year about 10,000 newcomers, which is one of the highest growth rates in France.

Nantes likes to portray itself as one of the most creative cities in Europe. How do you attract artists and incentivize creativity – to live up to this aspiration?

The arty projects conducted since 2007, and especially the Voyage à Nantes summer editions since 2012, have infused everywhere in town, changing also the mindset of people who now see art as a real asset for the community.

Even the private sector now resorts to artists to transform a building, a neighbourhood, a restaurant or a hotel. We collaborate with hotels to have hotel rooms designed by artists, we work together with shopkeepers to have shop signs designed by artists as well. Everyone feels involved and eager to develop projects in collaboration with artists, designers and creative people in general.

Jaume Marín of Tourism Costa Brava in his interview emphasized his belief in return on engagement rather than short-term return on investment, when working with influencers. Do you agree?

I agree and we also created over the years a real community of ambassadors, after hosting them in Nantes. Some come for a report or an article and leave with the idea that they found something much unexpected, a ‘revelation’ as a recent Italian journalist told me. Some of them ask for regular updates on our new projects as they continue to write and follow up on what we do, even many years after their visit – this makes our job very rewarding!

How important do you consider the online presence and reputation of Nantes?

We follow every day what the press says and writes about Nantes. Like many cities, we have a full digital ecosystem and dedicated staff to monitor all social media and animate the community.

The Nantais people in particular have become very demanding over the years as they witness all the changes that are occurring in the city – some are passionate about the Voyage à Nantes and are constantly willing to be surprised by each new summer edition! Having them as ambassadors and influencers has been a key milestone in the development of our notoriety.

Apart from digitalisation, which other major trends are likely to influence the work of city and destination branding professionals in the years ahead?

Nowadays, the majority of destination content is no longer controlled and monitored by the DMOs themselves. Content is so democratic that each personal experience counts, which forces us to be extremely reactive and innovative, so that each visitor makes the most of his/her stay in the city.

How we can adopt and maximize user-generated content is to me the major challenge we face at the present time in destination marketing.

Securing adequate funding for destination marketing initiatives is often a challenge. How do you measure success and demonstrate return on investment of your branding work at Le Voyage à Nantes?

Like many destinations, we follow thoroughly the figures provided by the hotel industry to get a clear picture of who our visitors are and where they come from. We calculated that the direct spending of our 680,000 summer visitors in the city reached 55 million EUR in 2018, which is almost 20 times what the summer event costs us to organize.

Stakeholder engagement being a key part of city branding, how do you work with/involve residents and the business community?

The particularity of Le Voyage à Nantes is that the structure encompasses the activities of a tourism board but also the set-up of different cultural initiatives throughout the city. Le Voyage à Nantes monitors the Castle of the dukes of Brittany, the Machines de l’île, the Memorial to the abolition of slavery, the HAB Galerie and the Estuaire art collection. Those cultural projects directly involve the community and all related partners.

Not only inhabitants but also the private sector is involved with all we do. This structure is (still!) totally unique in France.

Enjoyed our interview with Xavier Theret on territorial marketing and how the French city of Nantes has managed to position itself as a hub for creativity and culture? Spread the word!

Share
Facebook
Twitter
Pinterest
WhatsApp
Previous articleMy Short Introduction to Country Branding: In The Place Economy Book by Hoyne
Next articleMikael Andéhn on the Meaning of Place, Capitalism and the Potential Limitations of Place Branding
- Advertisement -