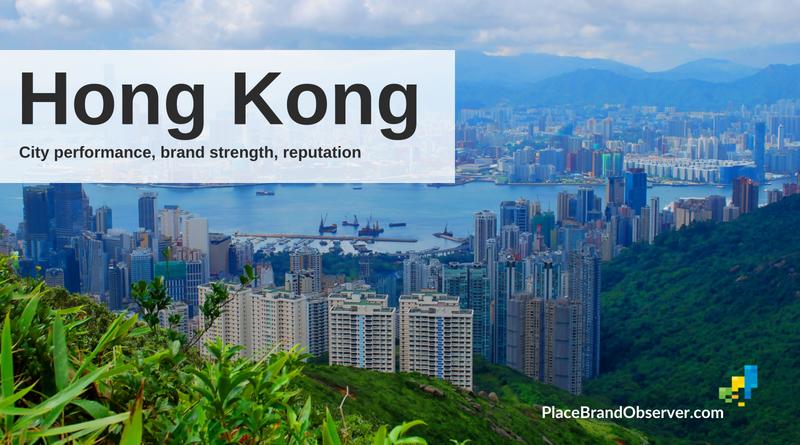 Hong Kong, thanks to its world-class infrastructure and well-educated, talented workers, is among the world’s best places to do business. Built in a comparatively small area, the city nevertheless can boast with national parks and islands, along with its famous skyline, architectural landmarks, and shopping opportunities.

But how is Hong Kong performing in terms of city reputation and influence, business attractiveness and sustainability?

The city ranks 19th overall in the World’s Best Cities report (2020), with a strong 13th place in the Promotion category.

Ranked 3rd  in the Global Financial Centres Index 26 (2019), Hong Kong has retained its strong performance since the study’s last edition. This places it ahead of other high-ranking Asian cities, such as Singapore, Tokyo, and Shanghai.

Within the five broad factors of competitiveness included in the index, the city ranks 2nd for Human Capital, Infrastructure, and Reputation. Hong Kong is placed 3rd for Business Environment and Financial Sector Development.

The city ranks 1st in the 2019 Mercer Cost of Living Ranking, which makes it the most expensive city worldwide for expats to live in.

Ranked 9th overall on the 2018 Arcadis Sustainable Cities Index, the city’s high ranking for Profit (3rd) followed by the People sub-index whose ranking has improved from 81st last year with 21st position this year. On the contrary, Hong Kong’s performance in the Planet sub-index has declined from the 29th position last year to the 50th this year as it has a higher risk of natural disasters. Overall, Hong Kong’s performance among Asian cities is strong, ranking 3rd.

Hong Kong’s low performance on the People index is caused by the challenge to provide good work-life balance, housing, as well as a significant gap in wealth distribution among its residents. However, it is considered an extremely safe city, with low crime rates.

While Arcadis’ global ranking looks at the three pillars of sustainability (people, planet, profit), the Green City Index (2012)  focuses exclusively on environmental aspects. Here, Hong Kong ranks above average on the Asian Green City Index (2011). It scores well above average for Land Use and Buildings. The city’s performance is also above average in categories such as Energy and CO2, Transport, Waste, Sanitations, Air Quality, and Environmental Governance. Its score is lowest in the category of Water where it only reaches average results, compared to other Asian cities.

The city ranks 56th in the 2019 Innovation Cities™ Index, a steep decline in 29 spots since last year. It is the 12th most innovative place among Asian cities.

Ranking 5th in the 2019 Global Cities Report, Hong Kong has maintained the same ranking since 2012. The report studies the capacity of cities to disrupt through innovation and Hong Kong leads in business activity, especially air freight potential and the presence of top global services firms. Also highly rated in this index are the city’s many international schools.

How attractive is Hong Kong for digital nomads?

Hong Kong might not be the most ideal place for digital nomads. Both the Nomad List and the Digital Nomad Index are not very impressed by the city’s attractiveness for digital nomads. The list states – among others – that it is an expensive city to live in, payments without cash are difficult and it is very densely populated. The latter source ranks the city as the worst among those listed (56th).

Although Hong Kong’s administrative unit within the People’s Republic of China is complicated, unsurprisingly China’s position as a digital nomad destination is also very bad. The Digital Life Abroad report ranks the country 67th out of the 68 countries analysed.

Enjoyed our summary of global rankings and indices on Hong Kong’s economic performance, its sustainability, attractiveness for digital nomads, brand strength and reputation? Thanks for sharing!