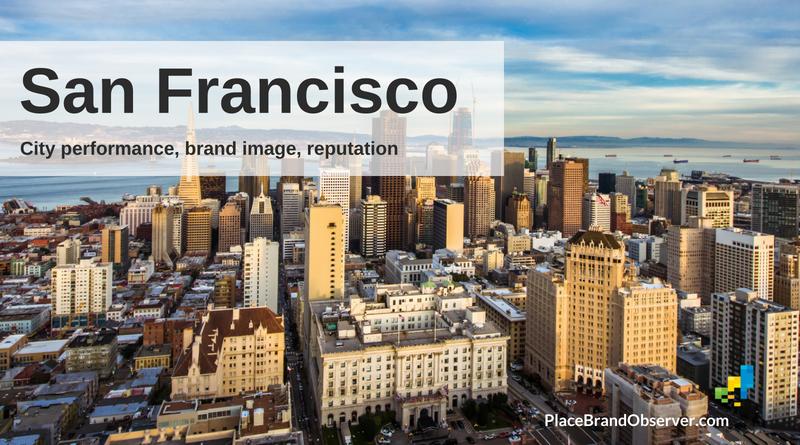 San Francisco, one of the most cosmopolitan cities of the USA, is also the financial center and cultural hub of the West Coast. A popular tourist destination for its location, climate, and architecture, it is also known for its openness. Famous for its innovative environment, several technology companies have chosen San Francisco as their base, putting it in close competition with Silicon Valley.

But how is San Francisco performing in terms of reputation and influence, business attractiveness and sustainability?

Ranking 18th in the Global Power City Index (2019), San Francisco’s performance has dropped from the 13th position last year, being the 3rd best-placed city in North America after New York (2nd) and Toronto (16th). The city received a high score on Economy (7th), R&D (8th), and Environment (9th) indicators. Its weaker point compared to other cities featured in the ranking is its Cultural Interaction (31st). Livability (36th) and Accessibility (37th) are the factors that pull SF down most in this study on the global power of cities.

The same index also measures a city’s attractiveness for different audiences, where San Francisco scored 8th for corporate executive, 35th for residents and 37th for visitors.

Well-known around the world, San Francisco ranked 20th in the 2018 City RepTrak® study, ahead of New York City and the highest position among US cities.

Ranked 12th in the Global Financial Centres Index 26 (2019), San Francisco has improved its ranking considerably since the last edition. New York City and Toronto are the only North American cities that perform better than San Francisco.

Within the five broad factors of competitiveness, the city ranks 6th for Reputation, 7th for Human Capital, 8th for Infrastructure as well as Financial Sector Development and 14th for Business Environment. SF has also advanced from being considered a Dynamic Centre to becoming a Stable Centre.

The city ranks 16th on the 2019 Mercer Cost of Living Ranking. This makes San Francisco the second most expensive city in North America for expats, leaving it seven places behind New York.

Following the global trend of rating higher for the dimension of Profit (7th) and lower for Planet (43rd), San Francisco ranks 16th overall in the Arcadis Sustainable Cities Index 2018. This leaves SF at 2nd position among US cities and in North America.

Just like other US cities, San Francisco’s performance in the Planet dimension (ranking 43rd) is negatively affected by high per capita greenhouse gas emissions, a low amount of green spaces and high energy use.

San Francisco is the US’ second-highest ranking city in the 2020 World’s Best Cities ranking where it is positioned 11th. Its strongest aspects are its people (8th ) and prosperity (14th). On the other hand, the product pillar that evaluates a city’s key institutions, attractions, and infrastructure, rank San Francisco much lower —36th.

Although placed 22nd in the 2019 Global Cities Index that studies the capacity of cities to disrupt through innovation, San Francisco has a high potential for attracting and retaining talent, capital and ideas, as illustrated by its leading position in the pillar of “Global Cities Outlook”: a city’s future potential for innovation.

Possibly the most striking feature of San Francisco is its expensiveness. This is stressed by both the Nomad List and the Digital Nomad Index. It is actually the only category in which the city performs badly, according to those studies. This is also stressed extensively by all the available reviews.

Perhaps most interesting is the fact that San Francisco’s Internet speed is ranked 10th, whereas – contradictory to the list – cafés with free Wi-Fi are San Francisco’s worst-performing category (56th, which is the last position). Nevertheless, the index overall ranks the city 8th.

Enjoyed our summary of global rankings and indices on San Francisco’s economic performance, its sustainability, attractiveness for digital nomads, brand strength and reputation? Thanks for sharing!