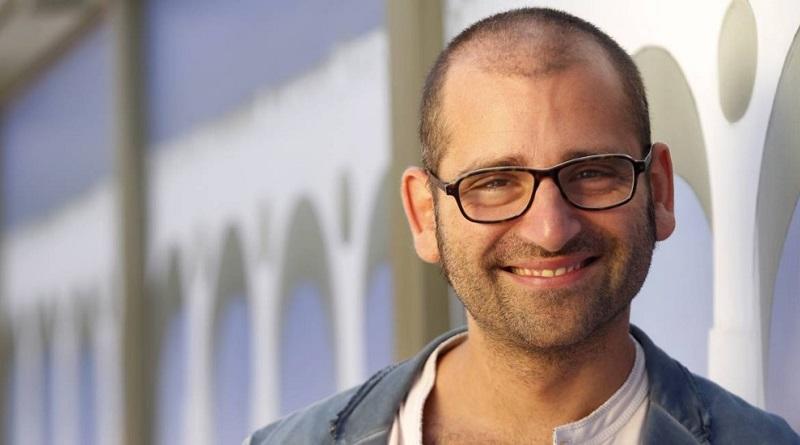 Massimo Giovanardi in this interview shares his thoughts on destination marketing and the issue of tourism overcrowding, using examples from his ‘country-of-origin’, Italy.

Massimo, how did you first become interested in tourism marketing and place branding?

I grew up in a tourist place. My birth-town, Cesenatico, belongs to one of the most touristy areas of Italy, the epicenter of which is the seaside resort of Rimini. Every summer season, my region becomes a temporary home for hundreds of thousands of tourists, longing for our average-looking beaches or, more likely, for our renown ability to welcome foreigners and be hospitable. I sometimes think that there would not have been a better place to be born in, for a tourism marketing and place branding person.

Then, in 2008 at the University of Urbino, my PhD supervisor Bernardo Valli asked me if I was interested in working on territorial branding (branding territoriale, as we call it in Italy). I immediately liked the topic and found it a perfect fit. With the help of my co-supervisor, Yuri Kazepov, I started examining different sociological perspectives through which places are produced, consumed and communicated.

My first academic appointment in Stockholm and the following adventure initiated with Mihalis Kavaratzis in Leicester are the result of my involvement in the fantastic community of place branding scholars, many of whom I met at conferences.

At the beginning of my PhD, in 2008, I was still working for a public relations agency in Rimini. There, I learned a lot about the intricate and multi-layered processes of place promotion in the public sector. While I sometimes miss the vibrant atmosphere of press offices, I certainly don’t miss the political tensions between different administrative levels: “mayor vs president of the region” or “councilmen vs community managers”. I admit it sometimes feels more comfortable to study these dynamics as a scientific observer, rather than being involved in them as a public relations account executive.

Can you explain the place-of-origin effect? Perhaps using your native Italy as example?

Simon Anholt in his book Competitive Identity explains this very well, using many examples. Essentially, the place-of-origin effect is a ‘made-in’ effect.

Or let me put it in this more articulated way. Once upon a time, communication was inherently physical. In order to send a message, Romans had to send ambassadors (legati) to the different remote Roman provinces. Every message required a trip. John B. Thomspon provides a compelling account of this phenomenon in the introduction of his book The Media and Modernity: A Social Theory of Media. Perhaps, this heritage explains why we are still conditioned by an approach where the provenance of things and messages matters so much.

It is difficult to deny that provenance gives products, objects and people an intangible aura. In this respect, I enjoy the title of one of the last books of the geographer Andy Pike, called Origination. A sort of “tell me where you are from and I till tell you who you are”.

Space would be too wide to be navigated without attaching meaning to some portions of it. And even though places are connected, we tend to prefer to think of them in territorial terms, by giving them tangible boundaries.

Accordingly, a place has some specific qualities and vocations that are stable across time, and that are transferred onto things that are supposed to originate in that place.

If you want, place-of-origin is the phenomenon of people being treated differently at border controls. Being Italian is not enough for avoiding questions such as “so what do you do in the UK?”. And every time I am at the border control I think of people who are much more penalized than me.

One research focus of yours is participatory destination marketing. Why is it important, what does this look like, and do you have examples of good practice?

Sometimes, triggering civic participation is much easier (and cheaper) than imposing a top-down tourism regeneration strategy. If you leverage the spontaneous promotional practices of people or entrepreneurs, this might take you somewhere. This might not be the case everywhere, of course, but it is the model upon which my region has (unwarily) founded its success.

The Romagna Riviera is the home of one of the strongest examples of participatory destination marketing in Italy and maybe in Europe: the Pink Night Festival. As I illustrated in my paper in the academic journal Annals of Tourism Research, the success of this itinerant and multi-stage festival lies in the fact that it brings together hosts and guests. Every year they celebrate the beginning of the summer by dressing in pink and transforming the whole physical environment into a pink, open air event of music and entertainment.

The regional authorities conceived the event format. However, from the beginning they involved the municipal authorities, the local entrepreneurs and the citizens, teaching them how to play this ‘pink game’: producing pink food, switching on pink lights, decorating houses and shops with pink items.

Tourists still love this pink weekend and, in spite of the perceived decreased intervention of the pubic sector, the Pink Night Festival is still a remarkable happening. Actually, participation in the festival is so huge and intense that it is sometimes difficult to distinguish between locals and tourists. This event shows that it is possible to generate considerable media coverage and create revenues by “co-performing” a tourism place, in a way that involves residents, second-house owners and tourists alike.

At the moment, private stakeholders are complaining because they believe that the role of the public sector as ‘conductor’ is becoming too narrow and marginal. Participation needs to be nurtured and taken care of. All the participants need to stay motivated and ‘on tune’.

Thinking about the growing issue of Overcrowding, how can tourism marketing and branding be used as tools to make destinations (more) sustainable?

I remember an interesting conversation with the late Professor Gregory Ashworth in Stockholm, when he was invited by the Stockholm Group of Place Branding to give a seminar. We were discussing the overcrowding in Venice, a city that I loved so much. Greg’s argument was that Venice should “expand the product”, so to alleviate the pressure that mass tourism is exerting on specific areas of the city centre.

For example, we discussed the possible role that Chioggia, a city similar (and very close) to Venice, could play in this extension of the tourism product. Even though I am not totally convinced of this solution, I have to admit that overcrowding is overwhelming in some spots of Venice.

Convincing tourists to change their rigid sightseeing route is so hard. Even in Venice, go ‘two bridges away’ and you will find yourself alone, in ‘uncontaminated’ areas where residents are still living their everyday lives.

Probably, overcrowding is becoming an inherent feature of the place brand identity of those overcrowded places, such as the center of Venice, which means that visitors may not complain about it because they expect it. This is potentially problematic since tourists are then getting used to overcrowding.

It would be interesting to extend the study that Dominic Medway, Gary Warnaby and Sheetal Dharni did some years ago about “demarketing places”. Branding could have a role in this process, but it may vary from case to case. And for sure, issues of sustainability are easier to discuss than to address and solve in practice.

I believe that stressing the fragility of places like Venice internationally is one of the hardest challenges of the place branding community worldwide.

Which are some of your favorite best practices examples of place branding?

One of my favorite best practice examples of place branding is the Israeli city of Holon. The paper written in 2008 by Ram Herstein and Eugene Jaffe is scarcely cited and I do not understand why. I use that case in my teaching and in my work with local administration and I found the idea of creating a “city of children” brand very inspiring.

Of course, any city can be or become a city of children. But Holon worked well by substantiating its claim with intervention in the built environment (creation of infrastructure for children, such as school), by creating after-school activities and festivals, and by providing public services which align with the city brand proposition.

In your view, what makes a place branding initiative successful? How to measure effectiveness and ROI?

Many renowned colleagues, such as Sebastian Zenker and Magadalena Florek, worked extensively on issues of place branding effectiveness and measurement, and how different place brand stakeholders envision place images and their projection in the future.

On the one hand, I want to emphasize the importance of measurement of effectiveness because we sometimes tend to neglect this aspect. In the eyes of students it is difficult to operationalise; in the eyes of politicians it might be too dangerous since, if we can measure the effectiveness of a campaign, we can also witness its failure.

A good way to determine place branding success is to assess changes of stakeholder views of a place brand over time.

On the other hand, we have to accept the uncomfortable position that, maybe, not all aspects of place branding can be measured. It is difficult, for example, to measure power and many of its manifestations, or implications.

While there are ways to measure how collaboration among stakeholders changes over time (e.g. social network analysis), the political dimension of place brand equity remains mostly unknown.

Try to ask yourself which commercial aspect of the contemporary world is NOT influenced by the reputational capital of places. Difficult, isn’t? Or more simply, one could reflect on the very tight relationship between us and our birth-places. By so doing, we can appreciate the emotional bonding that we inherit from that birth-place. We can, for example, then reflect on our choice of relocating. We can realize that many dimensions of citizenship, international mobility, transnational lifestyles are shaped by our perception of places, which in turn will shape our level of geographical literacy.

Now is a good time for students to get involved in the field of place branding because changing places as overarching theme is high up on the political agenda in Europe and other continents. If you have a tool for improving places, you are better-placed in the contemporary political arena. The problem is that often place branding is used to make places worse. That’s why a critical turn in place branding studies is necessary.

More about the work of Massimo Giovanardi in his profile at University of Leicester, his blog, or connect with him on LinkedIn or Twitter.

Enjoyed our interview with Massimo Giovanardi on destination marketing, country-of-origin and how to deal with the issue of overcrowding in popular destinations like Venice? Spread the word!