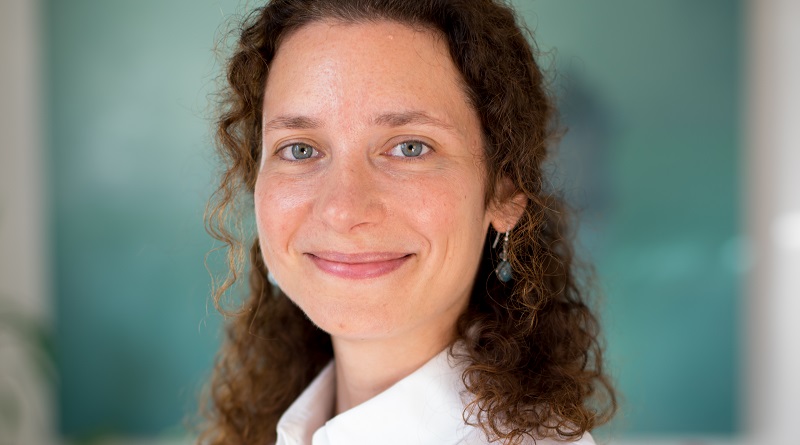 Begüm Tatari in this interview shares her experience of helping the Turkish city of Izmir develop and implement its city branding strategy.

Begüm, do you remember the first time you heard about city branding? What triggered your interest in the topic?

Although I cannot remember the first time I heard about city branding, I remember starting to take a professional interest on the subject around 2004. I was working in the Foreign Economic Relations Department of Izmir Chamber of Commerce, then. A meeting with the title “Brand is Power” was organized in Izmir. The Chairman of the Ports, Customs and Free Zone Corporation of Dubai was a guest speaker at the event, and he impressed the participants with the branding case of Dubai.

After that, seeing Dubai as an example for Izmir in regard to place branding started to become a popular approach in the city. I found this quite scary and wrong because the two places have very different characteristics. I had written a report comparing and contrasting Dubai and Izmir.

How has your view on the topic changed since?

Since then, I have been fortunate enough to be involved in the coordination of preparing a city marketing strategic plan – the first of its kind in Turkey – then a visual identity for the city of Izmir, while I was working for Izmir Development Agency (IZKA). In order to gain further insight on the topic, I was charged with participating in related national and international events. I continued to make research and write reports, conduct analyses on the subject as well.

In light of my experience and learning, I can say that in city branding, there is not one magic formula which can be adapted to all cities. Each city has its own unique characteristics, and a functional strategy would be one that understands and sincerely communicates this to the target groups.

I also think that in many cases, residents are highly sensitive on how their city is branded and it is not possible to please everyone.

In 2010 you helped prepare a place branding strategy for the Turkish city of Izmir. Why did the Izmir Development Agency engage with city branding?

In 2008, a conference was organized by IZKA and the Aegean Foundation for Economic Development aiming to evaluate the advantages gained from Izmir’s bidding process for EXPO 2015. In the conference, opinion leaders of Izmir determined “Defining the promotion strategy of Izmir” as a top priority; and this task was given to IZKA.

IZKA was the ideal actor to undertake the task. This is because its management board consisted of key actors in the city, such as the governorship, the metropolitan municipality, chambers of commerce and industry. It also had a Development Board, an advisory body consisting of 100 people representing public and private institutions, NGOs and universities in the city. This structure provided the Agency with the authority, power and means to conduct this work rightly.

How does Izmir approach city branding – such as in terms of stakeholder involvement. What does the strategy look like?

We needed a strategy for three different target groups; tourists, residents and investors. Since this would require expertise in different fields, we announced a call for tender in 2010 for the preparation of the strategy. The winning consortium was formed by Art Grup with Wolff Olins, Blue Group, American World Services, TNS Global and Kita Design as partners.

First of all, brand image and awareness research was conducted in Izmir, other cities in Turkey and abroad, using various research techniques. In order to understand the perception of different stakeholders, a total of 3,687 people were interviewed. As well as other groups, the interviewees included residents, representatives of the public and private sector, NGOs, opinion leaders and foreign investors in Izmir. This comprehensive research is a powerful aspect of the strategy.

Part of the city branding strategy was to prepare a visual identity for Izmir. How did you go about this, in practice? How to find one theme / font / set of colours etc which pleases most stakeholders?

After having completed the strategy, we announced another call for tender in 2011 for the preparation of the visual identity. The winning company, I Mean It Creative, had a thorough strategy and research findings in hand.

The majority of interviewees had said that if they were to define Izmir by a color, it would be blue. Izmir was generally personified as a young or middle aged, well-educated single woman. It was considered friendly, warm, modern and cultivated. The sea and promenade surrounding the Izmir Bay were the most associated attributes to the city.

All these findings guided the way to using blue as the primary color, preferring round forms and a modern font in the visual identity. The circular form in the logo was inspired by blue bead worn against the evil eye (Izmir is the first city in Turkey to produce it); it also symbolizes the bay, the clear sky and the sun of Izmir.

You also worked for the team pitching Izmir as location for the World EXPO 2020. What role do such events play for a city’s place branding, and vice versa?

The host cities of EXPOs are determined by the votes of member countries of The Bureau International des Expositions (BIE). So, our lobbying and campaigning efforts during the candidacy period targeted the decision-makers and influencers regarding more than 160 member countries of the BIE. The decision-makers and influencers were heads of state, governments, ministries, ambassadors, regional/ international organizations, BIE delegates and the like. Participating in selected international events was also part of our strategy.

Turkey, as a country is well-known. However, awareness about Izmir was not that high. So, while asking for votes, we had to first introduce the city of Izmir. We already had a city marketing strategy and materials prepared with the visual identity. Using them in the campaign enabled us to communicate effectively and in unison.

Although Izmir did not win, I consider the candidacy period a great opportunity for internationally promoting the city.

Securing adequate funding for place branding initiatives is often a challenge. How is city branding in Izmir funded, and how do you measure success and demonstrate return on investment of your branding work?

The preparation of the strategy and visual identity was financed by IZKA. By law, contributions from the central government, the metropolitan municipality, district municipalities, chambers of commerce and industry formed the budget of the Agency. So, all of these actors were in collaboration in terms of funding as well.

IZKA still coordinates various activities related to city branding. The Metropolitan Municipality takes on responsibility, too and in recent years, Izmir Tourism Foundation (IZTAV), the President of which is the Mayor of Izmir, became more active.

The Izmir City Marketing Strategic Plan had three main objectives; to increase the number of tourists, to improve the living standard and to increase the investment amount in Izmir.

Although all of these objectives are measurable, they are not solely linked to the branding work of a city. They are not independent from overarching factors such as national/ international politics and the economic situation.

I regard city branding as a long-term investment in the perception of people. So, in my opinion, it would make sense to measure the return on investment by conducting a new brand image and awareness research after some years.

How does Izmir engage its citizens and businesses, to make sure their actions and stories align with the city brand proposition – and the other way around?

We had introduced the logo of Izmir with a big event, inviting stakeholders in the city and the press. The Governor, who was also the President of IZKA, and the Mayor of Izmir Metropolitan Municipality gave introductory speeches. We also exposed and distributed all the promotional materials from roll-ups to brochures, bookmarks to stickers, advertorials to posters. This was big news in the city.

In addition, IZKA created a website, from where anyone could download and use the logo as well as other branding materials for free. We also installed 3D Izmir logos in various locations such as the airport and piers; they became popular backgrounds for souvenir photos.

Eventually, the logo became widely embraced and used. Today, I even come across it in very unexpected places, such as the signboard of a small döner kebab store or the newspaper ad of a local construction company.

Connect with Begüm Tatari on LinkedIn.

Enjoyed learning about the city branding and marketing of Izmir in Turkey, in this interview with Begüm Tatari? Spread the word!