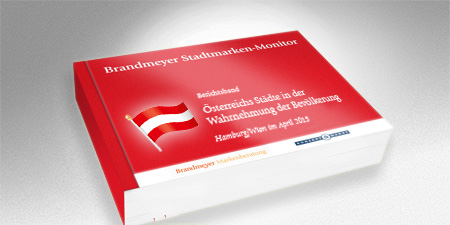 Following our interview with Christof Biggeleben on nation branding and the changing image of Germany, in this guest post Bernhard Klein of Brandmeyer Brand Consultants takes us to Germany’s south-eastern neighbor, Austria, for a summary of key findings from the recently published City Brand Monitor Austria.

Almost ten years ago, the Hanseatic City of Bremen decided to apply branding techniques to completely revise its marketing strategy. We were asked to conduct several brand analyses and accompanied the marketing design process for many years.

As the Vienna Tourist Board’s former director of brand, I spent several years establishing a brand management program in the City of Vienna to pave the way for its redesigned global marketing strategy. In that period, we were able to increase the number of overnight stays in Vienna from nine to twelve million.

We had already realized that – just as consumer goods compete for consumers – also cities and regions were continuously competing for inhabitants, tourists, work force and companies/investors.

In the last few years, “the brand principle” was discovered as a suitable competition tool. Cities have begun to strategically use this set of branding tools to develop positive perceptions and increase their appeal to various target groups.

Questions addressed by the City Brand Monitor: How strong are the brands of Austria’s largest cities? Which city brand is the strongest? Which city appeals most to specific generations, e.g. young people?

There have never been any reliable answers to these questions (just indicators of individual aspects, such as quality of living). The Brandmeyer City Brand Monitor finally closes this gap for Austria and Germany – using representative surveys conducted with individuals.

City Brand Monitor: How it works

What did the City Brand Monitor actually try to find out? The following dimensions formed part of the brand strength ranking (in the total population, as well as three age groups):

Moreover, we got to the bottom of a total of eight facets of appeal, ranging from quality of living and economic strength to the appeal of the city center, cityscape beauty, clean city/safety, appeal to younger people, the elderly and families.

In Austria, more than 2,000 people were questioned (online), representing the German-speaking population of Austria older than 18 years of age.

For the first time, city officials have a valid and representative tool as well as a separate profile of each of the 23 cities in Austria that shows whether people attribute specific ideas and perceptions to a city and at which percentage. In addition, they are able to compare each of the sub-dimensions to other cities.

In some respects, the results are quite surprising and have already caused initial reactions and debates among city officials and the media in Austria:

Salzburg is the strongest city brand, even before Austria’s capital – not only among young people (up to 29 years of age), but also among the middle (between 30 and 49 years) and older generation (older than 50 years of age).

Salzburg is in the lead in almost all sub-dimensions, except two where it ranks second, behind Vienna: having concrete perceptions of a city (a “concrete image in mind”) and having already visited the city.

When it comes to the various facets of appeal, Salzburg outperforms all the other cities once again followed by Innsbruck, Baden and Graz, and Vienna on seventh rank.

Vienna comes second, but lags particularly far behind – rank 17 – in “clean city and safety”, while Baden comes first in “appeal to the elderly people”, with Graz leading in “appeal to families”.

Salzburg’s success in all facets is only surprising at first glance. Aside from its international fame as a cultural hotspot, the city boasts both an ideal size and location (close to economically powerful Bavaria and Munich, but also to the beautiful Salzkammergut region). It is an architectural jewel and tourist magnet.

Much more surprising, however, is the weak performance of the capital city, Vienna, which always enjoys leading positions in international rankings.

This may also be true in comparison to other major European cities: Vienna certainly offers high quality of living, comfort, green space and a beautiful historical cityscape.

The country’s only mega city has a tough time competing against all other Austrian cities, though. It suffers not only from actual disadvantages, but also from a wide-spread prejudice against big cities.

Most Austrians believe that Vienna is unsafe, dirty and hardly appealing. The city is only able to demonstrate its strengths in popularity and economic power.

So what? Call for action

This result calls city managers, Vienna’s politicians and tourism officials to action. Austrians are the most important source market for Vienna as tourist destination. The city’s negative image among the country’s people means a long-term competitive disadvantage.

The city’s tourism marketers did address some issues related to political ideology in the last few years, but the City Brand Monitor findings show that Vienna still has way to go and needs to work on its actual weaknesses.

The time would be right for all the cities lagging behind in the City Brand Monitor to initiate processes and programs to improve their appeal in the long run.

Brandmeyer-Markenberatung is the leading brand consultancy in the German-speaking area and advises a wide range of destinations, including municipalities, cities and regions. 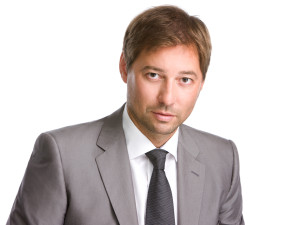 From 2009 to 2013, Bernhard Klein was responsible for Vienna’s international advertising and tourism brand management, for which he received numerous awards and prizes.

Did you find this post on the results of the first Austria City Brand Monitor useful? Please share!