Peter Kjeldbjerg on How Struer Became The City of Sound 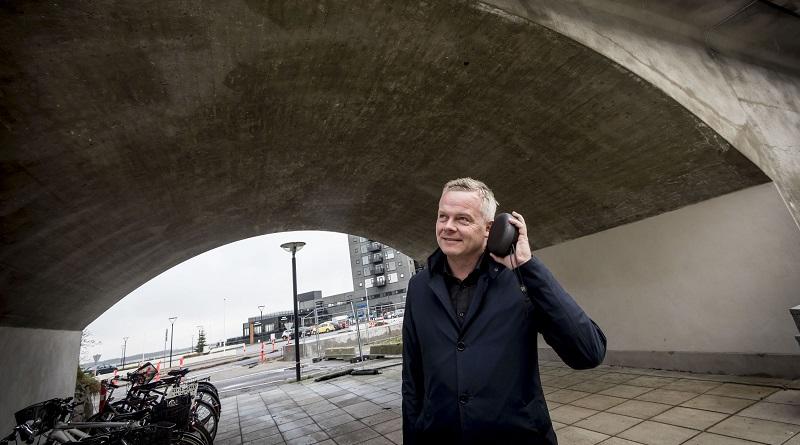 How did the Danish municipality of Struer become “the City of Sound”? Peter Kjeldbjerg tells the story and shares insights into the city’s talent attraction challenges and city branding successes.

Peter, you are the Head of the City of Sound brand project in Struer, Denmark. Briefly, what led you to this position?

My background is mixed. I came from a leading position in the local media, but I have also worked for several years as the CEO of an incubator and business park. Storytelling, entrepreneurship and development of our local community have always been a passion for me. When the idea of building a strong sound brand in Struer came to my attention, I was attracted by the concept.

For a small community like Struer, building a place brand requires a big investment, but hopefully, the impact will be even bigger if we succeed. A lot of shareholders stand behind the plan and the local administration is willing to invest a lot in the place making as well. The commitment is remarkable, and this was very appealing to me.

What is the City of Sound about – who started it and why?

The City of Sound is about working around the DNA which already is a natural part of Struer area due to the large impact from the audio industry, which arose from the establishment of Bang & Olufsen in 1925.

Struer is home of several companies which originate at Bang & Olufsen. The most well-known of these is Harman, which nowadays is owned by Samsung, but there’s also a slew of smaller and medium-sized companies, such as Martin Munkebo, Aluparts, Struer Kajak and CIM Group, which are all spin-offs from Bang & Olufsen or founded by former employees at the factory.

The idea to use sound like an engine in the development and branding of Struer is also conveyed within the municipal organisations: Sound is for instance used to aid elderly and demented people, in the treatment of psychiatric patients.

The idea has developed during the years, and in 2018 the investment was raised, more shareholders were involved, and a dedicated team was established to organize and develop the work with the brand.

In the same year, Sound Hub Denmark opened its doors in some of the old facilities of Bang & Olufsen, and introduced their accelerator programme for startups in Sound Tech.

How do you use the theme of sound in your city branding strategy and projects?

One of the main issues in our approach is to really “build the brand”. This means that we are investing in art, buildings, as well as urban planning where the sound is playing a significant role.

For instance, a “sound manual” has been approved by the city council. The sound manual is not only about sound attractions, but also presents a lot of guidelines on how to think sound into the planning phase as well. It uses concepts such as “soundscapes”, which is about focusing on the naturally occurring sounds of a location, taking them into consideration when organising squares, roads and paths. Most people are not used to noticing the sounds around them as long as it is not noise, loud music or awkward silence.

The hope in the long run is that Struer city centre will develop into a kind of living laboratory for sound, inviting businesses, researchers, and organisations to exhibit, test, and evaluate technologies and solutions in Struer.

Which are some of the main challenges and hurdles you’ve encountered when developing the brand strategy for Struer?

I think, like any other place branding project, our main challenge is to reach a “proof of concept”. To end up with genuine and measurable results, like higher numbers of visitors and new settlers.

But on top of that, we have to deliver fast. Right now our population number is going slightly down, and the global recession in the years 2008-2015 hit hard on the area, as we lost 20 per cent of our jobs. The brand strategy must be an answer to that, and we don’t have much time.

How do you engage citizens and the business community, to win them as brand ambassadors? How do you measure their attitude towards the City of Sound brand strategy and positioning?

We were quite in a hurry to win the hearts of the citizens, which made us try to “pick the low hanging fruits” first, so to speak. Working with existing events, giving them a facelift, empowering the message, focusing on what was already established, and telling stories about it on our website and on social media.

In the first years, our main target group has been our own citizens, in order to make them our city brand ambassadors.

We also started a series of personal stories from passionate and enthusiastic locals. We launched it under the motto “Discover your City of Sound”, meaning that we encouraged people to focus on the positive sides of their community. This seemed to work out.

We are currently measuring the general attitude with an online survey “Net Promoter Score” that gives us an indication of how people think about our work. Fortunately, it seems as if our strategy is working well and we can see that the majority consider the brand to be a positive impact on the community and their quality of life.

Talent attraction and place marketing being such “hot” topics nowadays for cities pressured to compete with others around the world, which are the trends currently influencing your work?

The real pressure on our shoulders is being a small community with only 23.000 inhabitants. Our ability to attract talent is crucial to ensure that our companies will keep on being present in Struer.

There is a high concentration of high-tech jobs in the area because of Bang & Olufsen and all of its spin-offs: Clinical manufacturer Phillips Medisize is there, a department of HARMAN by Samsung working with sound systems for cars is there, and our new Sound Hub will demand talents to continue growing.

Being a small community without universities, where young people leave after graduating from high school, we have to be more aggressive and smarter to attract them back when they are ready to start a career, have children and settle down. A current trend that is helping us is that more and more young people are actually finding their way back to the smaller communities where they can find space, safety and a life closer to nature.

Which cities would you consider good examples to follow, for their innovative and successful approach to city branding?

My answer to this question might be a surprise for most people in the place branding business. In my opinion, the most inspiring example is a small village on the western coast of Denmark: 20 years ago Klitmøller was a dying hamlet with only fishermen and a bunch of tourists.

This changed when a group of surfers found out that the area has magnificent waves. They spread the word, and today Klitmøller is well known in the surfing environment as “Cold Hawaii”. This has created a hype and the village has become a hot place to live, attracting people from the creative class, like pop stars and with them also doctors, teachers, startups etc.

Windsurfing is a common passion that connects them. The waves have always been there, but the fact that people began telling the story about the “Cold Hawaii” made it explode.

My wish is that we can do the same with sound waves in Struer. Attracting people with a passion for sound in any way, like acoustics, hi-fi, sound art, podcast etc.

Storytelling is often hyped as “the” solution to enhancing a place’s image and brand. How does this work, in the context of a municipality like Struer? And how does it link to “story-making”?

In my perspective, it is quite simple. You need to find out what the sincere values of a community are. A theme, or as we say in Struer: The real DNA. It can be difficult to see it – like the waves in the small coastal village – because people are used to it. This is what we discovered about the sound here. There are a lot of people here with a common heritage and knowledge about good sound quality.

Then we start to talk about it. In writing, videos, podcasts etc. And along with that, you have to make new ideas about how to use sound, how to create new projects, new events and initiatives to add value to the DNA. We are at the beginning of that journey in Struer, and we can feel that things are starting to work.

In our first years of work, we have learned that it is possible to make people embrace a place brand, as long as you remember to explain why you are working with a place brand. Our explanation has always been that we want to change the story of Struer from a community in recession to a community with a lot of spirit and hope. Fortunately, it seems that most people here have adopted that story and that gives us a big push forward.

Enjoyed our interview with Peter Kjeldbjerg on talent attraction, city branding and how the Danish municipality of Struer became the City of Sound? Thanks for sharing!