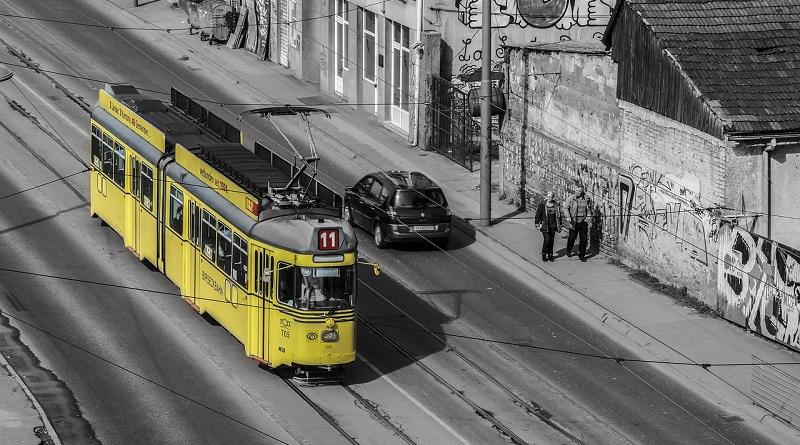 Recently as Director of 2thinknow I travelled through Eastern Europe, including Belgrade, Zagreb, Budapest, Ljubljana, Tirana, Durrës and nearby Vienna. Austria is not technically east, but remains a European bridge between west and east.

This trip was quite instructive, reminding me of what each city does well, and what it does less well. It updated me on the changes of recent history to the regional capitals, and gave me a chance to meet economic development professionals and local representatives of the Innovation Economy.

Overall, I was quite impressed by the changes I saw in Eastern Europe. In this post I am sharing seven placemaking and visitor experience lessons from my trip, which hopefully you find useful for developing your city (we tend to have a blind spot regarding our own cities).

One area where Vienna (a top 10 city in the Innovation Cities Index, and most livability rankings) falls behind Budapest is clarity of route maps, and display of information before you ascend or descend to the train platform.

Budapest has simple “next stations on this line” signs before you reach the platform. So you know whether you are on the right platform or not, before you commit to walking the stairs. In Vienna, I often took wrong turns onto wrong platforms, and noticed many people spending too long deciphering electronic screens. While all information may exist in Vienna, it is not so clearly and concisely displayed.

One positive thing I noticed was that Vienna has excellent signage in the train stations and streets. Elevators are clearly labelled using easy signals, something not true in most of Eastern Europe.

Belgrade impressed me with its distinctive style of Serbian food, which involved some great meat and high quality vegetables (I went to one of the oldest restaurants in Belgrade, Tri Sesira, meaning 3 hats).

Zagreb on the other hand had little in the way of food branding, and food was more indifferent. Croatians are very good on grills, but I didn’t encounter any great grill meals, nor where any promoted to me during my visit.

All in all, I had some good Croatian food compared with mostly great Serbian food. And on cost, Belgrade won also.

I had some great wine at a regional vineyard outside of Tirana in Albania, and some really nice food in Albania. Food regions there are quite nice and pleasant, and actually food is really good by global standards in leading restaurants.

Budapest is extremely visitor friendly, as is Vienna. Ljubljana also does well on this front, for its size.

What do I mean by visitor friendly?

But beyond that a single phrase.

Visitors shouldn’t have to think too much.

Visitors are foreign. This is stressful. What is self-evident to you is not self-evident to someone seeing it for the first time in a different language. For some people, visiting your city might be their only overseas trip of their life.

Visitors are not ‘dumb’, as I overheard hotel staff referring to their guests in Zagreb. Visitors simply are overwhelmed by new and different stimuli. I have asked some pretty stupid questions in some of the cities I have visited.

Someone I met made the point that Belgrade was very popular with smokers from across Europe, as smoking is allowed in many restaurants. This is also party true in Tirana.

Smokers are now under-served segments, and thus an interesting tourist class to target.

The point is not for your city to attract smokers, but rather instead of targeting the same tourist segments as everyone else, why not find a group of tourists who innately like your city. Then, simply target more of them?

Targeting different segments allows every city to win. Why not look for unique segments who are under-served by the market in your region?

Ljubljana and Belgrade are overall very safe cities to walk. Vienna, of course, is also safe. Even when walking at midnight. Making a city safe gives your visitors a good impression. It also allows your local residents to enjoy the city at night or day.

Sadly, many Western cities have forgotten safety. And it’s very hard to brand a city as a great place, when people are being stabbed. Or falling over in brawls. Or taking copious mounts of drugs.

Many cities in England and Australia, as well as U.S. now have safety problems that destroy their branding messages. Because they tolerate bad behaviour.

Interestingly enough, the United Arab Emirates cities are safer from violent crime than many Western cities. This is not commonly perceived, but the competitive gap is caused by what I termed several years ago as ‘back-sliding’ cities. Western cities have forgotten what makes them successful and to be mindfully grateful for their blessings, and retaining their strengths.

City safety trumps most branding messages, and higher safety reduces costs of branding as you are not always fighting negatives. One YouTube video can unravel your carefully conducted strategic communications plan. It’s hard for city professionals to brand an unsafe city. Cities need to collaborate and fix safety issues as much as they can.

Belgrade was one of the safest cities with the best food, yet it has not yet done the best job of promoting itself as a tourist destination. It is also low-cost and quite intriguing, however it is not the ‘picture postcard’ that is Ljubljana.

Yes the city infrastructure and signage need some work, but there are opportunities for Belgrade to leverage its low-cost, high quality food. The urban Metropolis style would appeal to many, and the costs are very low for visitors, in comparison to other European capitals.

Apart from being quite affordable, Belgrade trumps with the excellent English language skills of the local Serbian residents, whom I found very polite also.

Moreover, Belgrade is a culturally identifiable city, which some other cities are not these days. In Melbourne, for instance, you could be anywhere in Asia or Europe on some days. Sports aside, Melbourne is losing its distinctness. Belgrade has retained identity, and distinctness.

The Slovenian capital of Ljubljana makes a good impression and has many good restaurants, but has not yet reached full capacity as tourist destination. Like Belgrade, the airport is super fast to pass through, but the city needs some work on its branding. Promoting specific cultural assets of the city can create a virtuous cycle of consumer and business travel. So there is money to be made.

One of the secrets of Singapore‘s success as destination was Singapore Airlines, which created such a positive brand perception of Singapore. Dubai (Emirates) and Abu Dhabi (Etihad) have successfully copied this strategy for the most part.

Airline connections to cities matter. Zagreb, for example, was not easy to fly to and from (and the train connections were also quite poor). Tirana suffers the same problem, and even more so other cities in the region.

A great airline connection can dramatically enhance a city brand.

Air Serbia has strong potential to assist in developing Belgrade.

In conclusion, Eastern European capitals have better food than many cities (which other cities globally could learn from), and numerous under-promoted cultural assets. Both provide opportunities for Eastern European cities to develop and grow the local economy, and create new, unique city brands from within.