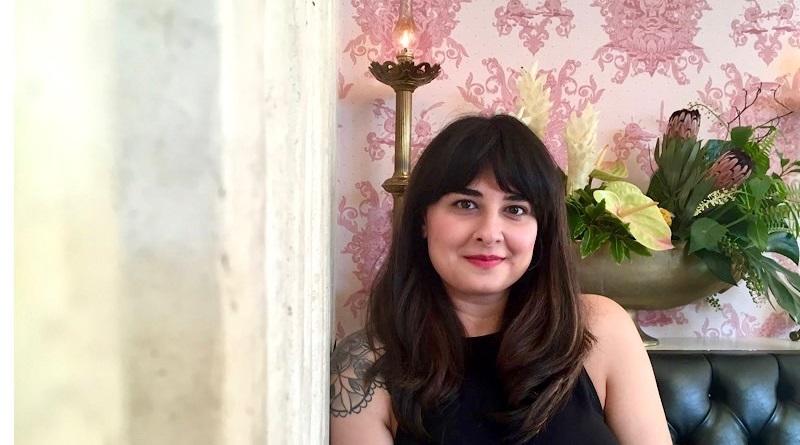 Ruya Yuksel in this interview looks at city branding from an urban sociology point of view, reminds us of the role of identity in connection with place brands, and explains why consistency and long-term thinking are the key to success.

Ruya, do you remember the first time you heard about city branding – and your thoughts back then?

It was around the second semester of my first masters (Marketing Management) back in London. I have always had an interest in brand identity but when it came to deciding what to research for my dissertation, I wanted to go beyond the traditional product or service branding.

Additionally, architecture, the use of urban spaces and emotional attachment to places have been fascinating topics for me for a long while. So, city branding, in a way, is the child of my academic and personal interest.

I was studying at a university specializing in a more general approach to marketing and communications, so I had to investigate place branding myself. It was the work of Dr Myfanwy Trueman (who later became my PhD supervisor) around regeneration and city branding and the research of Dr Mihalis Kavaratzis (who later became my PhD examiner) on the transition of city marketing to city branding that opened up a whole new door for me.

I was especially fascinated by the multi-and-cross disciplinary aspects of city branding, but this also posed a serious challenge to grasp the scope of this field, especially when continuing to study the topic further for my PhD.

How has your view on city branding changed since?

When I first started, it was around the time when the word “branding” was being hyped by city officials and branding agencies were employed even by the smallest towns across the UK. It was the mistaken hope of “one formula fits all”.

What bothered me back then was the isolation between the fields of urban design and planning, city branding, sociology, public policy and psychology. These fields are heavily interrelated, yet with different viewpoints and emphasis, and often clash with one another.

What is different now, I’d say, is that these fields are more aware of each other, more inclusive and we see more interdisciplinary approaches.

With a PhD in City Branding (University of Bradford, 2016), which would you consider the main insights for practitioners, from your studies?

The importance of an organic, inclusive approach to branding cities.

Many city managers and government officials are still more interested in the pursuit of short-term solutions on how to “sell” the city to investors, in the belief that with an attractive image and a promotion plan, all problems will eventually be solved.

At this point it is crucial to first understand that a city is made up of social relations within a specific geographic boundary, especially among its residents and businesses, and has a certain degree of natural resource capacity.

For instance, when I did my research on Leeds (UK) and Istanbul (Turkey), it was evident that Leeds residents could handle new population, and the city’s resources, transportation links and proximities can house big business investments. To the contrary, Istanbul has already reached a saturation point that is beyond keeping the existing residents and businesses happy and satisfied.

Seeing lots of people on the street could mean safety in Leeds, whereas in Istanbul it is associated with chaos and the unknown.

We frequently talk about brand positioning, capacity and co-creation. These concepts are also key to branding cities, yet require a more inclusive approach. People from Paris often refer to themselves as Parisians with pride. This is a key indicator of co-creating a chunk of the Paris brand, owning and reflecting it to the outsiders with a strong sense of pride.

You teach both branding and marketing at university. To your mind, how do the two concepts differ in theory – and how are they applied in practice?

I can find many ways to differentiate the two but if I have to put it simply, branding evolves around the identity, not necessarily created by a top-down approach but an understanding of all the elements that conjure up, and their relationship and harmony with each other, as well as with external factors.

Branding is at the core of what marketing wants to achieve, whether it is sales or awareness, in that it builds an emotional bond.

A key area of interest of yours is identity within urban spaces and meaning. What fascinates you about this topic?

The fact that we are dealing with this dynamic, multifaceted nature of cities. More people live in urban spaces now than in the past and the impact of the urban on human life is greater than before.

Whether it is a metropolitan city, an attractive skyline, a historic market town or a summer vacation city, we are in constant relationship with cities, probably more than we often realise. We seek for some strands, some bond to identify ourselves with where we live.

This point is where my key interest lies, because there are some cities we complain about yet call home with pride, and some others satisfy our needs, yet we can’t place ourselves in them and hide/deny them being home.

What role does identity play in the city branding context?

We can’t really think of branding in any context without knowing what we are dealing with, creating, or managing. This might be a lot easier for products or services due to tangibility or standardization aspects. But for cities, it is more complex.

This is the reason why I decided to study urban sociology. I would say that the minute we talk about identity in a city branding context, we are also studying human behavior and relations within the city.

Which cities, urban centers or neighborhoods would you consider good practice examples of city branding or placemaking?

There are quite a few good examples. The ones I can think of on top of my head would be Portland (US), New York City (US) and Manchester (UK), with a clear image and a consistent set of identity elements to be managed.

We all have an idea, an image, when we talk about New York or how Manchester has built itself over the past 20 years from its ashes. To a degree we can compare Leeds and Portland with their heavy emphasis on the “independent” image. This is more dominant in Portland with high barriers for entry for chain stores and supermarkets; in Leeds it reveals itself in the strong support for local, independent shops.

Which do you consider the main challenges in getting city branding “right”? Which pitfalls should urban planners and city managers avoid?

Consistency and long-term thinking. As I mentioned earlier, cities are in a rush to adopt and apply branding strategies in the hope that it will help them. We have seen an example of this with the controversial water fountain feature in Bradford city centre, with a heavy cost of £24.4 million, yet most of the shop windows are boarded up leaving the city looking empty.

Or the positioning of the Barcelona brand for the tourists to the expense of the locals; it has become a city for tourists. I guess what I’m trying to highlight here is this:

Branding offers great opportunities for cities to thrive if it is taken as a comprehensive approach, rather than a hype.

Which research topics would you investigate next, if given sufficient time and money?

Over the past few years, my interest has shifted towards the residents’ perspective and their involvement and attachment to where they live. I’m specifically looking at luxury high rises and their impacts on community engagement in New York City.

We are all somehow being offered dreams of big, metropolitan city living, yet often these cities are saturated in their basic offerings to both existing and new residents, creating more problems, and needs, than they can afford.

I’m looking at issues like how new luxury high rise living is isolating the residents, effecting their engagement and involvement with their community. And more importantly, what kind of urban spaces and social relations (or lack of them) we are creating by heavily investing in such buildings.

No doubt, these luxury high rises play a vital role in creating an image of the city as well as contributing to its economic wellbeing. However, my argument here is against creating a one dimensional city.

Connect with Ruya on LinkedIn.

Did you enjoy our interview with Ruya Yuksel about city branding and how it links with urban sociology? Thank you for sharing!